Covid-19 is not the biggest threat to UN peacekeeping

Sexual misconduct undermines the fundamental goals of peacekeeping operations. Why does it persist? 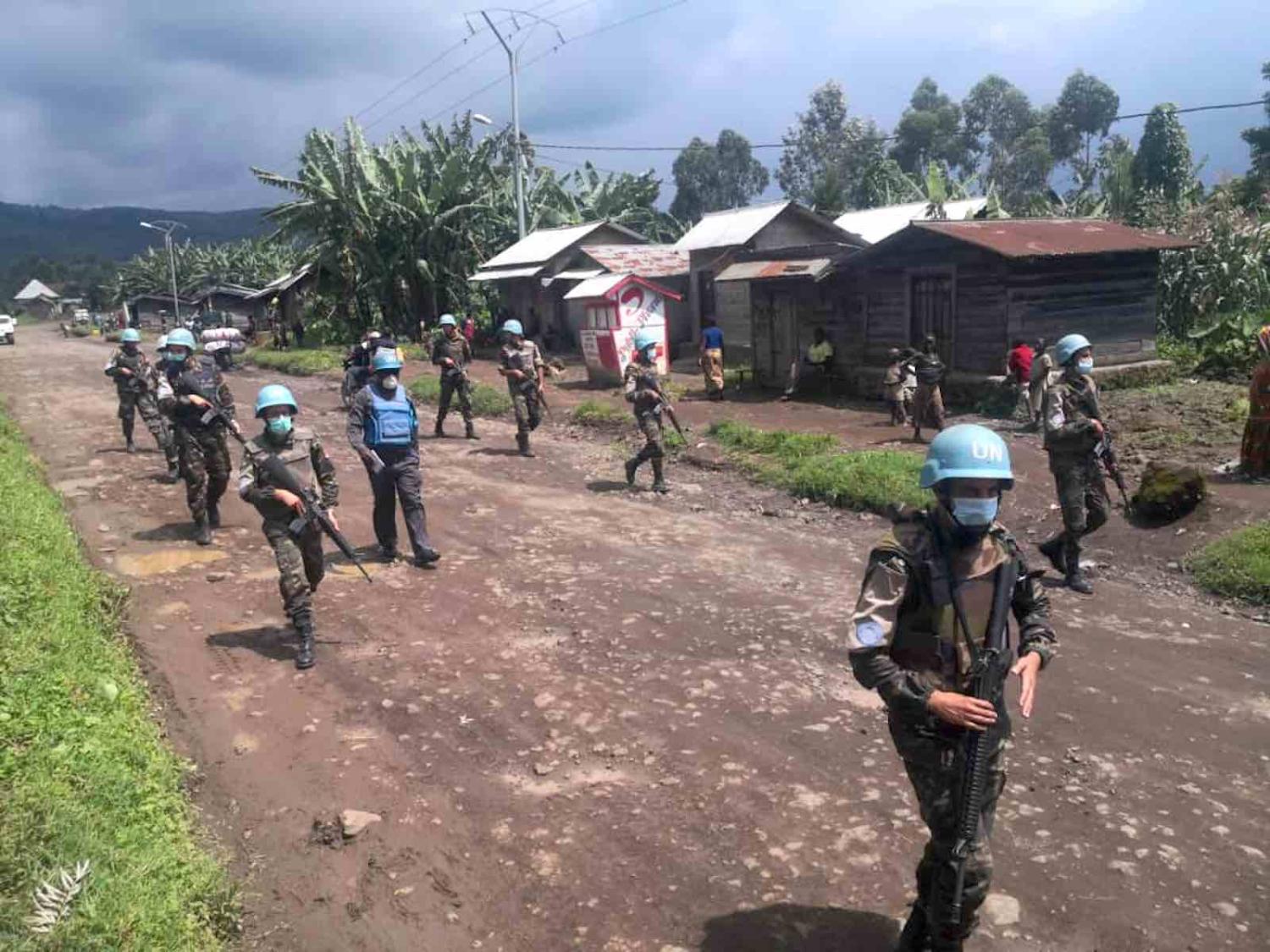 Last year, the UN estimated that 168 million people depended on humanitarian relief as a result of conflict, violence, and disasters, and peacekeepers were deployed to 13 countries to help conflict-affected societies navigate the often-bumpy road from violence towards peace. Covid-19 has already exacerbated global humanitarian needs, and will have particularly dire consequences in displaced populations and refugee camps, and in conflict and post-conflict zones, where health systems and essential services are weak, if they exist at all.

Moreover, the pandemic may lead to the escalation of violent conflict: although Covid-19 has pushed some armed groups towards ceasefires, in other places violence has intensified, or threatens to, as the pandemic draws the world’s attention. This trend is likely to continue as countries turn inward to deal with the virus’ effects on their own populations and economies. Thus, at a time when there may be fewer resources for peacekeeping, it may be in greatest demand.

However, while Covid-19 will amplify existing challenges to peacekeeping effectiveness and global perceptions of legitimacy, it is not the biggest threat to the future of peacekeeping. At the heart of these challenges lies the issue of sexual exploitation and abuse perpetrated by peacekeepers.

That some officials see sexual misconduct as a peripheral concern has meant that the structural and resourcing challenges are, in some missions, compounded by a lack of political will to address misconduct proactively.

This year, data released by the UN showed that allegations of sexual exploitation and abuse by peacekeepers in 2019 were 43% higher than in 2018. This is not particularly surprising: every year or so, allegations of sexual misconduct by peacekeepers ricochet around global media, shocking international audiences and leading to heartfelt statements about how such abuses will not be tolerated.

And yet, the abuses continue.

Why? At the core of the answer is the fact that the effects of sexual exploitation and abuse on peacekeeping outcomes are poorly understood and highly underestimated, as my recent book illustrated, drawing on interviews with diplomats, policymakers, peacekeepers, and others associated with peace operations. This has meant that many officials and personnel treat such misconduct as a relatively minor code of conduct issue, rather than one that strikes at the heart of peacekeeping effectiveness. Policy responses have been hamstrung and under-resourced as a result.

Research has shown how sexual exploitation affects the perceived impartiality of peace operations and contributes to the long-term entrenchment of transactional sex economies. My research, based on extensive fieldwork in Bosnia and Timor-Leste, has further documented how sexual misconduct by international interveners undermines the outcomes of individual peace operations on multiple levels.

The central goals of UN peacekeeping are five-fold: to protect civilians from armed conflict; to prevent conflicts in order to reduce human suffering and build stable and prosperous societies; to strengthen rule of law and security institutions; to protect and promote human rights; and to empower women to participate in peace processes. Sexual exploitation and abuse critically undermines each of these goals.

On the individual and community level, it compounds human rights abuses and poverty experienced by already vulnerable communities, sometimes resulting in victims (and children born of abuse) being thrown out of families and communities as a result of the stigma associated with sexual violence or exploitation. It contributes to the spread of sexually transmitted infections, puts women and children involved at risk of further abuses by police if they report their experiences, and often traps victims in cycles of abuse. It also leads to communities being less willing to “allow” women to work with international organisations and missions, for fear that they will be exploited in exchange for their jobs.

On the structural level, sexual misconduct by peacekeepers normalises sexually exploitative and abusive behaviours in post-conflict societies and institutionalises impunity for such behaviours in host-state security sectors, which peacekeepers train and mentor. It also does so among peacekeepers themselves, who export these behaviours (and impunity for them) into subsequent deployments. And it creates economies of sexual exploitation that long outlast the presence of peacekeepers, as business models adapt towards, for instance, sex trafficking and sex tourism, after peacekeepers leave.

And on the operational level, it undermines peacekeeping outcomes by diverting resources available for vital human rights and gender work towards sexual exploitation and abuse responses, seeding mistrust of interveners amongst local communities (the trust of local communities is a critical factor in peacekeeping effectiveness), and diminishing the confidence interveners themselves have in their organisation and in the international peacekeeping project. People I interviewed also recounted stories of how sexual exploitation and abuse by particular contingents within a peace operation made peacekeepers the targets of violence by local actors, and led to outright conflict with other contingents, as was the case when Australian and Jordanian peacekeepers came to blows in Timor-Leste.

These outcomes clearly undermine UN mandates around human rights, rule of law, and civilian protection, which peacekeeping doctrine holds as foundational to the establishment of lasting peace.

Perhaps most critically, when peacekeepers perpetrate sexual exploitation and abuse, they contribute to a deepening of the legitimacy crisis currently facing UN peacekeeping, and the UN more broadly. The UN relies on the commitment of its staff, member states, and the general public internationally to continue its work, and yet unchecked patterns of sexual misconduct lead to staff attrition, decreased funding, mistrust between member states, and they bolster those who seek to limit their country’s participation in peacekeeping.

A great challenge facing the UN in this regard is its structure: while the Secretariat has devoted significant resources to strengthening policy and accountability mechanisms, the actual responsibility for investigating and punishing misconduct by uniformed personnel falls to member states, some of whom are less willing or able to do so than others. Moreover, with ever-increasing pressure on the UN peacekeeping budget, mission leadership is forced to make difficult choices about how to distribute resources between what are considered “core security functions” and work that address issues of gender and sexual exploitation and abuse. That some officials see sexual misconduct as a peripheral concern has meant that the structural and resourcing challenges are, in some missions, compounded by a lack of political will to address misconduct proactively.

At a time when the UN’s work is more vital than ever, and when resourcing that work will likely be harder than ever, it is critical that threats its capacity and credibility are addressed. This means taking sexual exploitation and abuse seriously as an issue that strikes at the heart of the UN’s effectiveness in peacekeeping, and leveraging political will and resources to prevent misconduct more effectively and hold perpetrators accountable.

Previous Article
The false dichotomy at the heart of Australia’s China debate
Next Article
Diego Garcia: An American perspective

Book review: The Ministry for the Future

Putting the fate of the world in the hands of boring bureaucrats might not seem compelling – might just also be right.
Melissa Conley Tyler 27 May 2022 05:00

Ukraine: The view from Warsaw

Fiji: Cannabis should be high on the government’s agenda

The tourists are gone, and Covid has crippled the economy. A well-regulated marijuana industry might not be a bad idea.