Cox’s Bazar camps are in lockdown. No Covid-19 cases are yet reported, but infectious illness is already sadly common. 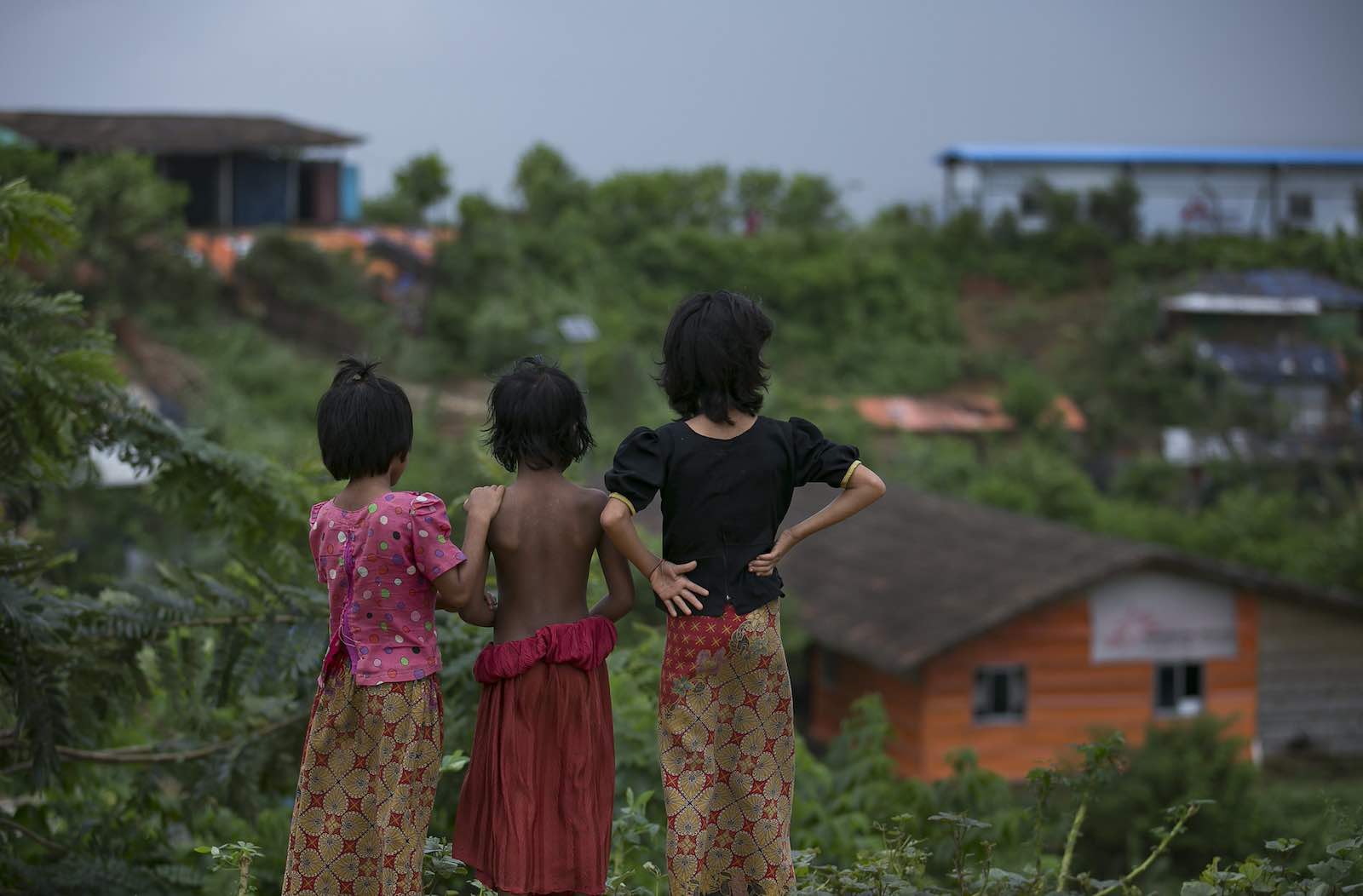 The Bangladesh government made the decision earlier this month to place the southern district of Cox’s Bazar in lockdown as Covid-19 cases in Bangladesh increased. Cox’s Bazar hosts the world’s largest refugee camp, housing almost a million Rohingya since late 2017 when around 700,000 fled violence in Myanmar, joining those previously displaced by fighting.

While there is yet to be a positive case of coronavirus identified in the refugee camps, the first case was recorded in the city of Cox’s Bazar on 24 March. Entry and exit from the area – other than emergency food supplies and medical support – has been prohibited in an effort to stop the spread of the virus.

A recent report for the Centre for Humanitarian Health at John Hopkins University has nonetheless suggested that a large-scale outbreak of Covid-19 in the camps is very likely and would lead to thousands of deaths.

Communities displaced by conflict are uniquely vulnerable to pandemics. In fact, displaced populations are particularly vulnerable to infectious diseases, and are more likely to die from infectious diseases than anything else. This is because their immune systems are often depleted, often having had limited access to food, potable water, and healthcare, and living in overcrowded and unsanitary camps.

Health infrastructure already overstretched and under-resourced, and health services don’t enjoying the full confidence and trust of the Rohingya residents.

Almost immediately after the influx of Rohingya refugees into Cox’s Bazar in late 2017, the World Health Organization detected a rapid and ongoing spread of diphtheria in the camps. Diphtheria, like Covid-19, is transmitted through respiratory droplets, and spreads quickly in overcrowded, unsanitary conditions with compromised immune systems.

In 2018, the Inter Sector Coordination Group (ISCG) further warned that the presence of cholera and acute watery diarrhea in Bangladesh, combined with overcrowding, lack of access to safe water and high rates of malnutrition in the camps, could result in an outbreak having “the potential to kill thousands”. The pre-existing prevalence of acute respiratory infection, with around 175,000 cases since start of 2020, is a strong indicator that Covid-19 would spread easily in the camps.

While diphtheria has a vaccine, and cholera a treatment plan, Cocid-19 so far has neither. In the absence of a vaccine or effective treatment, social distancing, self-isolation, and good hygiene practices have proven to be the most effective ways of staying safe during the Covid-19 pandemic. This fact has exposed socio-economic inequalities between those who are capable of these strategies, and those who are not.

For communities that are displaced by conflict, social distancing, self-isolation and access to soap and water are immediate challenges. For many of these people, the ability to isolate themselves from others is, as described by Médecins Sans Frontières, “a luxury”.

For the Rohingya who live in the 34 makeshift refugee camps in Cox’s Bazar, social distancing is not possible. Most live in cramped shelters covered with tarpaulin, and access to food and potable water is limited; it generally requires daily walks and waiting in queues. People also need to walk to and queue for overburdened and overcrowded hygiene facilities, including toilets – and they have limited access to soap.

The camps themselves are severely overcrowded. In a single square kilometre, 40,000 Rohingya reside. Overcrowding makes basic services hard to provide, and the rush to provide water facilities and latrines, after the influx of more refugees in 2017, increased the risk of water contamination.

Rohingya in these camps also have somewhat limited access to health care information and services, with health infrastructure already overstretched and under-resourced, and health services not enjoying the full confidence and trust of the Rohingya residents. This undermines their ability to protect themselves and compromises any effort to identify, monitor and contain outbreaks of contagious diseases.

Limited access to healthcare information was compounded recently by the government ban on mobile-phone and internet usage (Rohingya in the camps are not able to legally purchase SIM cards and internet coverage in the camps has been restricted since September 2019). This has generated misinformation and ignorance about Covid-19 and led to 26 international humanitarian agencies calling on both the Bangladesh and Myanmar Governments on 16 April to restore telecommunications in order to support “humanitarian efforts to save lives”. This ban has also separated Rohingya from support networks in Myanmar and elsewhere, so important at this time.

Misinformation is further resulting in people who feel unwell not disclosing this information because of frightening rumours about what authorities do to people showing symptoms of Covid-19. In addition to the impact this might have upon the spread of the disease, it further increases fear, insecurity, and stress among the Rohingya.

Telecommunications is also essential to carry out humanitarian work, particularly now as international actors work remotely (to avoid bringing the virus into the camps) and rely on people in situ. While some international organisations have continued and expanded their activities in the camps to best prepare for an outbreak of Covid-19, all relief work other than essential activities was halted in late March.

Protection services have drawn down, including child protection and psychosocial support, leading to likely increases in insecurity and violence, especially as stress and anxiety increase in the camps. Child-friendly spaces have been closed and a long-awaited education program put on hold. Children, and particularly girls who are often confined to their shelters, are thus unable to access what may be their only safe spaces and support mechanisms at a time when they are most needed – compromising their current and future well-being.

So far, experience has shown that responding to the coronavirus pandemic requires early action, well-resourced and organised health care, socially disciplined and well-informed populations with the capacity and resilience to respond, and space and time. These were already in short supply in refugee communities. As Bangladesh enters its monsoon season in coming months, major challenges are ahead.