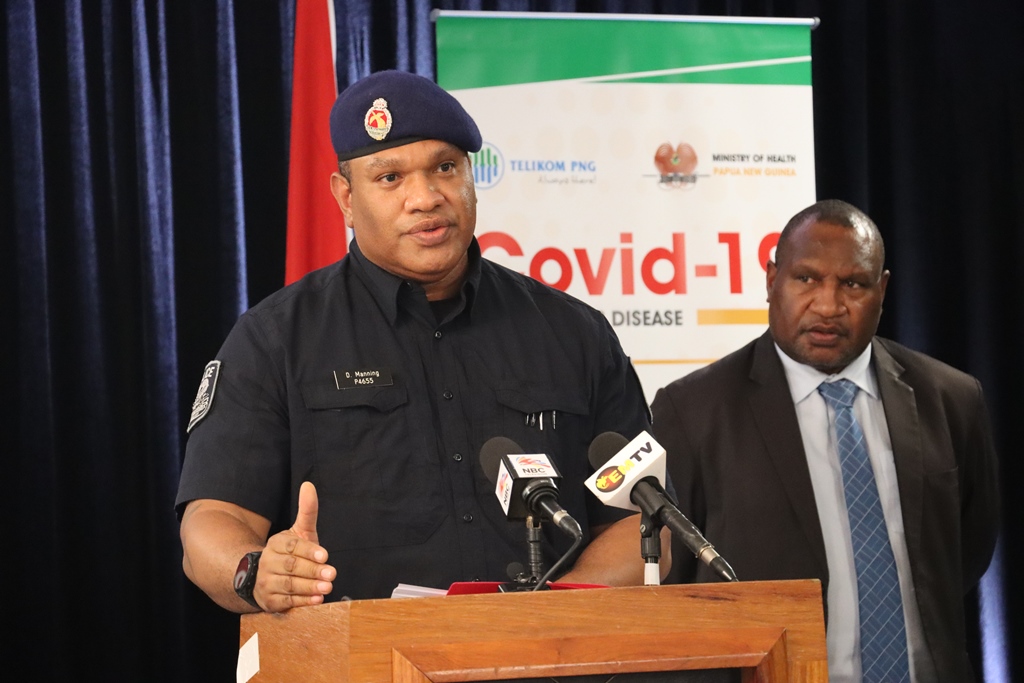 There must be days when Papua New Guinea Police Commissioner David Manning wonders what he has signed himself up for.

On Friday night, he revealed that his officers had found a ute-load of plastic-wrapped cocaine, just days after discovering an Australian-registered light plane that had mysteriously crashed and been abandoned on the outskirts of Port Moresby.

That PNG police were able to find the drug stash was a good news story, highlighting positive cooperation between them and their Australian counterparts.

But the find also confirms a bad news story: that PNG is now an entrenched staging point for the smuggling of illegal drugs and contraband into Australia’s north.

The two-year Australian-led operation to track the smugglers had resulted in an agreement for a “controlled delivery” of the illicit cargo to Australia. Things went awry when the clandestine flight crashed while taking off from a makeshift strip at Papa Lea Lea outside Port Moresby.

Police at the Australian end quickly swooped in and arrested five men in North Queensland and Victoria over the conspiracy. At the PNG end, the local force scrambled to track down the local connections – and the drugs. Commissioner Manning says four men have now been detained, in addition to the Australian pilot who presented himself at the Australian High Commission in Port Moresby two days after the crash.

While investigations in Port Moresby continue, speculation swirls on PNG social media about the alleged involvement in the case by senior police and government officials, some of whom have angrily denied any links. As well as confirming PNG’s unwelcome role as a drug transit point, the case has also revealed the inadequacy of the country’s legislation to deal with high-level drug importation.

While Manning weighs that challenge, he is being kept busy on another front: as the formal head of the country’s response to the coronavirus pandemic.

In recent days, PNG has confirmed nearly 40 additional cases of Covid-19. The most damaging cluster is centred on the country’s largest hospital, Port Moresby General. It has already forced the closure of PNG’s main public health laboratory, which was at the centre of its testing capability.

Many Papua New Guineans are wondering what has been done in the intervening months to improve health system capacity, and how money set aside for the coronavirus response has been spent.

A health department officer travelling from Port Moresby appears to have seeded a new outbreak in the country’s second-largest city of Lae, which he visited to attend a workshop with local health workers. The virus now appears to be spreading widely in Port Moresby’s suburbs and settlements. Local health officials are bracing for the impact.

Australia has sent a medical expert team to PNG to help with the response. Coronavirus cases have until now have been quarantined in a specially built isolation facility, but that reached capacity at the weekend. Plans for another 300-bed centre at a local sport stadium are being activated, but may be quickly overwhelmed if case numbers continue to grow.

A new 14-day lockdown has been imposed in an effort to limit the spread of the virus. Face masks are now compulsory in Port Moresby, and the city’s PMV public transport buses have been shut down. A much-needed increase in testing capacity means that a better picture will soon emerge of the spread of the virus: but it also will mean a substantial increase in the number of cases identified.

Prime Minister James Marape admitted months ago that the country’s health system was not ready to cope with the pandemic. Many Papua New Guineans are wondering what has been done in the intervening months to improve that capacity, and how money set aside for the coronavirus response has been spent.

With his central role in the response to the disease while contending with the activities of international criminal syndicates, Manning finds himself at the centre of multiple, complex challenges that are putting his country’s already strained institutions to the test.

Show Comments
Previous Article
Defending Australia in a high-tech future
Next Article
The way to post-Covid recovery in the Indo-Pacific? Act now