A crowded house on the Bougainville ballot

With independence negotiations looming, hundreds of candidates are running for house seats, and 25 for president. 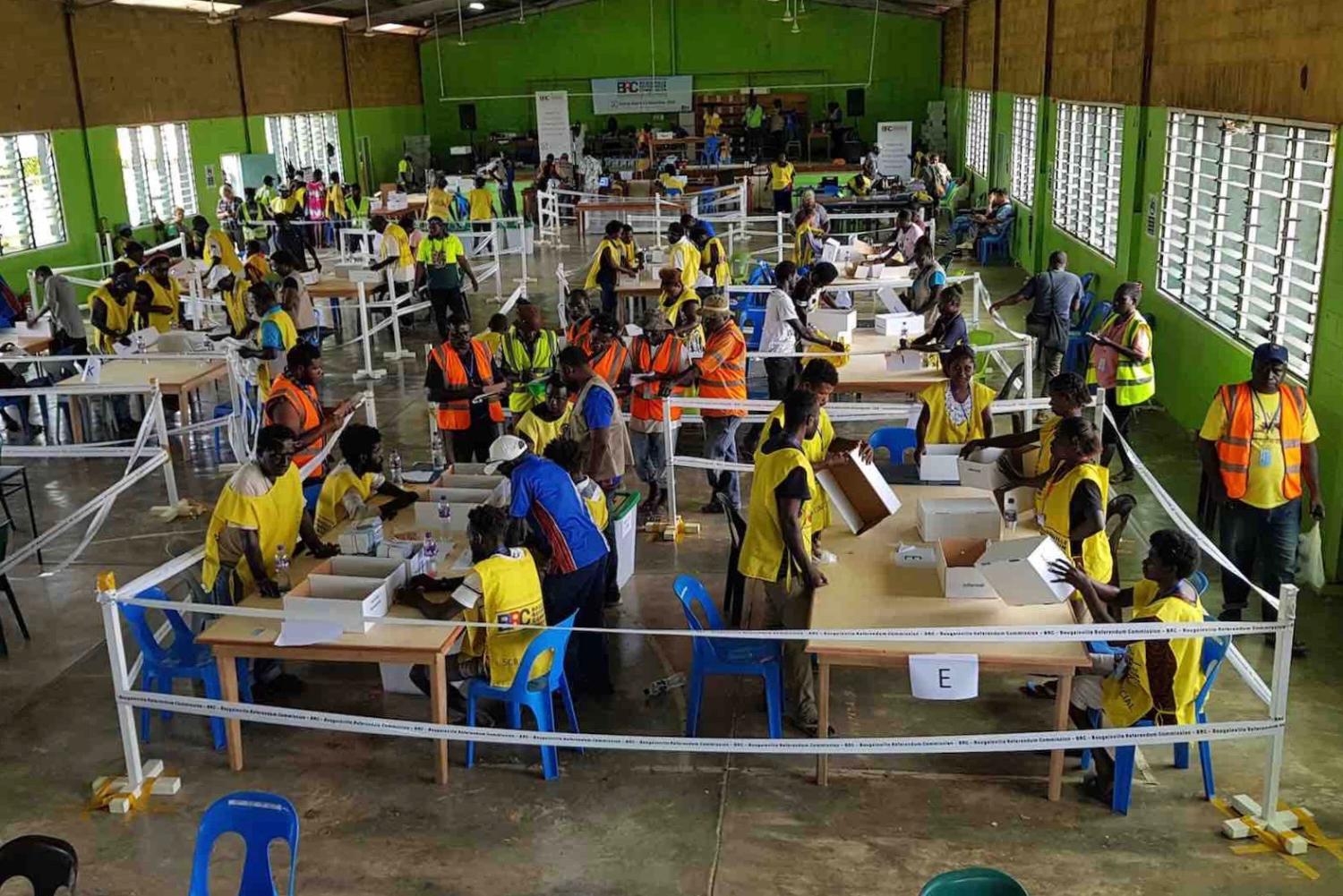 There’s been little rest for democracy in Bougainville.

After a break of a few months, the Autonomous Region of Papua New Guinea is plunging back into politics, with elections formally launched this week for its regional House of Representatives.

Coronavirus had forced a delay to the process, but with writs now issued and nominations lodged, Bougainvilleans will be soon dealing with a barrage of candidates and campaigns in a political environment that has radically changed in the five years since they last voted for their local representatives.

The most obvious change is that late last year, Bougainvilleans voted overwhelmingly to seek their independence from Papua New Guinea in a long-anticipated referendum.

Another big change is that a mainstay of the Bougainville political scene – the incumbent President John Momis – won’t be on the ballot after reaching his two-term limit in office.

The big field will have realised the fears of some Bougainvilleans about an unwieldy ballot paper making for a potentially volatile campaign and an uncertain outcome.

The referendum result will loom over the election campaign because whoever Bougainvilleans choose as president will lead the negotiations with PNG on the region’s political future.

But voters will also be making their decisions on everyday issues too: issues like jobs, economic development, service delivery and governance.

There are 40 seats in the Bougainville House of Representatives. More than 400 people have signed up to run for them. Three seats are reserved for women, and three for former combatants in the island’s civil conflict.

While each seat will be closely contested, it is the presidency that is the headline act. Twenty-five candidates – some of them Bougainville’s best-known public figures – are seeking the top job.

Outgoing President Momis has supported the candidacy of his former chief public servant Thomas Raviet, who has stepped down from the bureaucracy to run. Former President James Tanis has nominated himself, as have conflict veterans Ishmael Toroama and Sam Kauona. Peter Tsiamalili Jr has quit as the head of PNG’s Sports Federation to run. Women’s leader Ruby Mirinka along with former MP Magdalene Toroansi are the only two women in the field. Even the member who represented the Autonomous Region in the PNG national parliament, Joe Lera, has quit his seat to try to win the presidency.

The big field will have realised the fears of some Bougainvilleans about an unwieldy ballot paper making for a potentially volatile campaign and an uncertain outcome, right when the Autonomous Region needs to unite and choose a strong leader to handle the negotiations with PNG.

Bougainville’s instant-runoff, limited preferential voting system should help deal with some of those concerns. Voters will be able to rank three of the candidates on their ballot papers. The best outcome will be a president who enjoys broad support.

Yet whoever eventually triumphs, they will have beaten 24 prominent would-be presidents – none of whom will be getting a seat in the House of Representatives.

Add to that list the outgoing President Momis, whose efforts to overturn the constitutional limits on another term through a parliamentary vote and a constitutional challenge came to nought.

There’s a view that Momis could be a good candidate for the now-vacant Bougainville seat in the national parliament, and continue to play a prominent role in negotiating the political exit from Papua New Guinea.

But that election is another campaign, well off in the distance. For now, there are seven weeks of campaigning, followed by three weeks of voting for the House of Representatives.

And Bougainvilleans might be keen to take a short break, at least before they get into another round of electioneering.

Arguments that Australia can relax about not having a US ambassador put a brave face on what is a missed opportunity.
Daniel Flitton 6 Apr 2020 14:00

A round-the-world tour of culinary tips to give your quarantined kitchen a truly international flavour.