An American administration with little apparent regard for human rights put sanctions on an alleged war criminal. Why? 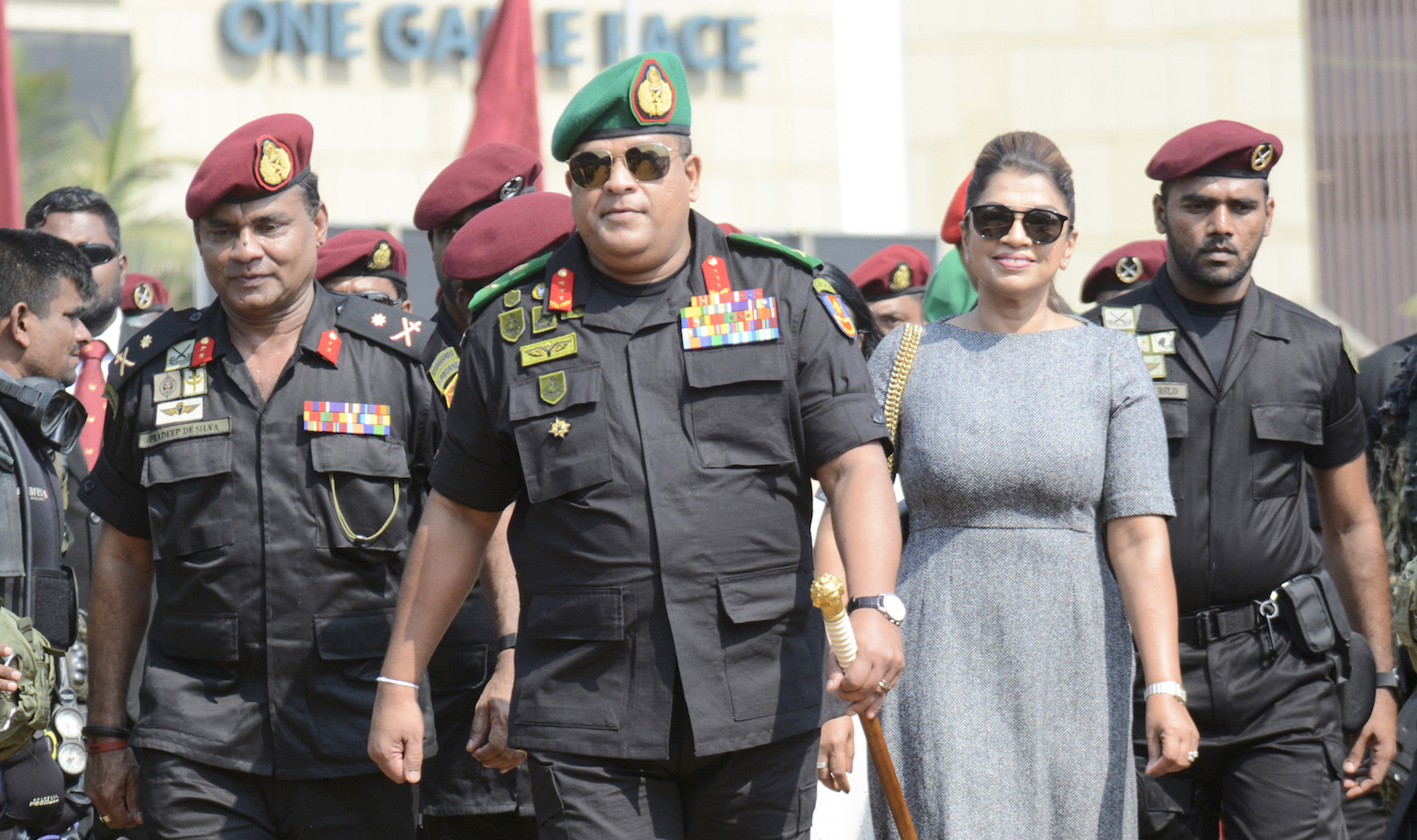 In February, the United States imposed individual sanctions against Sri Lankan military chief Shavendra Silva, who is presently both the Acting Chief of Defence Staff and Commander of the Sri Lanka Army. The move essentially means that Silva and his family cannot enter the United States “due to gross violations of human rights”.

Silva is an alleged war criminal, but since the end of the island nation’s civil war in 2009, he has been promoted several times. In a press statement, US Secretary of State Mike Pompeo outlined the concern about the blood on Silva’s hands:

Pompeo’s statement also cites “credible information of his involvement, through command responsibility, in gross violations of human rights, namely extrajudicial killings” during the end of the war.

The International Truth and Justice Project has put together a detailed 137-page dossier about Silva and the allegations against him, describing Silva as “arguably the most important frontline ground commander” in the last months of the 26-year Sri Lankan civil war. That fighting involved massive civilian casualties, and serious allegations have hung over the military since then, including charges of war crimes and crimes against humanity. More than a decade later, there has been no accountability.

So why has the US acted now? Does the Trump administration actually care about human rights in Sri Lanka?

The singling out of Silva for sanctions probably isn’t really about human rights or war crimes concerns in Sri Lanka. Rather, it looks like Washington is trying to put pressure on Colombo for geopolitical reasons.

Broadly speaking, the Trump administration has been terrible on the issue of human rights. The president has repeatedly praised autocrats and has exhibited his own authoritarian tendencies. He has regularly undermined democracy promotion efforts. In 2018, the US withdrew from the UN Human Rights Council. In short, the criticism that the Trump administration is not all that interested in rights is more than valid.

The sanctions on Silva, therefore, are notable, but they’re largely symbolic. It’s unclear what impact the move will have on US–Sri Lanka relations.

Moreover, the singling out of Silva for sanctions probably isn’t really about human rights or war crimes concerns in Sri Lanka. Rather, it looks like Washington is trying to put pressure on Colombo for geopolitical reasons – largely due to concerns about China’s influence – with the hope that Sri Lanka will be mindful of US interests in the country and beyond.

In recent times, US influence in Sri Lanka has been hotly debated. This includes matters ranging from military cooperation to development to wider (and baseless) assertions that the US is actively seeking to undermine Sri Lanka’s sovereignty. Last month, Colombo announced that it won’t move ahead with a major development agreement, a grant that would have been made possible by $480 million of US government funding. The agreement was “aimed at reducing poverty through economic growth”.

Using human rights for geopolitical leverage is a risky move, because the Trump administration doesn’t want to push the Rajapaksa administration too hard on this issue. Accordingly, it has singled out one alleged (and very high profile) war criminal.

The sanctions almost certainly will not result in Sri Lanka finally getting serious about holding its alleged war criminals to account. After all, President Gotabaya Rajapaksa served as defence secretary from 2005 to 2015, and has been implicated in war crimes by a UN panel of experts, as has his brother, current Prime Minister Mahinda Rajapaksa, who served as president from 2005 to 2015. To this day, the Rajapaksas are venerated as war heroes by many ethnic Sinhalese for overseeing the defeat of the separatist Tamil Tigers and ending three decades of war.

On the other hand, these US sanctions are for many a welcome move, whatever their actual motive – particularly for victims and survivors from the Tamil community. The designation further tarnishes Silva’s international reputation and that of the Sri Lankan military more generally.

Beyond that, there is no telling what the lasting significance will be – or if other similar actions might be forthcoming.