Cut! How Hollywood self-censors on China

The Disney remake of Mulan has put Hollywood in an uncomfortable spotlight of its own. 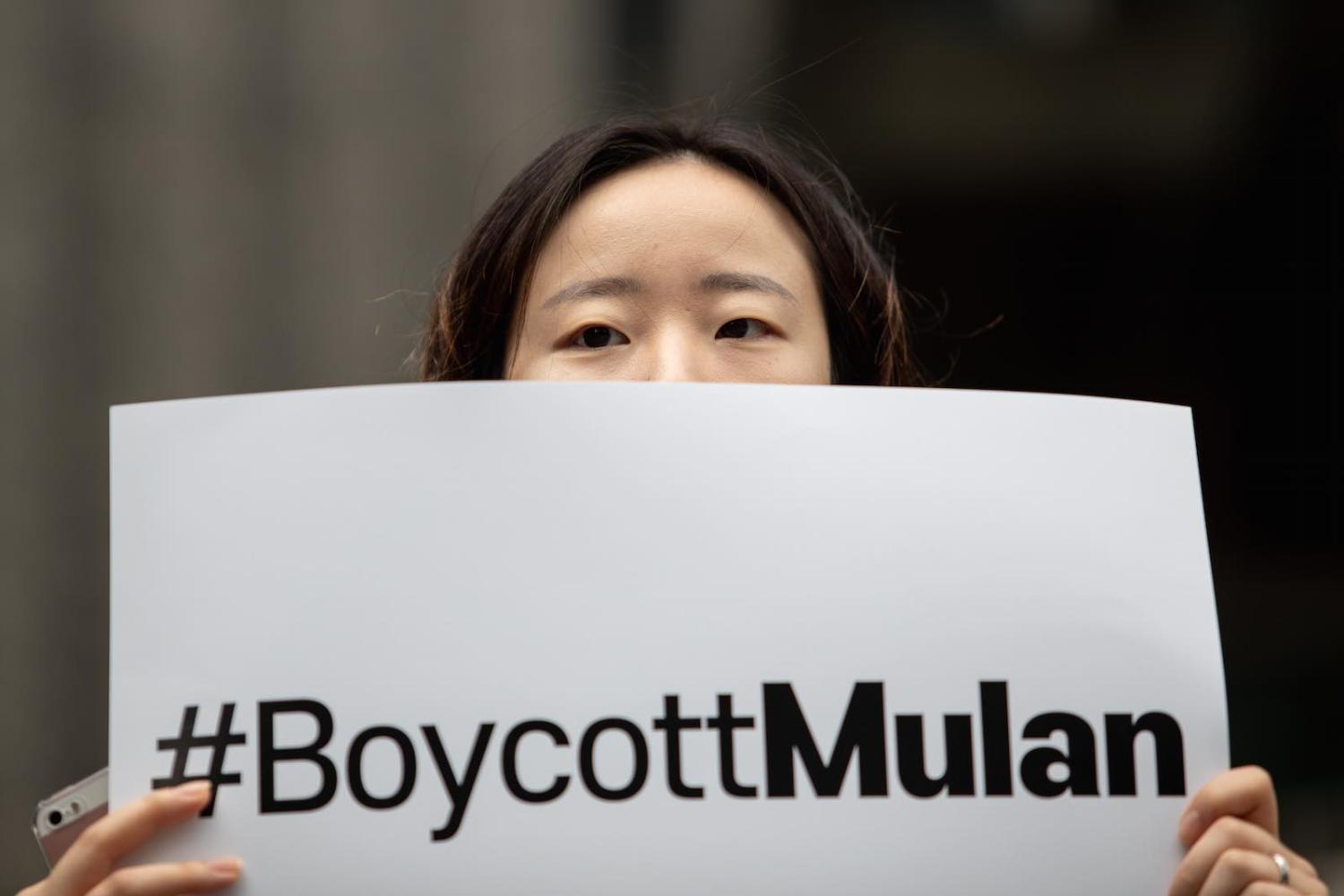 What should have been a family favourite film has turned into a political nightmare, with moviegoers around the world urged to boycott the new Disney film Mulan due to its links with the Chinese Communist Party.

Calls to boycott the live-action remake strengthened when audience members realised that Disney offered “Special Thanks” in the closing credits to government departments linked with Uighur detention camps. The Publicity Department of CPC Xinjiang Uighur Autonomous Region Committee and the Turpan Municipal Bureau of Public Security are both acknowledged at the end of the film. The former department is used to create state propaganda in the region, while the latter is accused of human rights violations for its involvement in the internment camps.

A major studio thanking government bodies associated with the mistreatment of Uighurs and other minority groups is the most blatant example so far of the power and influence that China has over Hollywood.

American production companies were once able to tackle topics considered unfavourable by the Chinese government. However, in 1997, upon the release of Red Corner by MGM, Seven Years in Tibet by Mandalay Entertainment and Kundun by Disney’s Touchstone Pictures, Hollywood quickly learned what would happen if they stepped on China’s toes. Chinese authorities announced a temporary stop to all business dealings with those three studios “in order to protect Chinese national overall interests”. Disney’s chief executive at the time, Michael Eisner, later apologised at a meeting with China’s then premier Zhu Rongji in 1998, calling Kundun a “stupid mistake” that “few people in the world ever saw”. This apology seemed to ease tensions between China and Disney, allowing the first animated Mulan to air in China the following year and enabled negotiations for Shanghai Disneyland to continue.

Disney holds a 43% stake in Shanghai Disneyland, which only opened four years ago at a cost of $5.5 billion. It’s an investment the company will not want to throw away. The same goes for its presence in the cinema. Before the impact of Covid-19, China’s box office was expected to overtake the US in 2020, making it the largest market in the world. The Chinese film industry has also continued to grow, with local films competing with blockbusters from the West. China has leverage regarding which movies get to succeed on its shores, and if Disney wants to gain a profit, it must play accordingly, at least from Beijing’s perspective.

The new adaptation of Mulan was meant to further endear Disney towards Chinese audiences. When the film’s leading actress Liu Yifei announced her support for the Hong Kong police over the pro-democracy protesters last year, Disney remained quiet while social media raged between users urging people to #BoycottMulan and a CCP campaign to #SupportMulan. The studio’s silence was seen as an implicit approval of the Chinese government’s actions and an attempt to curry favour with the Chinese box office. The forthcoming Top Gun film with Tom Cruise reprising the character Maverick has been criticised for switching out a Taiwan and Japan flag that had featured in the original.

Disney continues to dodge any political discussion in the “Special Thanks” controversy aruond Mulan. The fact that it filmed parts of the move in Xinjiang in 2018, the same year China intensified its “Strike Hard” campaign against Uighurs and other Muslim minorities, calls into question how much the production company knew about the situation. An estimated 1 million people are thought to be detained in the internment camps, where human rights abuses such as forced sterilisation are reported to have occurred. Human rights advocates have called for Disney to disclose if they conducted any due diligence regarding human rights and what sort of dealings they had with Xinjiang authorities.

Self-censorship is rife in Hollywood, as studios are painfully aware that any films that don’t go along with China’s party line could lose them millions in potential profits.

Speaking in a media conference, Disney’s Chief Financial Officer Christine McCarthy had little to say about the issue, stating only that it was common practice to acknowledge the local governments that allow filming to take place. McCarthy said that filming in China has “generated a lot of issues for us” but failed to elaborate. She avoided the topic of the Uighurs entirely.

Self-censorship is rife in Hollywood, as studios are painfully aware that any films that don’t go along with China’s party line could lose them millions in potential profits. According to research conducted by PEN America, film producers are reliant on verbal suggestions from Chinese officials, creating an air of uncertainty by not having things in writing. Any approval for films can unexpectedly be taken away – such as with Quentin Tarantino’s Django Unchained, which was pulled from theatres the day of its Chinese premiere. Filmmakers have the right to refuse suggestions from Chinese officials, but those who do are seen as outliers.

Tarantino, for example, refused to alter his depiction of Bruce Lee in Once Upon a Time in Hollywood, causing its release to be cancelled. Tarantino has the privilege of a long and successful career, but those who haven’t had the same history of success are more likely to conform to studio pressure. Filmmakers can become unofficially blacklisted for doing things China’s government may not approve of. Richard Gere, who acted in Red Corner and who has been a long-time supporter of Tibet and the Dalai Lama, publicly spoke about the impact this has had on his career. In an interview with the Hollywood Reporter, he said that studios avoid casting him now for fear of offending the Chinese government and that he’ll only be cast in independent films.

In response to the Mulan backlash, government authorities have pushed for a local media blackout prior to its release in Chinese cinemas. Audience reviews have also rated the film poorly, indicating that no matter how much a studio such as Disney panders to China, box office success is never guaranteed.

With its new air bases and leading-edge air power, China now has the strategic initiative in South East Asia.
Sam Bateman 30 May 2018 15:00

While Vietnam would welcome American warships sailing near the disputed islands, other Southeast Asian counties would be concerned about escalating militarisation.
Stephen Grenville 19 Jul 2017 10:45

How the IMF evaluates the Asian financial crisis

The tone of IMF Deputy Managing Director Mitsuhiro Furusawa is one of quiet satisfaction. But a different narrative can be told.