Europe seeks to keep bilateral ties from deteriorating as seen with the US and China, yet a rebalance is underway. 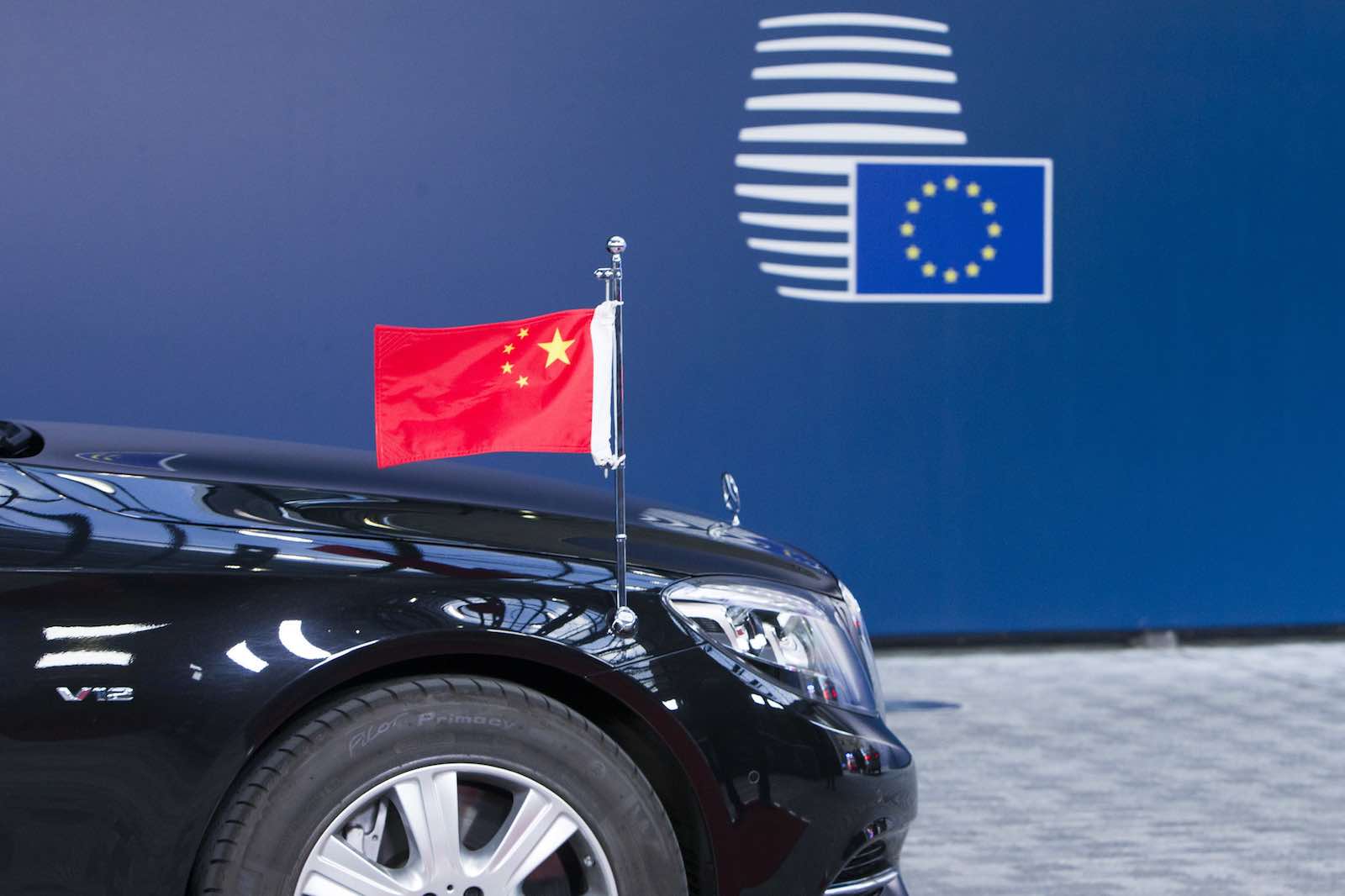 Diplomatic pageantry will have to wait: this year the EU-China summit will now instead be a video call (European Council President/Flickr)
Published 14 Sep 2020 10:00   0 Comments

2020 was supposed to be a transformational year in China’s relations with the European Union. Next to the annual bilateral summit, an extraordinary gathering of all 27 EU heads of government and China’s leader Xi Jinping scheduled for September 14 in Leipzig was supposed to conclude the long-running negotiations towards a Comprehensive Investment Agreement (CAI). Due to the pandemic, the summit will now instead be a video call between Xi, European Commission President Ursula von der Leyen, European Council President Charles Michel and German Chancellor Angela Merkel, since Germany currently holds the bloc’s rotating six-month presidency. While the summit might still be held at a later date, lack of progress in key areas is likely to prevail due to changing European views of China, diverging interests within the EU and geopolitical ramifications of the forthcoming US presidential election.

Europe has gradually been taking steps to rebalance and unify its relationship with China over the past years. In 2019, the European Commission adopted a more assertive stance by labelling China not only a strategic partner for cooperation, but also a competitor and “systemic rival”. Later this year, a strengthened screening framework for foreign direct investment will enter into force as concerns about strategic assets being bought by foreign entities have grown.

Moreover, measures have been put in place to punish imports from polluting companies. Plans have also been mooted to address a lack of reciprocity and distortion in the single market arising from foreign state subsidies, which could see the bloc limiting foreign firms’ access to public tenders.

To be sure, China does not want to turn inward entirely, yet even in sectors that are technically open to foreign firms, a system of complex administrative approvals and restricted access to necessary licences are only part of the difficulties that continue to hamper real access.

For the EU, a lack of progress on market access in China and a reduction of subsidies for Chinese state-owned enterprises (SOEs) remain major sticking points in concluding the CAI. Exactly in the areas where the EU is looking for more meaningful commitments, however, Beijing seems to be moving in the opposite direction: a three-year plan that signals new commitment to the central role of SOEs in China’s development was signed recently.

The pandemic and growing international tensions have also fuelled concerns about dependence on international supply chains. As a result, China’s leaders have been touting an economic framework – the dual circulation strategy – that seeks to shift focus to developing domestic demand and strengthening national production capabilities and self-reliance. Recent reports about a plan to integrate broad government measures to develop the domestic semiconductor industry into China’s next five-year plan to counter US restrictions are just one example illustrating these efforts.

To be sure, China does not want to turn inward entirely. Only last week it announced new plans to further open up the domestic service sector and to enable foreign-funded firms to benefit from preferential policies. But as the EU Chamber of Commerce in China has pointed out, even in sectors that are technically open to foreign firms. a system of complex administrative approvals and restricted access to necessary licences are only part of the difficulties that continue to hamper real access. Prospects the EU will find the type of commitments from China to address the asymmetries in market access and reciprocity it is looking for to make further progress in the signing of the CAI this year are therefore dim.

Another area where the EU is looking for progress is climate change. But in the face of the economic damage from the pandemic, the Chinese government’s climate goals might take a backseat to stabilising the economy and fighting unemployment. In the first quarter of 2020 alone, Beijing approved as many new coal power plants as over the course of last year. Given the vast domestic coal reserves in the country, doubling down on self-sufficiency could prove a further impediment to reducing emissions.

And, if China’s diplomatic outreach in Europe over the past two weeks sets the stage for Monday’s meeting, tensions over mounting EU criticism of China's more aggressive foreign policy and deteriorating freedom in Xinjiang and Hong Kong will further complicate the agenda.

Intra-European divisions will continue to challenge a more coordinated approach. While the summit in Leipzig could have been a step in the right direction with its plan to involve the heads of government from all member states, only last week the European Court of Auditors found that 15 member states had breached EU rules by agreeing bilateral deals with China as part of the Belt and Road Initiative. Countries such as Germany and France must be willing to pay an economic price to raise credibility for a unified approach with economically weaker European countries. Although the latter often get criticised for favouring Chinese investment over European unity, investment data show that the United Kingdom, France, Germany, Italy and Finland account for the lion’s share of all Chinese investment into the EU, with southern and eastern states only accounting for 7% and 3% respectively of the total in 2019.

Finally, the outcome of the US presidential elections in November will be decisive for future EU–China relations. While the EU will continue trying to prevent bilateral ties deteriorating to the same degree as between the US and China, what kind of China policy the next administration will adopt and to what extent it would seek cooperation with allies will nonetheless determine the space the EU has to respond to pressure from both sides.