If this really is a new Cold War, it’s off to a slow start. 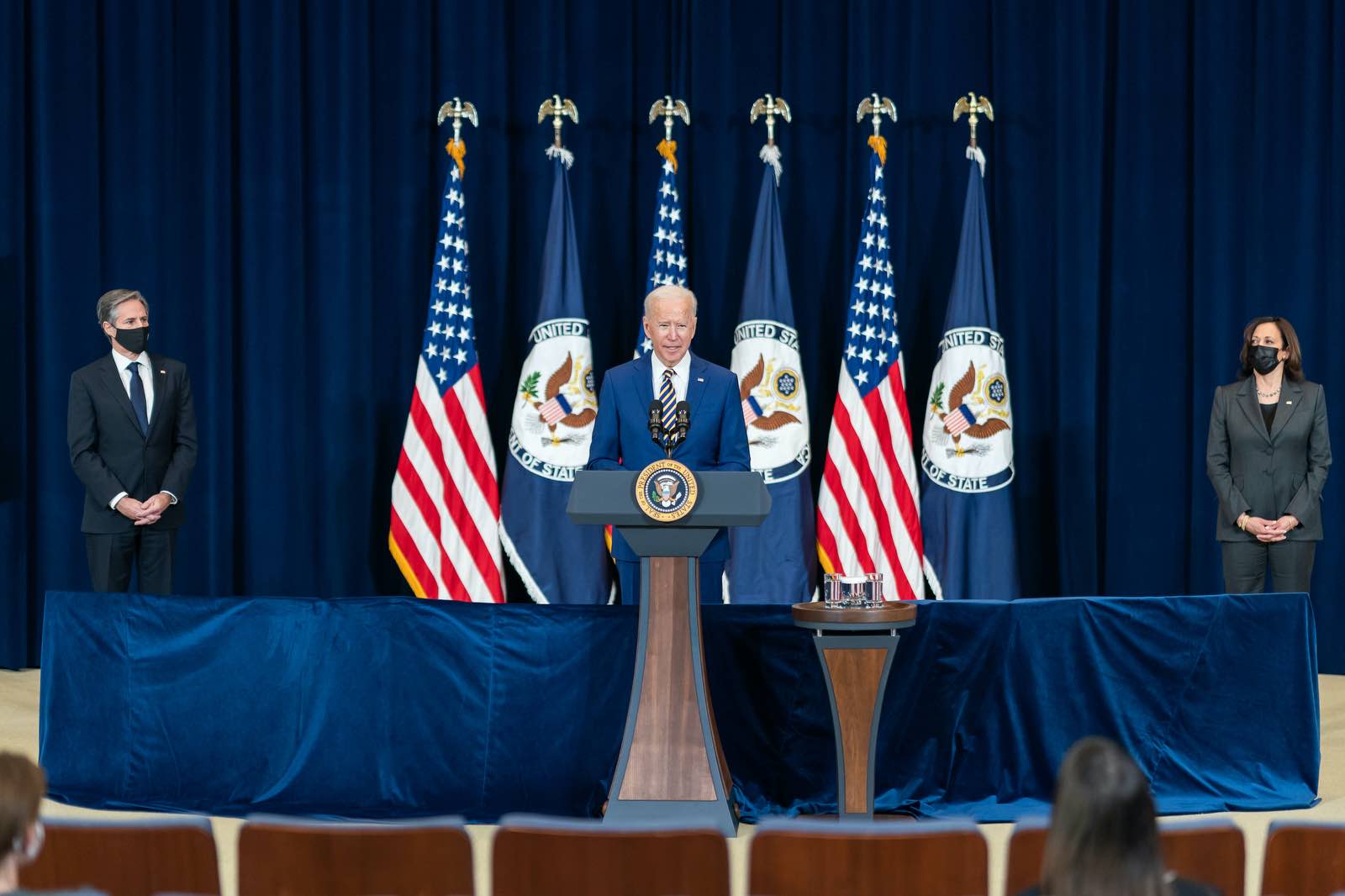 US President Joe Biden’s address to the Munich Security Conference last week was notable for this statement:

We are in the midst of a fundamental debate about the future and direction of our world. We’re at an inflection point between those who argue that, given all the challenges we face – from the fourth industrial revolution to a global pandemic – that autocracy is the best way forward, they argue, and those who understand that democracy is essential – essential to meeting those challenges.

So at the very beginning of his administration, Biden has told the world that the primary challenge of international politics is ideological – democracy versus autocracy. At the same time, Biden has set up China as America’s leading competitor. As he put it:

… we must prepare together for a long-term strategic competition with China. How the United States, Europe, and Asia work together to secure the peace and defend our shared values and advance our prosperity across the Pacific will be among the most consequential efforts we undertake. Competition with China is going to be stiff. That’s what I expect, and that’s what I welcome, because I believe in the global system Europe and the United States, together with our allies in the Indo-Pacific, worked so hard to build over the last 70 years.

It just so happens that the latest issue of Australian Foreign Affairs, out this week, is devoted to China’s autocratic challenge to the world’s democracies. I contributed an essay arguing that Biden’s commitment to an ideological agenda looks uncertain. The Munich speech, you might argue, ought to alleviate that uncertainty, but there are two big reasons to doubt his commitment to an ideological agenda.

First, Biden is sailing against the prevailing Washington winds. Yes, he promised during his campaign to host a “summit of democracies”, but the underlying story in Washington is that the ideological confidence which used to drive America’s China policy – free trade and exposure to a free internet will eventually move China in a liberal direction – has disappeared. The conventional wisdom has now moved to the other extreme: China has not only mastered the trick of maintaining iron-fisted communist rule while benefiting economically from open markets, but it has also tamed the internet so that it can never infect Chinese netizens with dangerous Western ideas. In other words, the new Washington consensus is that China and its authoritarian model are a permanent fixture of the international system, not ideological holdouts waiting to be toppled by the historical inevitability that is Western-style liberalism.

Biden is sailing against the prevailing Washington winds.

As Donald Trump demonstrated, it can be difficult to shift American foreign policy if you don’t have the support of its elites, so if Biden really wants an ideological contest with China, he has a job of work ahead of him. But not only does he need to convince elites, he will need to take the public along with him, too. It is notable that Biden gave this speech to a European policy audience, and not directly to the American public. In fact, no post–Cold War US president has faced the American people to say that the US is engaged in a new global struggle against authoritarian China.

Given the likely scale of such a contest – China is already much bigger than the USSR and will soon outrank the US in economic power – you would think that a major speech to the American people is a necessary precondition for entering it, as Harry Truman did in 1947 in a nationally broadcast speech to a joint session of Congress inaugurating the Truman Doctrine.

The fact that this has not yet happened is a major reason why we should doubt America’s commitment to fighting what some are calling a new Cold War. As I say in my Australian Foreign Affairs article, if this really is a new Cold War, it’s off to a slow start.

Show Comments
Previous Article
Are Indonesia’s “rubber” laws limiting freedom of speech?
Next Article
Afghanistan: To leave or not to leave