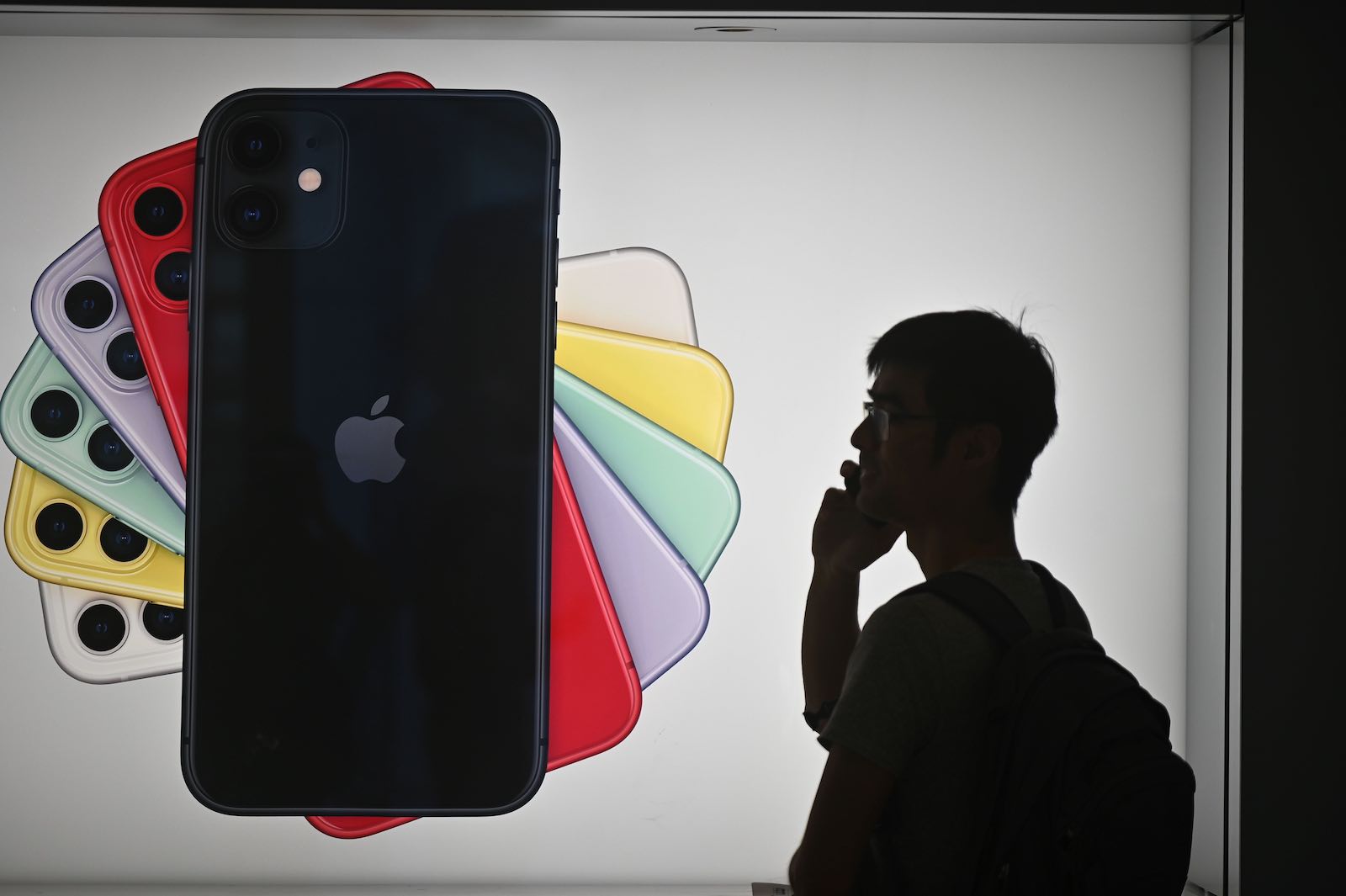 What might happen to the complex intertwining of the American and Chinese economies under a Democratic president? (Philip Fong/AFP via Getty Images)
Published 12 Mar 2020 11:00   0 Comments

This is the second in a three-part series of articles examining the Democrats’ and America’s place in the world in the lead-up to the US presidential election. The first article can be read here and the third here.

Throughout the Democratic Party primaries, the candidates have been rhetorically tough on China, especially its hardening authoritarianism, human rights violations, and trade practices, in keeping with the long winter of American discontent with Beijing. Equally, both Biden and Sanders argue the United States must find space to cooperate with China where interests align, notably on climate change. Elizabeth Warren, who has now dropped out of the race, could have been speaking for both progressives and centrists when she said the next president would have an obligation to cooperate with China to advance high priority national interests but that “our values cannot be used as a bargaining chip”.

“Cooperate where we can, push back where we must” is fine, so far as it goes, but it falls a long way short of a comprehensive strategy – progressive or centrist – to deal with a peer competitor like no other the US has faced. We are left largely guessing as to how the multidimensional challenges posed by China will be met.

A Democratic president would continue to battle Beijing on long-standing grievances like forced technology transfer, protection of intellectual property, and subsidies for state-owned enterprises.

Some consequential questions are worth considering. First, would competition with China continue to drive American grand strategy under a Democratic president?

The Trump administration’s 2017 National Security Strategy (NSS) marked a decisive shift from nearly two decades of focus on terrorism and other transnational threats towards state-to-state competition with China and Russia. The NSS commits the US to “compete with all tools of national power to ensure that regions of the world are not dominated by one power”. In the Indo-Pacific, America’s goal is to “uphold a regional order respectful of sovereignty”.

The roll-out of a plan to implement the NSS has been patchy, and President Donald Trump’s focus on trade deficits and ambivalence about alliances have significantly undercut its objectives. Even so, renewed US commitment to compete with China is welcomed by Australia, India, and Japan and, more quietly, by others such as Vietnam and Indonesia. Even those Asian nations that worry about being caught in the middle of great-power competition want the US to balance China’s power in the Indo-Pacific.

If he makes it to the White House, Biden will almost certainly persist with an Indo-Pacific strategy that puts competition with China at its heart and which invests in US allies and partners. There is no shortage of ideas in Washington on how to do this more effectively. We could also expect continued strong support for Taiwan (even Sanders, whose Congressional record on Taiwan is mixed, appears prepared to consider military force if China were to attack Taiwan).

Democratic Party centrists, at least, see the need for US foreign policy in the Indo-Pacific to be backed by hard power in the form of a US military able to deter aggression. They point also to the ultimate source of US power – the economy – arguing America must out-innovate and outcompete China.

The viewpoint of a Sanders presidency would be much less clear. Sanders has been comfortable confronting China when the subject is values, but he has had little to say about geopolitical competition.

Sanders’ advisers have expressed doubts about the long-term costs of sustaining US alliances, including in Asia. And Sanders himself has wondered aloud whether US-China competition could be softened in order to focus on the “common enemy” of climate change. Such a trade-off would give China enormous leverage over the US in the Indo-Pacific. The two issues do not need to be linked: renewed US engagement in the Paris Agreement is the proper place to push Beijing harder on emissions reductions.

In office, would Sanders have the interest and international focus for an immensely hard, drawn-out struggle over global power and influence with China? Would his approach to defence policy and unwillingness to use force sustain American deterrence against rivals such as China and Russia?

It’s too early to say if any of this would amount to the US abandoning any efforts to balance China’s power in the Indo-Pacific (“retrenchment”, as the strategists call it) under a Sanders presidency, but the possibility hangs in the air. This would be a disastrous turn of events for Australia and Asia, hastening the arrival of a Chinese sphere of interest in which our ability to protect our sovereignty and the independence of our decision-making is likely to be significantly weakened.

Second, what might happen to the complex intertwining of the American and Chinese economies under a Democratic president?

The centrists are probably not instinctively in favour of managed trade outcomes, but it’s hard to see any Democratic Party candidate walking away from the “phase one” deal negotiated by the Trump administration, with its massive commitments to buy US goods and commodities (assuming China doesn’t scrap the deal – a good test for a new President – because of the coronavirus).

A Democratic president would continue to battle Beijing on long-standing grievances like forced technology transfer, protection of intellectual property, and subsidies for state-owned enterprises. Trump’s “phase one” deal did not address all of these issues. Enforcement of others will remain a challenge.

We could also expect some partial decoupling to continue, driven by a combination of economic and security factors. Sanders could be even harder on China on trade than Trump: he has made it clear he wants to rewrite US trade policies to favour American workers and bring more manufacturing jobs back to America.

The Covid-19 emergency will amplify the voices of those calling for the US to reduce its dependency on China. China won’t suddenly stop being a major global manufacturing hub. Shifting production is expensive, and China still has some significant advantages, including an immense and readily deployable labour force. But the coronavirus outbreak is likely to accelerate an existing trend towards some diversification of supply chains and the shifting of production by US companies closer to other global markets. In some industries, such as the production of essential medicines, change is likely to be faster and more substantial.

Competition over technology will also continue to drive partial decoupling. Any future Democratic president, for example, is likely to want and/or face significant pressure to keep Chinese companies out of US critical infrastructure such as America’s 5G wireless networks.

The next article in this series will explore Democratic approaches to trade agreements, and the challenge presented by North Korea.