The sickness in the country’s health system was apparent long before the pandemic. Covid only makes reforms more urgent. 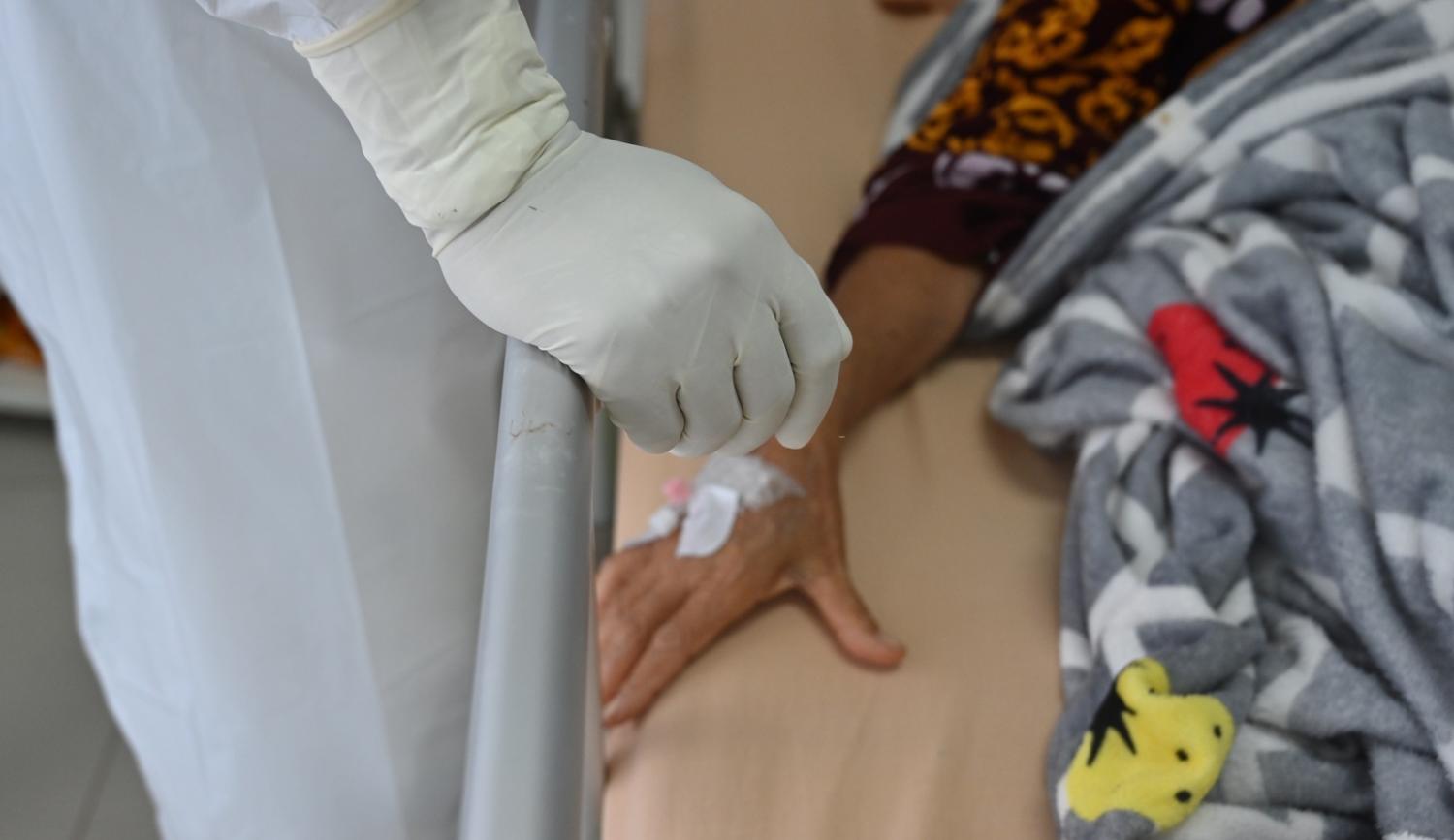 Long before the pandemic, Indonesia has been consistently underinvesting in its health sector: A Covid-19 patient at a general hospital in Bogor in January (Adek Berry/AFP via Getty Images)
Published 14 Sep 2021     Follow @ujangw

In July, Indonesia was dubbed one of the global epicentres for Covid-19. Media reports warned of a health system collapse and cemeteries overwhelmed with burial demands. But a little more than a month later, Indonesia’s situation seems to be improving. The second week of September marked seven consecutive weeks of falling case numbers.

Those headline figures can obscure local challenges. The latest figures from the World Health Organisation suggest that the situation has improved nationally but concerns remain about the possibility of a prolonged outbreak outside Java, where health infrastructure is poor. Gaps in vaccination rates between regions and continuing issues with testing mean that Indonesia still has challenges ahead.

Last month, presenting the 2022 budget to the parliament, Indonesia’s Finance Minister Sri Mulyani emphasised that the proportion of money allocated to the health sector in the next year will comprise 9.4 per cent of total spending, much higher than the minimum of five per cent mandated by law. While a significant part of the health budget will be allocated to deal with Covid-19, the Minister highlighted that there will also be support for health system reform. A particular aim will be strengthening health promotion and preventive functions.

Covid-19 has amplified the specific vulnerabilities in Indonesia’s health systems in need of urgent attention.

But it would be misleading to suggest that the pandemic has unmasked the vulnerabilities in the health system. Many chronic problems in Indonesia’s health system, including gaps in health infrastructure, the availability and quality of health workers, inequities in access to health care, to name a few, have long been apparent. A major review of the Indonesian health system published in 2017 outlined a comprehensive list of necessary reforms.

Indonesia has been consistently underinvesting in its health sector, spending only about three per cent of its GDP on health. Decentralisation in 2001 shifted much of the control of public expenditure on health and service delivery to local governments, leading to arguments about geographical disparity in health infrastructure and service delivery. Other indicators point out the persistent gender disparities in health.

The years since 2001 have seen a series of reforms in the health sector, including efforts to improve the quality of health workers in 2013, and most importantly the adoption of universal health care in 2014. However, experts continued to argue that more reforms are needed to address the challenges posed by the country’s changing demographic and epidemiological landscape.

For example, despite a decline in infant and child mortality rates and a corresponding increase in life expectancy over the past five decades, stunting among children and anaemia among women continues to be a problem, indicating underinvestment in improving nutrition as well as challenges related to food security. Questions have also been raised about the sustainability of universal health care, particularly with high costs of treatment and economic loss due to non-communicable disease, such as diabetes and cardiovascular illness.

Covid-19 has amplified the specific vulnerabilities in Indonesia’s health systems in need of urgent attention. Disruptions to health services including essential services to children and mothers and services for people suffering non-communicable diseases in the early days of the pandemic have been widely documented.

The expanded public expenditure budget on health for 2022 reflects the increased priority, at least in the short term, on the health sector. Yet many difficult trade-offs remain. A large proportion of the health budget for the coming year will still be allocated to dealing with the Covid-19 pandemic. The emphasis on strengthening and transforming primary care, aligned with a call by the World Health Organisation, may come at the expense of secondary and tertiary care. Beyond expenditure issues, health reforms will likely also require regulatory changes, including those governing the production and distribution of pharmaceuticals and medical equipment, and licensing of the health workforce.

More importantly, many regulations and policies that affect the health system are outside the sector. One example is trade policy. Only last month, the government threatened to impose new restrictions on the import of medical equipment and supplies that can be produced domestically. This approach is reminiscent of the government export ban on medical supplies in March 2020, which ended up backfiring.

A further challenge is the lack of high-quality data necessary to mount an effective response to the pandemic. A weak system for collecting vital statistics meant Covid case numbers and fatality rates went under-reported, and complicated the vaccination roll-out.

Such problems in Indonesia’s health system have been known for years. What has changed is that the pandemic has sounded a clarion call for urgent action.

This theme will be discussed at the Australian National University’s 2021 Indonesia Update, In Sickness and In Health: Diagnosing Indonesia, to be held online from 15–17 September. The Update will feature leading scholars and practitioners discussing the ways Indonesia and Indonesians have encountered, navigated, and overcome the challenges of achieving longer and better quality of life. Information and registration details can be found here.

The challenge is cyclical: if a degree from an overseas university is seen as a better investment, why demand better teaching back home?
Sara E Davies, Sophie Harman 1 May 2020 06:00

A winding back of hard-won women’s rights in Europe has implications for us all.
Eduard Lazarus 1 Sep 2022 09:00