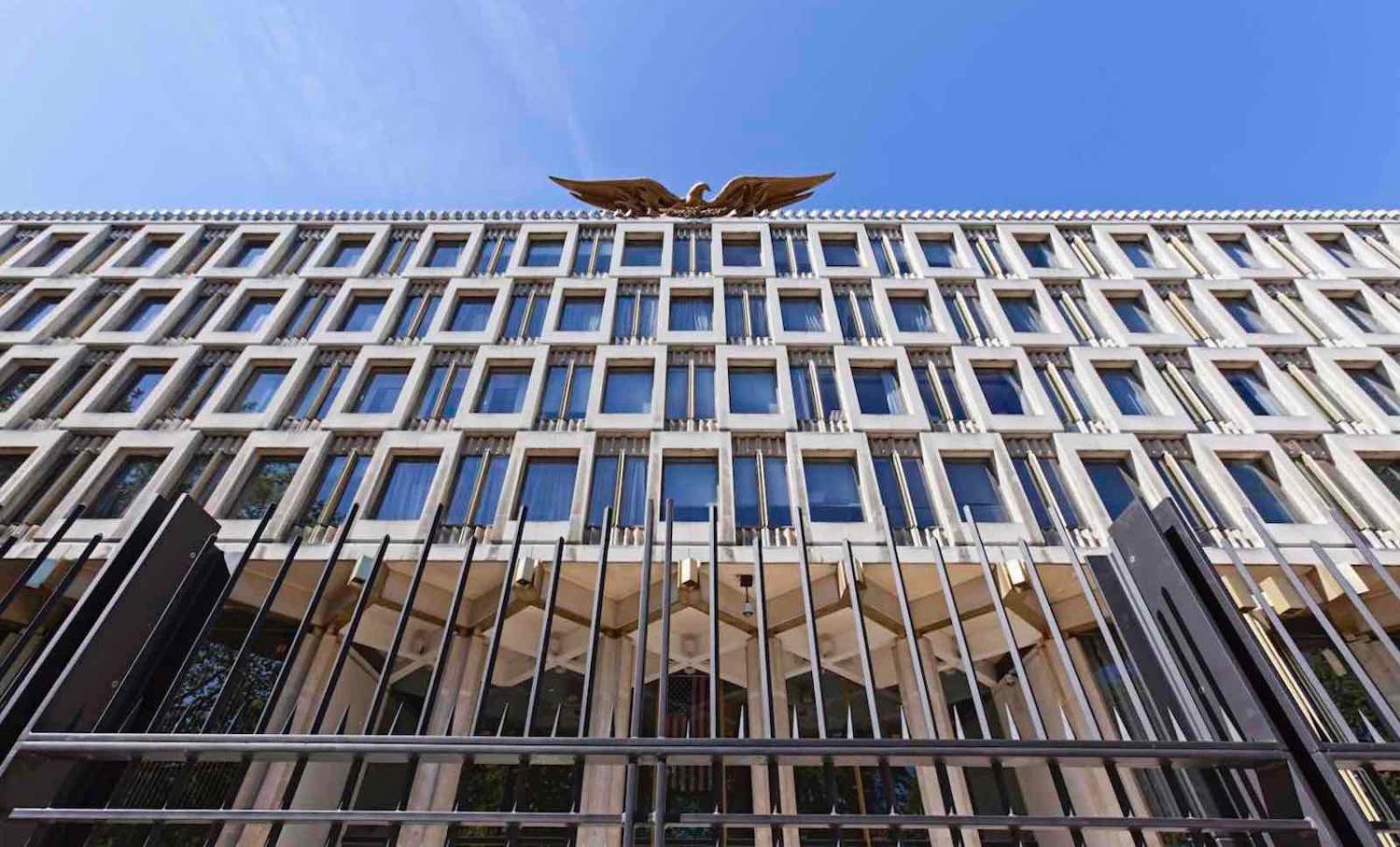 The US Embassy in London (Photo: TerryJ/Getty Images)
Published 15 Jun 2022

The current diplomatic spat between the United Kingdom and the United States, following a fatal road accident involving the wife of a US “diplomat”, draws attention, yet again, to diplomatic immunity and its potential abuse.

The facts, as reported by the UK media and based on witness accounts, are that on 27 August 2019, a car was being driven on the wrong side of the road and collided with a motorcycle ridden by Harry Dunn, a 19-year-old Briton. The car had just left RAF Croughton, a Royal Air Force base in Northamptonshire used by US forces. The driver was Anne Sacoolas, the wife of a US government employee at the base. She was questioned by police, but she returned to the US shortly afterwards.

Compounding the grief and dismay of Dunn’s family was the claim, apparently asserted by the UK Foreign Office, that Ms Sacoolas had diplomatic immunity and could not be prosecuted over the collision anyway. This led to demands from many quarters, including by Prime Minister Boris Johnson, that the US waive her immunity and return her to the UK for prosecution. In the latest news, the Foreign Secretary has confirmed that as Ms Sacoolas has left the UK, diplomatic immunity no longer applies, so there is no impediment to the criminal investigation proceeding – apart, of course, from the fact that she is not present in the country.

The rationale for immunity, for both diplomats and their families, is simple and fundamental: to protect the envoy from any interference in the performance of his or her functions.

The incident, and the public reaction to it, raise two issues of particular interest. First, was Ms Sacoolas ever entitled to diplomatic immunity, and second, is it time to revisit the extent of that immunity?

In international law, diplomatic immunity is governed by the Vienna Convention on Diplomatic Relations 1961 (VCDR), to which almost every state is a party. The UK’s obligations under the VCDR are implemented by the Diplomatic Privileges Act 1964 (UK). In essence, a diplomat in post is completely immune from criminal proceedings, and almost completely immune from civil proceedings (with exceptions not relevant here).

This immunity extends to the family of the diplomat, so that Ms Sacoolas could not be prosecuted in the UK for as long as her husband held whatever position it was that entitled him to diplomatic immunity. Diplomats retain immunity forever for their official acts, but that condition obviously cannot apply to their families. So if Ms Sacoolas were to return, she would only have immunity if her husband were still in post, and media reports suggest that he has also left the UK.

But Mr Sacoolas was not a diplomat – neither he nor his wife was listed in the UK Diplomatic List of all foreign diplomatic staff in London. Unnamed UK diplomats to whom The Guardian spoke explained that the Diplomatic List was not exhaustive, and that RAF Croughton was “treated as an annex of the US embassy”. RAF Croughton is a critically important US intelligence facility: a fibre-optic cable runs from the base to the US Camp Lemonnier in Djibouti, which conducts drone strikes in Somalia and Yemen. Mr Sacoolas was therefore probably a CIA employee (the National Security Agency have denied he was theirs), which may explain both governments’ reluctance to elaborate on his immunity status.

It has been suggested that he might have been covered by the Visiting Forces Act 1952 (UK), which provides that visiting forces are subject only to the sending state’s military courts and not the local UK courts. But even if it did apply, the Act does not extend to family members. Another possibility is foreign state immunity, which would certainly confer immunity on Mr Sacoolas as a US government employee, but only for official acts and from some civil proceedings – not family members charged with criminal offences. “Special mission” immunity is very similar to diplomatic immunity, but would not fit comfortably here – it is intended to cover temporary official visits rather than employment overseas.

If Mr Sacoolas had nevertheless been granted “diplomatic” immunity, it would need to be on some legal basis, because otherwise one arm of the government (the Foreign Office) would be arbitrarily excluding the power of another arm of the government (the courts). But the ability to challenge such a grant is limited, one obstacle being s4 of the 1964 Act which says that a certificate issued by the Foreign Secretary is conclusive evidence that the person named is entitled to immunity.

The rationale for immunity, for both diplomats and their families, is simple and fundamental: to protect the envoy from any interference in the performance of his or her functions. Politically motivated prosecutions are of particular concern, and examples abound in many countries of government critics and political enemies facing clearly trumped-up charges of sedition, fraud, corruption, and even treason.

Because the VCDR system is based on reciprocity, creating exceptions to immunity may be fine for a state such as the UK or Australia, but not for diplomats in states that do not follow the rule of law. However, traffic offences are – generally – objectively verifiable, and therefore less susceptible to political manipulation. And given the extent of abuse of diplomatic immunity in all traffic matters, from parking fines to causing death, it is well beyond time for the international community to amend the law accordingly.

Previous Article
The Wiranto attack and the ISIS impact
Next Article
Plogging along: India-China struggle to find momentum

By weakening encryption - by requiring encryption providers to afford backdoors to governments - we open the way to criminality.
Milton Osborne 25 Jun 2019 14:00

The wash of sediment downstream is crucial for the health of the river – and with it the economies it spans.
Alexandre Dayant 2 Oct 2019 11:30

The diplomatic recognition issue between China and Taiwan rolls on, plus other stories from the Pacific Islands region.