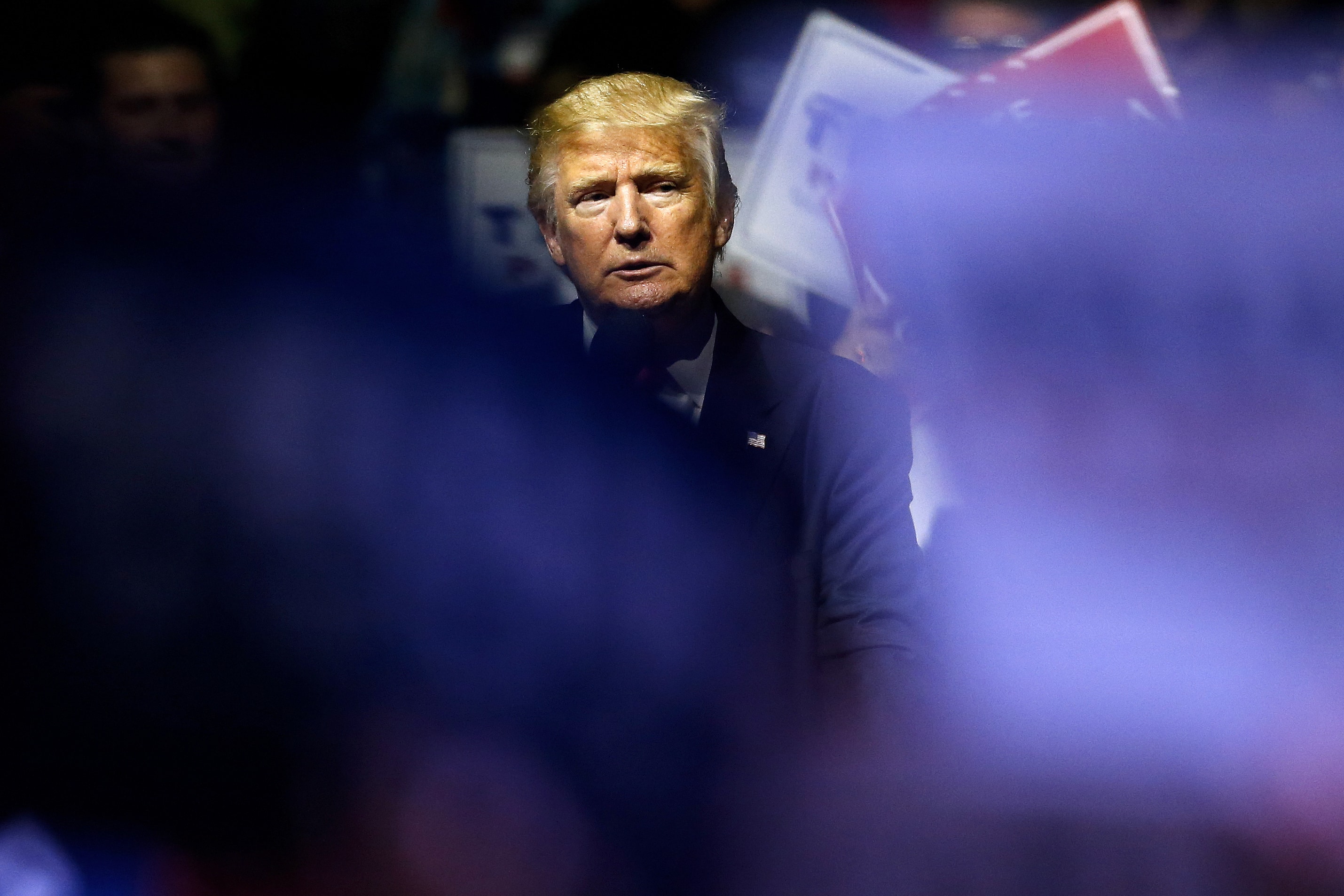 One of the great misfortunes of Donald Trump’s presidential campaign is that some of the policies he has suggested do actually deserve discussion, but are now tainted by the Orange One’s lunatic style, shallowness, and lack of focus.

For example, Trump has raised long-overdue issues about America’s gargantuan, expensive global posture; is world-spanning, interventionist primacy really in America’s interest, decades after the Cold War? There is disagreement on this; the two relevant intellectual communities on this question (academic international relations and the think tank set) seem to be genuinely drifting apart on the issue. But Trump has spoken to it again only in passing and in such an off-the-cuff way that one does not know whether he actually meant it. Given that he just went ‘soft’ on his signature proposal (mass deportation of illegal immigrants), he probably does not have any genuine beliefs beyond his own narcissism. I’ve argued elsewhere that Asian elites need not worry about Trump retrenching out here. He is almost certainly too lazy and intellectually unfocused to do the necessary hard work.

One of Trump’s most interesting ‘proposals’ (if a slap-dash interview remark can be called that) is allowing Japan and South Korea to acquire nuclear weapons. Of course he did not follow up on this (because he has no idea what he is talking about), and the Washington consensus against this idea is pretty strong. The last thing he wants to do is the hard intellectual work to actually argue the point.

But the issue is hardly so black-and-white. If Trump were not so dumb he might note:

As South Korea and Japan do not have nuclear weapons, they implicitly rely on an American nuclear umbrella that, if invoked, would chain-gang the US into a nuclear conflict. This is obviously hugely risky for the US, because it requires America to fight a nuclear war when it has not been struck itself, and for that reason, it will always suffer from an obvious credibility problem. Will the US nuke Pyongyang or Beijing for Seoul or Tokyo? My own sense is no. The majority of the US public has never supported the idea of American ground troops participating in a second Korean War. I find it even less likely that US opinion would support going nuclear, barring an actual strike on the US homeland.

This problem is not new. During the Cold War, US European allies worried about the same thing and ultimately concluded that they needed their own nuclear weapons. They have since managed them responsibly, just as Japan and South Korea would.

2. Japan and South Korea are quite capable of managing the complexity of nuclear weapons.

One of the general fears about nuclear proliferation is that many states are simply not bureaucratically capable of supervising them properly. Well-known concerns include accidental launches or bomb-drops, theft and proliferation-for-sale, and the loss of political control of nuclear bases to a rogue actor. These concerns apply to all states, but most obviously to badly governed or failed one; hence there is a great deal more concern about Pakistani or North Korean nuclear weapons than British or Indian.

But South Korea and Japan have the modern bureaucratic and legal structures (such as tight civilian control over the military and secure nuclear facilities) to be trusted with such weapons. No one serious believes there would be an AQ Khan network out of Seoul or Tokyo.

Another obvious concern about nuclear proliferation is that dictators (or worse, expansionists like Hitler) get them. But this obviously does not include stable liberal democracies like Japan and South Korea. Neither have started an armed conflict since World War II. Both broadly fit the ‘democratic peace’ theory. The same reasons that lead the US to accept Indian nuclearisation, while clandestinely planning to take Pakistan’s weapons if necessary, apply here. South Korea and Japan will not lose them, nor use them aggressively, just as France and Britain never have.

4. Japan and South Korea are US allies who would never use them against the US alliance network.

Both are longstanding US allies with deep ties to the US military and to Washington. There is no reason to think their nuclearisation would ever threaten the US or its allies; again, just as Britain and France have never used them for coercive diplomacy against the US or its partners

5. There is already a nuclear arms race in northeast Asia.

One of the most common objections is that South Korean or Japanese nuclearisation would ignite an arms race in  Asia. This may be so, in that Russia, China, or North Korea might decide to build even more nuclear weapons. But Russia already has thousands and Putin has lowered Russia’s threshold for nuclear use, while North Korea has ignored UN resolutions and global opinion for three decades to acquire nuclear weapons. These states have already nuclearised the regional environment, put South Korea and Japan on the nuclear defensive, and forced them to rely on the US for nuclear deterrence.

China, to its underappreciated credit, has maintained a small nuclear arsenal for decades (rumors suggest around 400 warheads). But that is more than enough to devastate Korea and Japan. China has not made much effort to rein in its North Korean client’s nuclearisation, and Beijing has insistently rejected South Korean and Japanese ballistic missile defense (Terminal High Altitude Air Defense, or THAAD) which would obviously make it easier for them to stay non-nuclear.

In short, there is already a nuclear arms race in Asia. Just because Japan and South Korea are not participating, does not mean that it is not happening.

This should not be construed as a full endorsement of Japanese or South Korean nuclearisation. Generally, the fewer the states with nuclear weapons, the better. South Korea would almost certainly never use them against North Korea, even should North Korea nuke South Korea. And if South Korean or (more likely) Japanese nuclearisation pushed China away from its currently restrained small stockpile, that would be clear loss.

Nevertheless, the debate is hardly as clear-cut as the Washington emphasis on US nuclear dominance would insist. Japan and South Korea are easily stable, capable, and liberal enough to be trusted with them (if India and Israel can have them without US complaint, why not South Korea and Japan) while Russia’s lower threshold, North Korea’s rules-be-damned build-up, and China’s foot-dragging on North Korea and THAAD all keep this issue alive. That Trump brought this up and does not understand it, does not automatically delegitimise the debate.