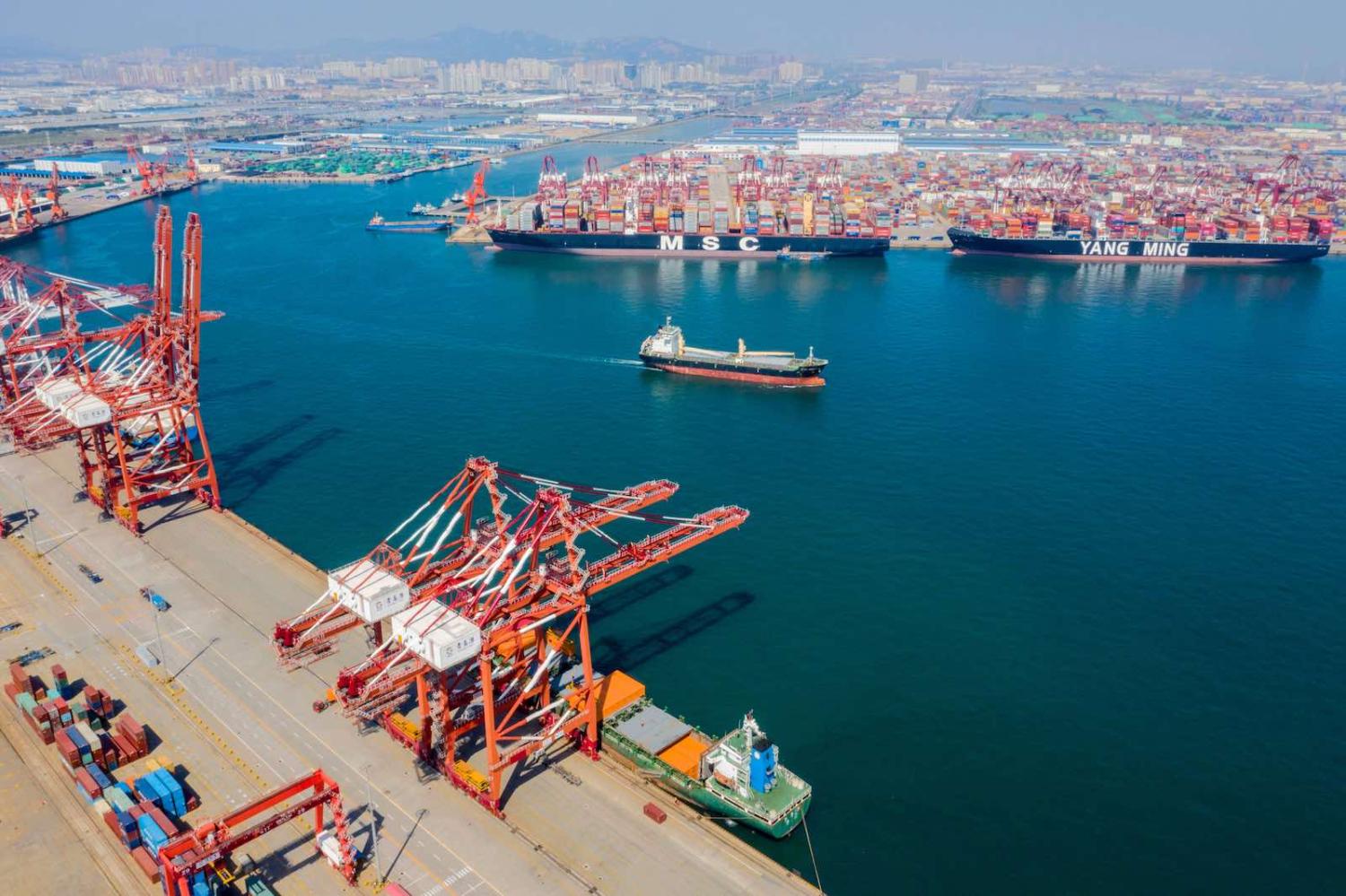 While Australia’s embrace of economic sovereignty has so far involved more rhetoric than real financial resources, cash incentives for reshoring manufacturing are gathering pace in other countries.

Last week’s €100 billion (A$162 billion) economic stimulus program from French President Emmanuel Macron includes €1 billion to fund the return of strategic businesses in sectors such as health and IT.

This broadly parallels Japan’s earlier creation of a US$2 billion (A$2.75 billion) fund in its first Covid stimulus spending package to help companies return selected strategically valuable production back home. And this funding is now reported to be heavily oversubscribed by Japanese companies wanting to reshore.

South Korea has also announced plans for incentives to bring back smaller businesses more to boost domestic employment than to strategically diversify, in an interesting reversal for a country whose companies are relatively newer globalisation players.

However, in contrast to Japan, only 8% of Korean companies operating in China and Vietnam say they want to return home.

The big reshoring question is still about how much foreign investment will shift from China due to a combination of rising production costs and more fractious diplomatic relationships.

Despite these relatively fragmented initiatives, the big reshoring question is still about how much foreign investment will shift from China due to a combination of rising production costs and more fractious diplomatic relationships, such as Australia’s.

This is easy for politicians to loosely talk about, but much harder for companies to actually do, given the new investment and dislocation involved. But Bank of America economists have now produced an estimate that it would cost US$1 trillion over five years to shift all foreign investment out of China that is not there to service the domestic market.

Remarkably, even though this is more than 1% of annual global GDP, or 5% of annual global goods trade, the economists describe the cost as “significant, but not prohibitive”. And they argue it could be done with only a slight loss in return on capital invested as businesses use more technology in their new locations outside China.

“Policymakers are also expected to help through tax breaks, low-cost loans and subsidies with recent announcements to that effect from the US, Japan, the EU, India and Taiwan,” the study notes optimistically of what would be a huge retreat from globalisation.

This is a calculation made from a distinctly US corporate and strategic perspective, which could be qualified in many ways. But it does provide a bracing measure of the cost of a continued spiral downwards in relations with China towards the much-touted new cold war–style bifurcated global economy.

But the latest statement from the remaining RCEP trade ministers two weeks ago reads more like unrequited love, noting that they want India back, in recognition of its potential to “contribute to the region’s prosperity”.

With the clock running down to the planned signing ceremony for RCEP on the sidelines of the Hanoi East Asian Summit (now probably only online) in November, time is even tighter to get India back in the tent. What is interesting is how much the latest appeal reflects the changed geopolitical zeitgeist regarding China.

While Southeast Asian countries like to claim ownership of RCEP, the group has long been portrayed as China’s answer to being excluded from the revamped Trans-Pacific Partnership For example, as previously noted, the modelling suggests China gains a US$85 billion annual national income gain by 2030 from being in, compared with only US$1 billion for Australia. India loses US$6 billion from not joining, compared with gaining US$60 billion if it had joined.

The Australian government has long talked up the pact for the way it is supposed to create integrated supply chains across the region, and more recently has promoted it as part of a post-Covid growth strategy.

This idea of a sweeping new economic zone substantially built around its largest economy, China, remains valid from an economic efficiency perspective. But it is starting to look potentially a little discordant with Australia’s new rhetoric about trade diversification amid deteriorating relations with Beijing.

In the latest step down this diversification path, Australia has recently agreed with Japan and India to look at ways to collectively develop greater supply-chain resilience, with Japan backing joint digitisation of trade procedures.

There are obvious other things these countries could do to mitigate a future crisis. For example, Indian pharmaceutical raw materials could be made available to Japanese and Australian final product manufacturers.

But all this coordination would look a lot more credible if India were already signed up with Japan and Australia to the much bigger supply chain integration rules envisioned by RCEP.

But now in an intriguing development, a senior official of Modi’s increasingly nationalistic and protectionist Bharatiya Janata Party, Ram Madhav, has thrown an unexpected lifeline to RCEP at a recent conference. He said:

This is a long way from India signing up in December, but it shows how fluid the geopolitical landscape is.

It is often said that that Indonesia and Australia are strange neighbours – even when the central governments are getting along these days as well, if not better, than they ever have.

But this week’s Australian National University’s annual Indonesia Update has underlined how the two countries share a common challenge these days managing the pandemic with unsettled relationships between their national and sub-national governments.

This is not surprising for Indonesia, which only embraced democratic multi-level regional autonomy less than 20 years ago, after decades of centralised authoritarian government.

Indeed, economist Hal Hill lists underfunded health care and an unsettled intergovernmental compact as the key weaknesses on display in the pandemic, in contrast to enduring strengths such as good macroeconomic management and a settled national identity.

With Indonesia tightening its Covid social distancing rules this week amid an economic slowdown, one of the main challenges facing the central government is to ensure that stimulus spending finds its way through various levels of local government to the people who need it.

One of the dilemmas in modern Indonesia is that public officials fear being accused of corruption if they make unplanned changes to spending.

As economist Blane Lewis says in an ironic echo of the Australian situation: “The sub-national (governments) often lead mitigation, but under central government direction. There is some chaos over who is supposed to do what.”

One of the dilemmas in modern Indonesia is that public officials fear being accused of corruption if they make unplanned changes to spending, making it hard to shift existing resources to sudden new priorities such as the pandemic. So while there is cash flowing, Lewis observes: “It doesn’t look like district governments are using their money very effectively for social protection transfers.”

And former finance minister Chatib Basri told the conference Indonesia had to urgently cut through existing obstacles to get stimulus money out.

These sort of idiosyncrasies in Indonesia’s evolving governance structure will need to be taken into account as Australia looks for new ways to provide longer-term Covid recovery assistance.

The concern within the Australian government about how Indonesia is going to emerge from the pandemic has been quietly underlined by an uptick in bilateral ministerial contact in recent months beyond the typical foreign minister communications. This is a positive development, given Indonesia’s proximity and its role as a regional partner in a disrupted region

But with Australia’s much-vaunted National Cabinet imploding over federal/state rivalries, it would probably be diplomatic not to be trying to tell its neighbour how to manage revenue sharing and healthcare across government boundaries.

Review: Clash of expectations for Hong Kong and Beijing