Working one for the planet

After a lifetime employed, what if people spend one last year in the job and donate their salary to charity? I’m game. 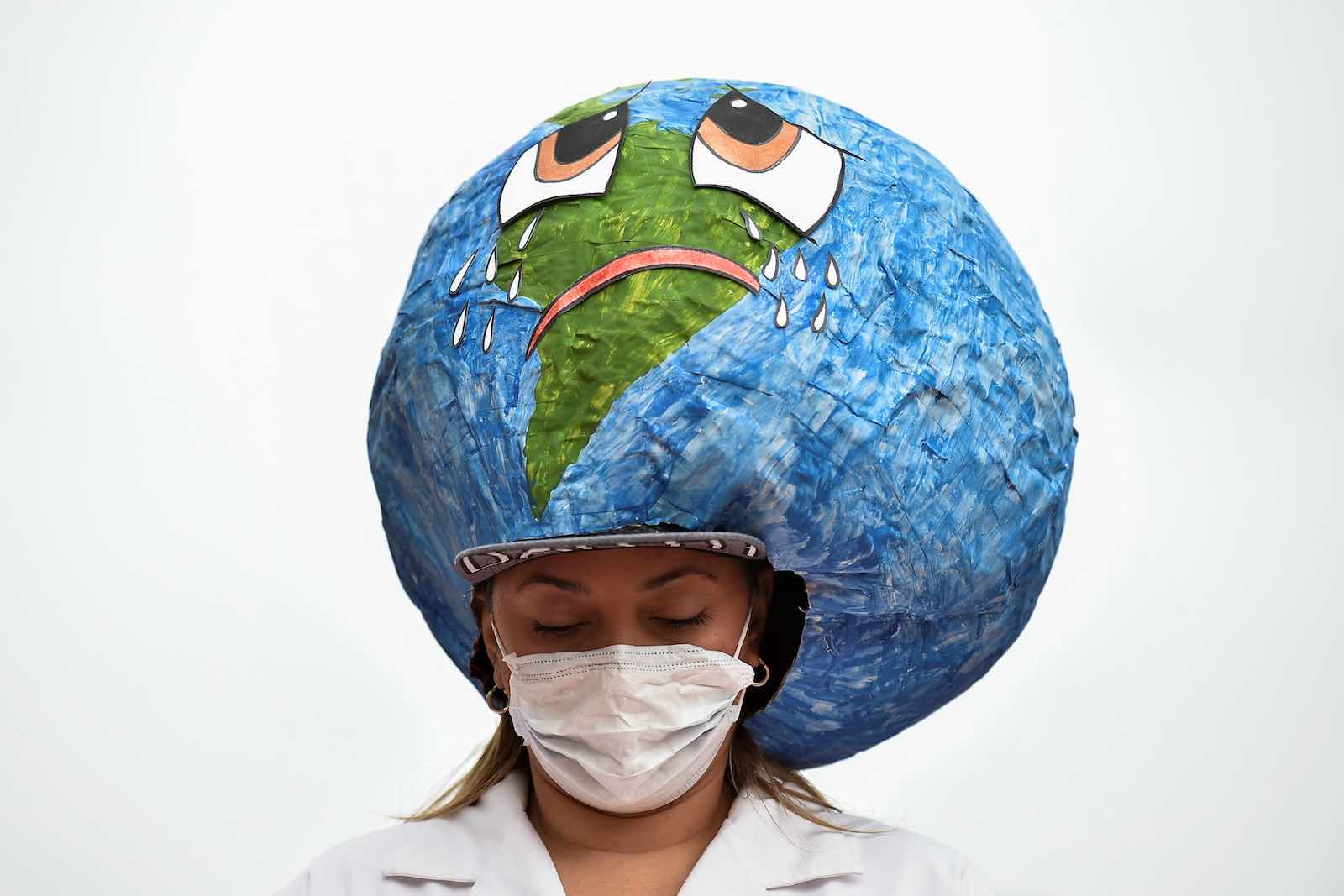 It’s easy to feel overwhelmed and impotent in the face of the manifold problems that currently confront the world (Luis Robayo/AFP via Getty Images)
Published 10 Sep 2020 10:00   0 Comments

It’s easy to feel overwhelmed and impotent in the face of the manifold problems that currently confront the world. Pandemics, persistent poverty, great power rivalry, not to mention the spectre of runaway climate change (which will undoubtedly make all of the above worse and possibly trigger the mass migration of millions of environmental refugees) don’t encourage optimism. Little wonder the mental health of young people in particular continues to deteriorate.

It’s not hard to see why youngsters might be despairing. The current generation of international leaders – with depressingly few exceptions – could hardly be less inspiring or even competent. The prospect of US President Donald Trump actually winning the forthcoming election would deflate even the pluckiest of optimists.

It’s not necessary to rehearse the woeful record of the Australian government when it comes to climate change or creative thinking about global and regional problems to recognise that Australia is also currently part of the problem rather than the solution. Consequently, dashing off a strongly worded email to your local parliamentarian doesn’t look likely to have a world-changing impact.

And yet, given that one of the most enduring problems we collectively face is economic inequality, one thing at least some of us can do – especially as our governments become increasingly stingy – is to make a modest contribution to global wealth redistribution.

It’s difficult to enjoy being “comfortable” when you know others are not.

Even by Australian standards, someone like me is comparatively well off. By global standards, I’m gob-smackingly fortunate: not only do I live in one of the most secure, well-resourced parts of the planet, but I actually have more money than I need or feel comfortable about squandering, especially given the plight of the growing legions of the less fortunate. It’s difficult to enjoy being “comfortable” when you know others are not: globalisation means “we” know how “they” live and they know how we live.

Is it any surprise that they would like to join us in our privileged bastions of good fortune? I know I would if I were them. Why would the millions of displaced Syrian refugees want to return to their devastated homeland? Why should their immediate neighbours have to bear the principal burden of looking after them?

Let’s just assume for the sake of argument that we can persuade the Russians to stop bombing what’s left of the civilian population and we can create an environment free of the threat of physical violence. That would be no small achievement in itself, and one that can probably only really be appreciated by people who have spent large parts of their lives cowering in cellars.

Suitably emboldened by establishing peace in Syria, we might even think about rebuilding the country. After all, if we want the Syrians (and all the other refugees and would-be migrants) to either go home or stay home, they need to have a home to actually go to or stay in.

Plainly, the Australian government is not going to do this. But it’s not impossible for individuals to make a contribution, and feel slightly better about themselves and the world in the process. I believe the formulation used to be something like: from each according to ability, to each according to needs.

Having become somewhat less enthused by the whole university business of late, I was thinking of retiring at the end of the year. Instead, however, I’m going to work for one more year and give my entire salary to Médecins Sans Frontières. The particular charity isn’t that important, I just think MSF is excellent and worthy of support. Engineers without borders sounds good, too.

I realise not everyone is in a position to do this. But I think those of us who can should, especially the seriously rich, who could really make a difference. But an entire year’s salary from some of our local plutocrats and captains of industry could make quite an impact, and not just materially.

If we work for 40 or 50 years, donating one for the planet doesn’t seem unreasonable for those of us who can – especially those of us who like to pontificate about what ought to be done [Ed’s note: Indeed]. It might even shame governments into making more of an effort to solve, rather than add to international problems. It’s worth remembering that for some inscrutable strategic imperative or other, even Australia bombed Syria, so we do have a moral responsibility.

No doubt this will strike many (most?) readers as fanciful and unlikely to make much of a difference to deep-seated global problems. I fear they are probably right. But it will make a difference to me, so that’s something. If the poor old Syrians (or Palestinians, or Somalis or…) hear that people in the affluent, overprivileged West are not self-absorbed and indifferent to their plight, it might make a difference to them, too. Best of all, you can save the planet from the comfort of your own home.