Big plans and big projects are dominating the Great Game of power politics. 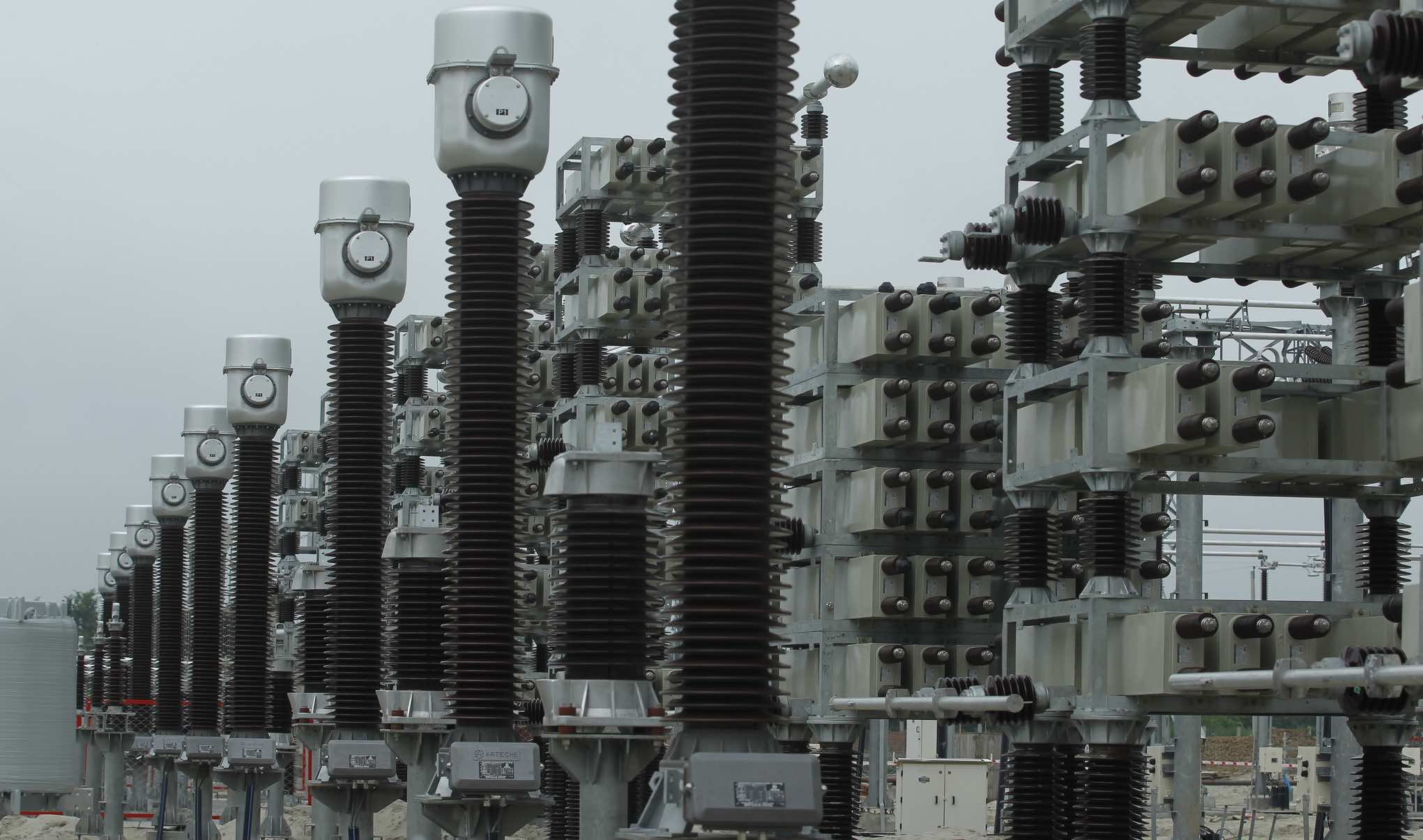 February was a big month for building in Bangladesh. The Asian Infrastructure Investment Bank (AIIB) announced a US$60 million loan to a power project, only to be quickly gazumped by a US$360 million loan by the Asian Development Bank (ADB) for a railway modernisation.

Although these may be unremarkable aid projects, they provide a window on the new geopolitical frontline in Asia, as Australia, the US, Japan, and India race to fashion an alternative to China’s Belt and Road Initiative (BRI) built around their newly revived Quadrilateral (Quad) coalition.

Prime Minister Malcolm Turnbull travelled to meet President Donald Trump in Washington amid suggestions they would talk about a joint regional infrastructure initiative. Meanwhile, Japan released an aid white paper which reinforces this approach, which Prime Minister Shinzo Abe has long supported and which he ramped up during Turnbull’s visit in January.

Giving the Quad a development dimension makes sense because it will blur its role as a China containment policy and make it more palatable to other countries in a region which needs US$26 trillion in new infrastructure by 2030. But as with so much strategic policy debate, so far we haven’t seen the colour of the money.

The Trump Administration announced a new Development Finance Institution in January, but there was no funding commitment in a budget which otherwise cut State Department spending by about 25%.

Australia’s aid has undergone its own downsizing amid a shift away from direct infrastructure funding, in favour of spending on governance. So, it was interesting to see Turnbull talking up the recent commitment to fund a new telecommunications cable in the South Pacific to head off a Chinese-funded project.

While India is now a net aid donor, it still has one of biggest infrastructure funding requirements in Asia. As a result, the Quad infrastructure initiative looks very dependent on Japan’s commitment to an extra US$200 billion for regional project finance money over five years, much of it channelled through the Japanese-dominated ADB.

Compare this to the BRI where, while the data is opaque, Chinese banks and companies appear to have committed about US$500 billion over the past few years, and independent analysts, such as BHP, forecast total spending (by Chinese interests and others) of around US$1 trillion, possibly over ten years.

The duelling announcements by the AIIB and ADB in February come amid the first real insight into how the Chinese-dominated AIIB is travelling after its controversial birth in 2015.

In 18 months the AIIB has, quite prudently, made about US$4.4 billion in loans to 25 projects valued at $22 billion. And most of these projects not only involve co-financing with the World Bank or ADB, but also often fully adopt the prudential and environmental standards of those institutions. It is also fascinating that Quad member India has received more money for more projects than any other country.

This may only be the friendly face of the BRI juggernaut, but it suggests that this is a new Great Game which will be played at many levels and in many places for a long time to come.

In an echo of the ping-pong diplomacy that launched the modern US–China relationship, Australian Sports Commission chairman John Wylie says sport has already shown that it can open doors in Asia amid political tensions. A new, simplified form of Australian Rules Football named AFLX seems partly designed to provide an entertaining game for Asian sports viewers.

But Wylie, a high-profile investment banker, used a speech to Asialink’s recent Chairman’s Dinner to characterise the regional sports diplomacy environment as being remarkably like the broader geopolitical landscape.

He says Australia comes to the region with a valuable reputation for clean, green, sporting prowess but is facing a serious brain drain as nations such as China build their own soft power in sport by raiding the best research and training talent. So, sports administrators need to move from viewing Asia as a sideline to having a global strategy with Asia at its core.

And Wylie had some confronting views for two of the other key non-government actors in the Asian relations space: education and business.

He thinks Asian business is already so sophisticated that the Australian university dependence on providing business degrees to Asian students has a “limited shelf life”. Instead, the bigger long-term opportunity is for universities and sports administrators to focus on meeting the demand for training in sports administration, nutrition, and science.

And in a backhanded reflection of the relatively low level of Australian business engagement in Asia, Wylie says Australian Rules Football and rugby administrators are becoming venture capitalists in Asia at a time when some large listed companies are pulling back. The question is whether they have the staying power that some conventional businesses seem to lack.

DFAT, under Foreign Minister Julie Bishop, has officially embraced sports diplomacy, but this may well be another field of international relations where the game is overtaking the rules.

While the Trans-Pacific Partnership trade deal is set to survive without the US on board, the debate about one of its more controversial components – Investor State Dispute Settlement (ISDS) rules – refuses to go away.

This point is underlined by a report authored by five eminent former trade negotiators, including Australia’s Peter Grey, released by the Asia Society Policy Institute in January, just as the TPP revival was under way.

Its main point was that Asian countries were getting on with trade deals amid Donald Trump’s “America First” rhetoric. But buried away in a strategy to deal with the global anti-trade backlash was a call for policymakers to abandon some of the more polarising negotiating points. And so it argues:

In this regard, no provision has been as controversial and polarising in so many economies involved in trade negotiations as ISDS.

By coincidence, the report’s key author Wendy Cutler was in Australia in February, when the TPP-11 text was released with some modest winding back of ISDS provisions which allow companies to seek compensation from special arbitrators for changed government policies. This was ironic because as US deputy trade negotiator in the Obama years, Cutler played a role in imposing ISDS on the Asian region, including Australia, in what was meant to be the trade regime for the twenty-first century.

Freed of the constraints of government (and perhaps even her more cautious fellow report writers), Cutler is quite frank in describing the ISDS debate as “baggage which has set back the bigger cause of trade liberalisation. If it is endangering the project, it’s time to step back.”

But the ISDS debate may only be about to get bigger as the new US Trade Representative Robert Lighthizer pursues his idea that ISDS only promotes offshore investment by US companies when Trump wants investment at home. This has prompted much speculation that the US may persuade Canada to cut back ISDS provisions in the North American Free Trade Agreement (NAFTA) renegotiation.

Cutler says this may only be the beginning, because the US may also scale back ISDS in its renegotiation of its trade deal with South Korea, where there is still lingering anger over the way the US imposed dispute resolution provisions back in 2007.

This would cause quite an ironic cascade in Australia where then Labor trade minister Craig Emerson missed out on winning a Korean trade deal in 2013 because of his opposition to ISDS, which the Koreans insisted on after their tough experience with the US.

Emerson still valiantly maintains he was right, while his successor Andrew Robb dines out on a trade ministerial record which began when he cut a deal with Korea – complete with ISDS.