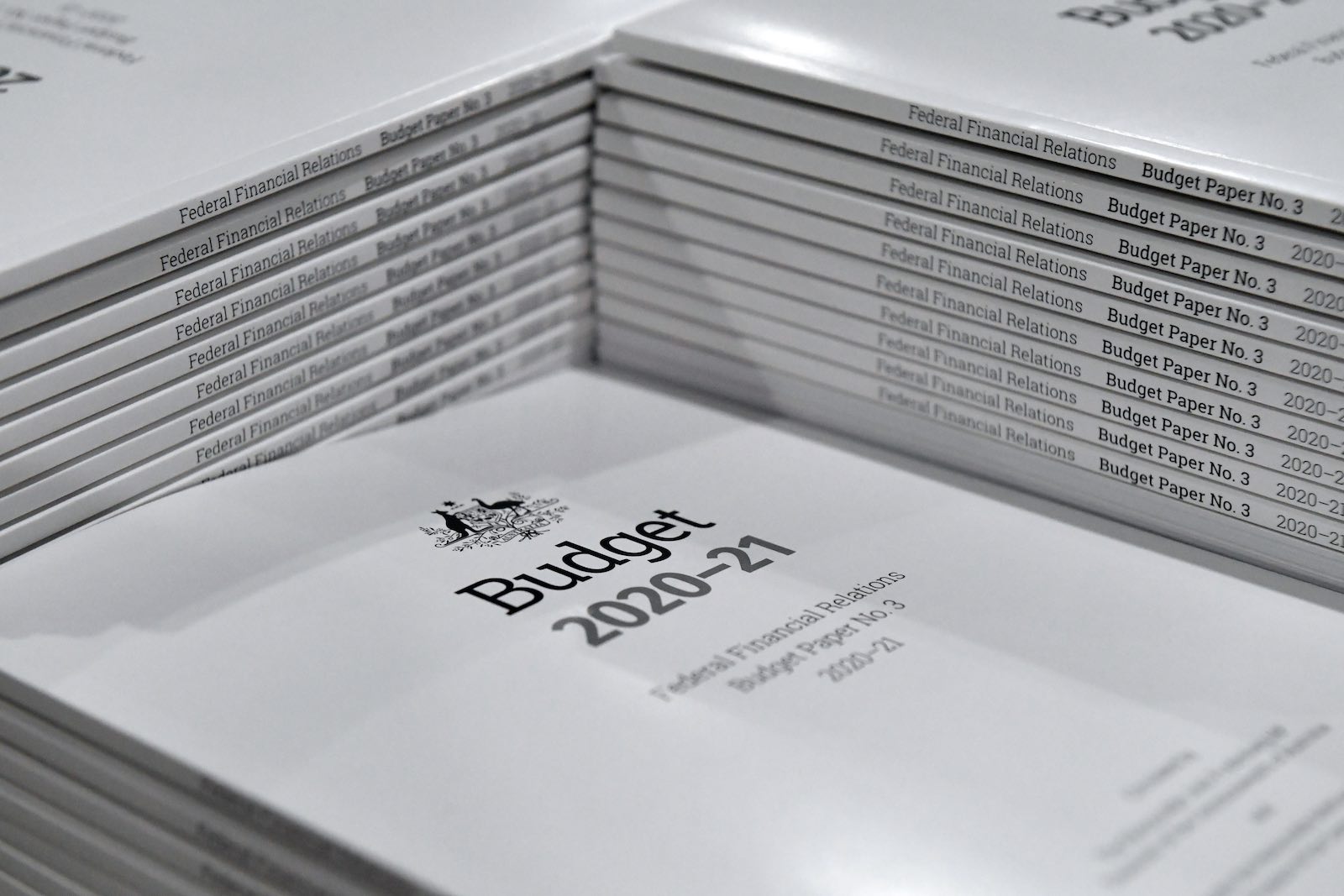 It says a lot about the extent of the pandemic cash splash and the domestic politics of the federal budget that an unexpected rise in development aid spending didn’t even make the Treasurer’s speech.

Aid spending will rise about 4% this year, confounding expectations that this piggybank would be raided yet again to help fund the cost of the domestic recovery from the pandemic.

But in a curious twist, $305 million in new spending over the next two years in Timor-Leste and the South Pacific is not being officially classified as Overseas Development Aid, but as a special Covid-19 program. A further $25 million is being spent in the broader Southeast Asian region on vaccine distribution.

This suggests the government wants to avoid the blame for another headline aid cut when this money runs out in two years. Of perhaps it is even more concerned about a populist backlash against anything that might look like increased foreign aid rather than pandemic recovery spending.

Most of the new money will be spent this year, with a smaller vaccine distribution program lasting over three years, and no clear guidance about what happens after that.

It is very positive the government has recognised that supporting Australia’s interest in pandemic recovery in the neighbouring Pacific countries required more resources than could be quickly extracted from the rest of the aid program.

But the size disparity between the two-year Pacific program and the much smaller but geographically more diverse vaccine spending only underlines yet again how much the aid program has been tilted towards the Pacific.

The more isolated and sparsely populated Pacific countries have survived the pandemic much better than, for example, Indonesia and the Philippines. IMA-Asia, a business consultancy, estimates that in real terms the Indonesian economy by 2024 will be 14% smaller than anticipated last year, and the Philippines will be 20% smaller.

It is not hard to see how the impact of that sort of economic setback on welfare and possibly political stability in those countries could cause Australia more grief than the impact of Covid-19 in the Pacific.

Nevertheless, it is very positive the government has recognised that supporting Australia’s interest in pandemic recovery in the neighbouring Pacific countries required more resources than could be quickly extracted from the rest of the aid program, especially in South Asia.

But in the longer term, the message seems to be the current roughly $4 billion annual aid budget – now at an all-time low in terms of share of government spending – is about where the government is comfortable as it faces the huge task of reining in the budget deficit.

The budget documents underline how no infrastructure has actually been built so far under the $1.5 billion Australian Infrastructure Finance Facility for the Pacific (AIFFP), which flowed from the sense of urgency in Morrison’s first foreign policy speech.

However, three electricity or cable projects have now been approved in Papua New Guinea, Solomon Islands and Timor-Leste. This is despite some questions about the real economic value to PNG of the earlier Australian-funded telecommunications cable between Australia and PNG, which was built to head off a Chinese alternative.

The slow AIFFP spending presumably reflects some careful thinking about what sort of infrastructure Australia should be supporting when commercial finance can be obtained for public-asset construction at historically low rates these days.

But the Covid-19 crisis and PNG’s call for two rounds of Australian emergency budget support in the past year have also revived old questions about what Australia’s priorities for economic assistance in the Pacific should be – infrastructure development or preparedness for future challenges such as Covid-19.

Tuesday ironically underlined the different world views which still flow through the corridors of power in Canberra. Economic determinism lingered in the Treasury’s budget strategy paper with China still leading the international economic outlook discussion. Meanwhile, the Quadrilateral Security Dialogue was meeting in Tokyo to discuss the quasi-containment strategies more popular in other parts of the government.

China is forecast to grow 8% next year, the key contribution to what the budget celebrates as Australia’s good fortune in having trading partners who will rebound with 5.75% annual growth, compared with a world average of only 5%.

While one Treasury division might be tightening rules for (mostly) Chinese foreign investment, the region’s rising power still delivers for the budget planners

“Steady industrial production growth and the expected continued expansion of infrastructure and property investment will underpin (China’s) economic recovery over 2020,” the budget strategy says of the key economic partner, which is otherwise an estranged diplomatic partner.

And China gets even more enthusiastic attention in the discussion of resource exports where a more positive outlook for iron ore prices is forecast to add an extra $4.8 billion in tax revenue to a budget deep in deficit. “Chinese stimulus is expected to sustain demand … Some market and industry participants have highlighted a risk that iron ore prices could remain high for an even longer period of time,” it says.

So, while one Treasury division might be tightening rules for (mostly) Chinese foreign investment as part of the new economic sovereignty strategy, the region’s rising power still delivers for the budget planners.

The long-promised broader engagement with India takes shape in this budget with the government allocating $62 million over four years to implement the new Comprehensive Strategic Partnership, announced after Morrison held a virtual summit with his counterpart Narendra Modi in June.

This covers science and technology, maritime security, education and cyber security and will help fill the vacuum in the government’s economic diversification strategy left by the on-again, off-again bilateral free trade agreement talks and India’s withdrawal from the Regional Comprehensive Economic Partnership trade deal. (Incidentally, the budget says this deal will be signed by the 15 remaining members in November.)

The Treasury seems to have backed the India engagement with an optimistic outlook for the country forecasting it will rebound from a 9% contraction this year with 9% growth next year, despite some clear reservations about the severe disruption from Covid-19.

However, some other forecasters are more cautious on the recovery trajectory. For example, IMA-Asia estimates that the Indian economy will be 20% smaller in 2024 than was forecast pre-pandemic.

And in a note of warning for Australia’s beefed-up engagement policy, it suggests this substantial growth setback could prompt a change in India business strategy by some foreign companies.

Victoria’s controversial cooperation agreement with China over the Belt and Road Initiative (BRI) may have delivered few obvious dividends for that state, but DFAT is certainly investing big to potentially get rid of the deal.

The budget reveals the department will spend more than $25 million over two years on equipment and staff costs to implement the Australian Foreign Affairs Bill, which requires state and territory governments to notify the foreign minister of any agreements they enter into with foreign governments.

And despite the substantial funding, there is curiously no reference to university agreements with foreign institutions such as the Confucius Institute in the budget documents, despite universities and local governments also being in the firing line when the bill was announced.

This might be a case study in DFAT taking to heart the advice from Liberal MP and former diplomat Dave Sharma to make itself more useful to government priorities in the competition for international relations spending with the better-funded defence and the intelligence agencies.

But it might have been a lot cheaper to just override Victoria’s irritating BRI deal with legislation and spend the money on more pressing strategic priorities in neighbouring countries reeling from the pandemic.