When the G2 idea still had currency, a pandemic might have seemed a potential moment for US-China cooperation 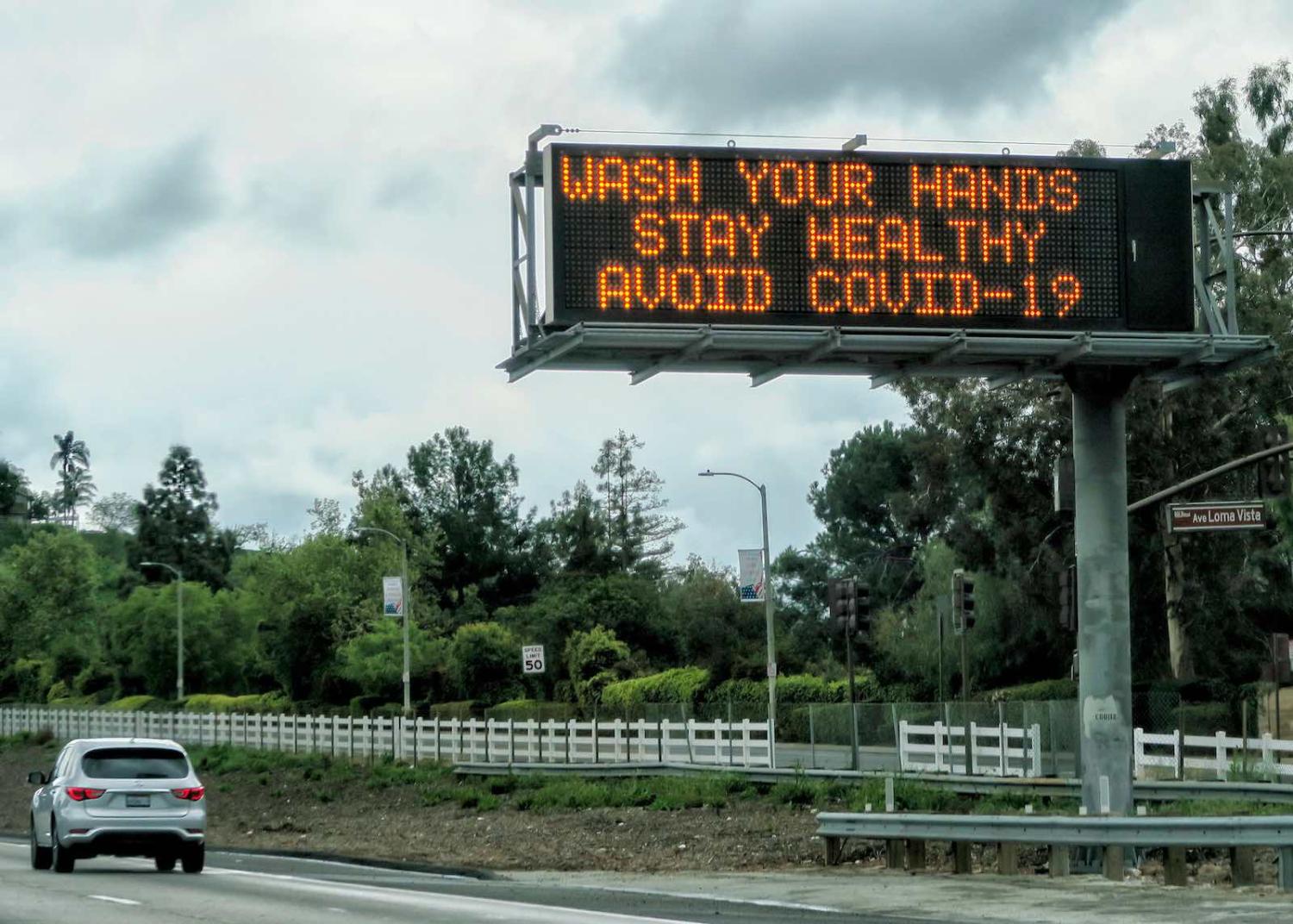 The online summit between the leaders of Singapore and Australia on Monday didn’t get much attention amid a stock market meltdown and tensions within Australia’s newly formed federal-state leadership Cabinet to deal with coronavirus.

The virtual meeting made the best of international travel bans to sign off a new agreement on digital trade between the two countries, which in better times would have been pumped up as a pace-setting initiative to smooth the way for fast growing ecommerce amid troubled times for paragons of globalisation such as the World Trade Organisation (WTO).

Singapore and Australia have a long history and little to divide them. But as the world turns its back on international engagement in a desperate bid to deal with a disease pandemic, it will be bonds like this that will be necessary to restoring some cooperation when the WTO’s peers – such as the Group of 20 – are also struggling.

Meanwhile closer to home Singapore and Australia are just getting a view of what has always been one of their greatest shared economic and security nightmares – severe social dislocation in Indonesia, this time due to high death rates from undetected Covid-19.

In the heyday of new global economic institution building during the Global Financial Crisis (GFC), much was made of how the G20 economic leaders would straddle their many differences via a troika, bringing together past, present, and future leadership countries.

So, who’s on deck this year? Japan, acutely focussed on its failed bid to keep the Olympic Games on schedule; Saudi Arabia, more interested in oil price wars; and Italy, facing much more existential challenges.

Fortunately, the troika member-designate for the 2022 summit, India’s Prime Minister Narendra seems to have stepped into the vacuum to urge Saudi Arabia to bring forward this year’s G20 summit to today (Thursday).

Nevertheless, the lack of clear leadership this time around to parallel the example of Gordon Brown as British prime minister in 2008 will make behind the scenes trust between leaders (or countries) even more critical to getting a substantial G20 response.

Action by the G20 is made even more problematic by US President Donald Trump’s apparent preference for the older Group of Seven (G7) to deal with international issues, when he is interested.

When a vaccine eventually slows this pandemic, old challenges such as climate change and new challenges like another virus will still need global cooperation to find solutions, even in a less connected world.

But last week’s G7 leaders communique only underlined why the G20 was created to bring more diverse countries to the table: it went on for 800 words with no specific actions and no numbers. There’s been no identifiable collective action since. And there was also no mention of China, the original cause of the pandemic, but also now the country showing the most capacity to provide medical support to other developing countries.

It is hard not to see globalisation losing more momentum now that coronavirus has only added to the pre-existing centripetal forces from populist nationalism to lost faith in free trade. But when a vaccine eventually slows this pandemic, old challenges such as climate change and new challenges like another virus will still need global cooperation to find solutions, even in a less connected world.

While the G20 has had a post-GFC health stream, the 2019 Osaka communique notably focussed more on ageing demographics than pandemics and the whole G20 shift into new fields such as health has lost momentum as the group has flatlined since the GFC. (Read how Australia’s planning documents underplayed a pandemic here.)

In the meantime, there are many more immediate issues for today’s meeting. They include removing emerging obstacles to medical goods trade partly fostered by the US-China trade tensions, underpinning expansive actions by the World Bank and International Monetary Fund given individual rich countries are debt burdened, and planning for vaccine distribution. And given the extraordinary role of the global cruise ship industry in facilitating this pandemic, the G20 should be pushing for a global protocol.

Because of the entrenched interdependence of global public health, supply chains and financial markets, no single national response will work. Global action is not an optional extra.

When the much-vaunted idea of a Group of Two (China and the US) running the world had currency, a pandemic might have seemed like the potential moment for some cooperation.

But the unseemly sparring over the cause of the epidemic when China faces a reinfection cycle from returning citizens and the US seems at sea over a national control strategy, has only underlined how a caucus of other countries is needed to take control of this pandemic.

It is hard to see the US (and for that matter even more China dependent Australia) remaining as reliant on China for medical supplies after this experience. But like so many other aspects of the supply diversification debate that may not be the case for other countries now receiving Chinese aid.

And a crucial factor in the medical self-reliance battle will be how a Covid-19 vaccine is developed. Even if China is not first, it may well have the stronger pharmaceutical manufacturing capacity to deliver it quickly to the broader world.

Nevertheless, the willingness of the Chinese ambassador to the US Cui Tiankai to reject the claims by other Chinese officials that the virus was created in a US military laboratory offers the slimmest of hopes that the G2 may at least not impede some global cooperation at this crucial moment.

Asia has spent a lot of time since its own homegrown financial upheaval in 1997 talking up its capacity to manage a new crisis alone with institutions like the Chiangmai Initiative on currency reserve sharing.

At the same time the region’s oldest institution, the Association of Southeast Asia Nations (ASEAN), holds hundreds of meetings a year to reinforce the idea of growing pan-regional information sharing and cooperation. The Asian Development Bank has rushed out an assistance package for countries and businesses which is almost half that of the larger World Bank and is about to release a comprehensive economic impact assessment next week.

But it is striking that the coronavirus has not only seen little pan-regional institutional activity so far, but even more regressive actions on the cooperation front.

Taiwanese officials say the World Health Organization failed to take its early advice because it would have upset China and when the two most developed economies – Japan and South Korea – imposed travel controls they slipped into the sort of historical grievance sparring that has been going on for months.

What’s more striking is that even the countries that seem to be successful in dealing with the pandemic have pursued more organic local approaches rather than applying an agreed regional playbook drawn from their common experience of other pandemics. For example, Korea has emphasised aggressive testing, China a harshly enforced lockdown, Taiwan intensive contact tracing, and Japan much narrower testing.

However, as Asia plays a bigger role in the world, it is interesting and welcome to see the sinews of an Asian “model” for dealing with a global problem emerging in this crisis. But when these countries are being cited by the increasingly shrill media and academic critics of Australia’s national cabinet decision making on Covid-19, it needs to be appreciated that any Asian model is still fragmented.

And turning this emerging model into a confidence building policy package that can be applied more broadly in a future pandemic everywhere from the neighbourhood (Indonesia) to a faltering G7 member (Italy) will require some skilful multilateral institutional work.

Singapore and Australia have the trust, medical expertise and diplomatic links to at least help initiate this process in the Indo-Pacific.

Anne Applebaum’s latest book is a forensic and humane study of a world where methods change, but lust for power doesn’t.
Teesta Prakash, Jack Sato 4 Oct 2022 05:00

Beijing is a minor player in development finance for Dili – but it’s a different story with state-owned enterprises.
Nathan Attrill 14 Oct 2019 14:30