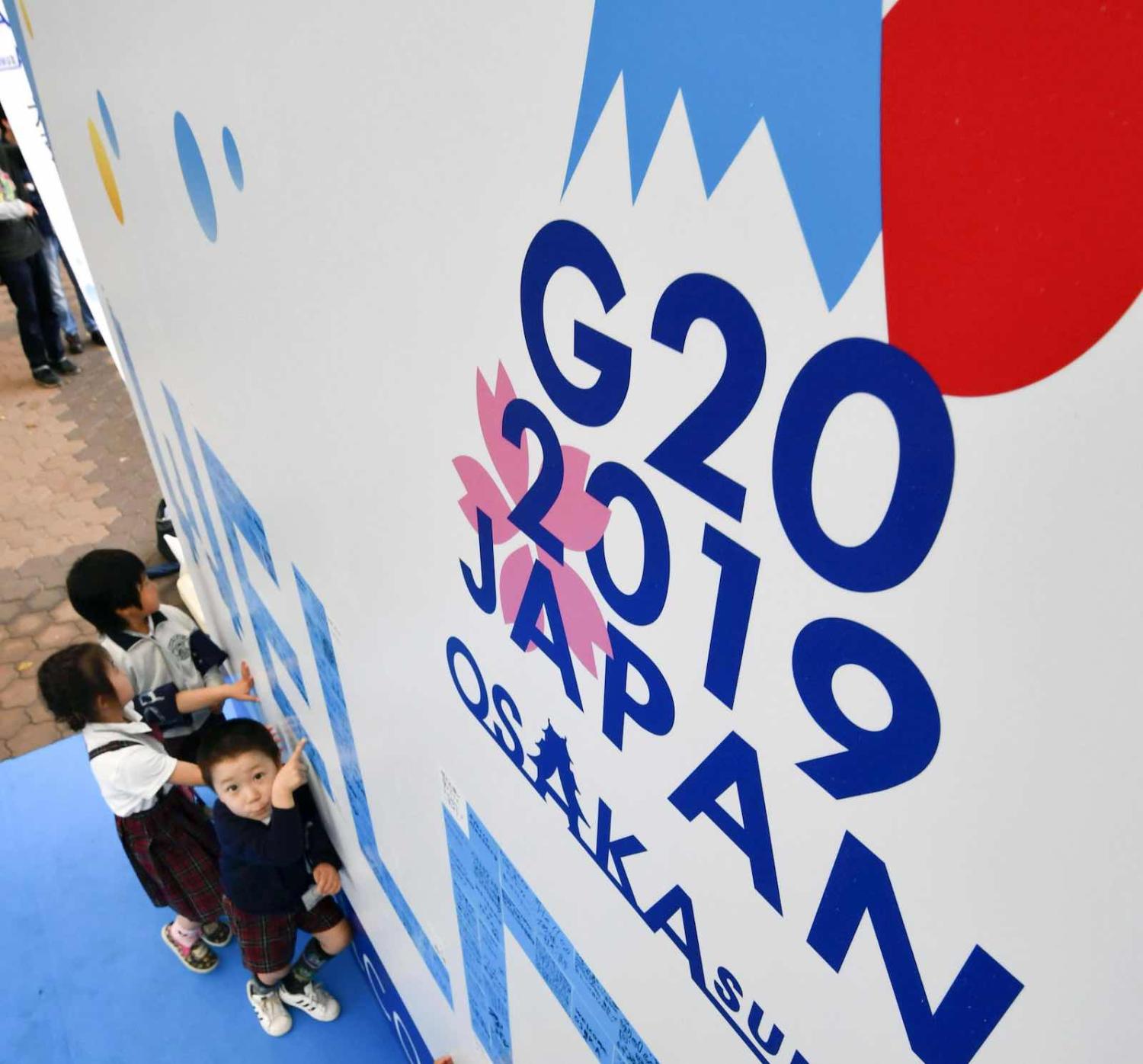 The prospect that China and the US are now going to use next week’s Group of 20 nations summit in Osaka to extend their trade negotiations rather than take them to the precipice may give some new life to the rest of the agenda.

Japan’s Prime Minister Abe Shinzo (as he now wants to be known) has the personal clout and diplomatic back-up to give the flatlining G20 some new direction. But that aim would have been hard if he had a simultaneous showdown going on between US President Donald Trump and his Chinese counterpart Xi Jinping.

One of the more interesting ideas on Abe’s agenda is an apparent attempt to offer China a greater role in the digital trade talks.

One of the more interesting ideas on Abe’s agenda is an apparent attempt to offer China a greater role in the digital trade talks occurring on the margins of the World Trade Organisation (WTO) in return for pulling back from dividing the world into competing technology zones.

A mooted Data Free Flow with Trust initiative appears to be aimed at taking advantage of China’s productive participation in the multilateral digital talks when the Trump Administration is less enthusiastic about such multilateral trade negotiations. Ironically, India now looks like being the more recalcitrant player on this idea.

The other Japanese initiative for a G20 set of rules on quality infrastructure investment might seem less palatable to China, given Abe’s persistent role in searching for alternatives to the Chinese Belt and Road Initiative (BRI). But after Xi paid lip service to common global infrastructure principles to reduce bad debt risks at his recent BRI summit, the G20 might be able to push the envelope a bit here. This Asia Society Policy Institute study has some suggestions.

Japan has also put the impact of ageing on slowing economies, WTO dispute settlement and cryptocurrency regulation on agenda. But the issue that might generate some genuine global public interest in the summit is a plan to have its members make voluntary commitments to reduce plastic ocean pollution.

The US Studies Centre analysis of the outlook for the Australia-US alliance released last week takes the emerging idea of the need for some form of intervention to reduce Australia’s economic dependence on China into new territory.

It suggests business should be paying more attention to Chinese punitive actions against foreign companies than it appears to be. It then goes on to argue:

While there have been arbitrary regulatory decisions affecting some Australian exporters to China in the past two years, the annual surveys of Australian businesses operating in China remain surprisingly benign about the operating environment despite the escalating US-China tensions.

It would be more comfortable if Australia could diversify away from a trade dependence on China which is now even substantially greater than that of South Korea. But as the Australia China Relations Institute’s James Laurenceson has shown in this report, the dependence is growing despite the efforts to diversify towards old partners such as the US and Japan and the much vaunted new partners in India and Indonesia. Laurenceson also makes the point that while security analysts can theorise about reducing economic dependency, in the absence of non-market government interventions such as that against Huawei, businesses are going to pursue the most profitable international relationships.

Now the Reserve Bank of Australia has joined this debate by pointing out that not only does Australia have a trade dependence on China, but a similar phenomenon is occurring in the financial services sector.

The RBA research shows that amongst major economies only Brazil has increased its trade dependence more than Australia in the past decade. While Brazil’s dependence is highly resource based, the RBA notes that Australia’s increasing is extending to tourism and education services.

But beyond trade and Chinese investment in Australia, the RBA points out that Chinese banks are now playing an increasingly important role in funding Australian business rising from nothing to 3.6% of business credit over a decade.

That might seem small. But it is similar to the amount of credit provided by the much longer established Japanese and European banks – and larger than that provided by North American banks.

Short of a Chinese economic catastrophe, this is an integrated bilateral economic relationship that is not going to be wished away.

In its latest Trade and Assistance Review the Commission also calls on governments to be more honest about the winners and losers from trade liberalisation rather than just focussing on positive news stories.

Given the way trade deals have emerged as one of the most commonly cited achievements of the re-elected government, it might be time to embrace more of the Commission’s transparency agenda.

The Coalition plans to give more information to the parliamentary committee covering trade and create an advisory council of exporters for new trade deals, but the commission calls for “higher quality consultation processes with the community” to dispel the misconceptions that tend to build up during negotiations.

While the Commission has criticised Australia’s resort to anti-dumping actions in recent years and remains sceptical of the value of bilateral trade deals, it has strongly endorsed the government’s efforts under Trade Minister Simon Birmingham to get World Trade Organisation members to work in groups of like-minded members especially on ecommerce. The Commission says:

It is envisaged that these negotiations will lead to voluntary agreement between willing members and offer the promise, over time, of expanding to cover more of the WTO membership.

Last year the Commission opened up a new front in the debate about new security laws in Australia by questioning the economic cost and rationale of these new rules. Now with the Australian Federal Police raids on journalists sparking new debate about the laws, it is flagging an examination of the impact of security laws such as the new Critical Infrastructure Centre on foreign investment.

It has also given a relatively lukewarm response to the $1 billion in extra funding for the Export Finance Insurance Corporation as part of the Pacific step-up noting that “history has not been kind to previous efforts” at this sort of government financing.

It’s time for Australia to scale up its energy diplomacy

As the immediate pandemic crisis begins to recede, both countries should refocus the relationship on climate change.
Samantha Wong 17 Nov 2021 10:00