Recent parliamentary submissions offer a window into the opportunities and risks when the country re-emerges more fully. 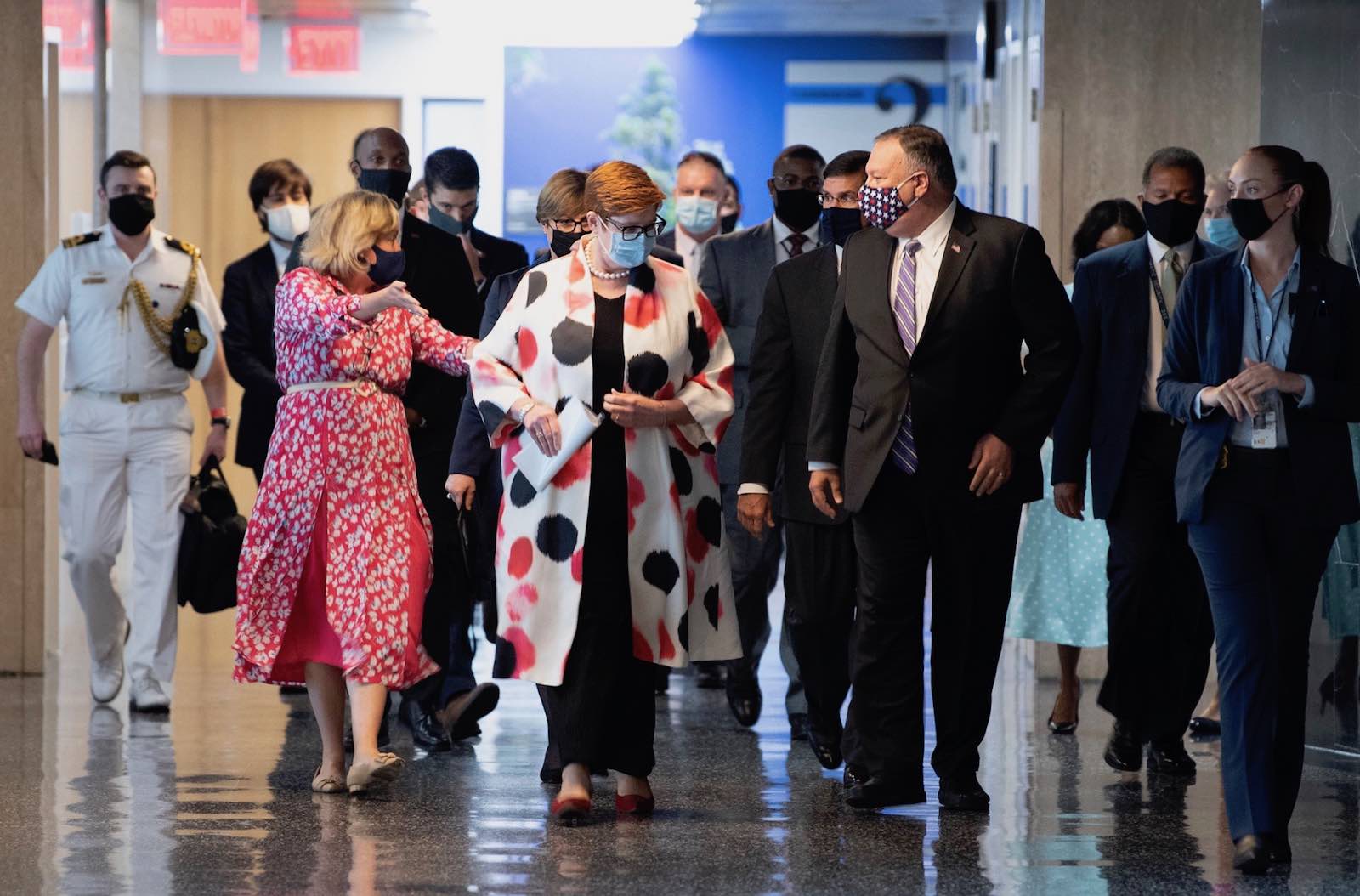 Just what Covid 19 might mean for Australia's place in the world is emerging in the submissions to the Joint Parliamentary Committee on Foreign Affairs, Defence and Trade inquiry into the impact of the pandemic on international relations.

They range widely but offer a window into both the opportunities and risks when the country comes more fully out from under the diplomatic doona.

The Department of Foreign Affairs and Trade submission makes it clear up front how the pandemic has required a step back from the “negative globalism” rhetoric that the government embraced only last October. DFAT says:

Ensuring robust multilateral and regional institutions to develop and implement international rules and norms is firmly in Australia’s interests. These institutions complement our bilateral engagement, facilitate cooperation and amplify our advocacy on issues including trade, security, human rights, gender equality and climate change, in concert with like-minded governments.

Not surprisingly, boosting domestic production and diversifying trade supply chains feature prominently in many of these submissions, but DFAT takes a cautious approach, observing:

Renewed discussion around onshoring or re-establishing independent industrial capacity in a number of countries has highlighted the risk of an increase in measures to protect industries that would not otherwise enjoy a comparative advantage.

And when it comes to Australia, the message continues, with the Department arguing it would be unsustainable to develop rigid production systems based on the worst and most infrequent of events, as this would impose high inflexibility and costs.

Even the Institute for Integrated Economic Research, which drew attention to Australia’s dependence on Chinese-made pharmaceuticals before the pandemic, argues that globalism is nevertheless not dead, but merely requiring some reshaping. It says:

Global cooperation will be essential to manage the pandemic, to discover a vaccine, to restore trading systems and supply chains, and to reinvigorate Western liberal democracies and the system of alliances that underpin them.

And amid calls for reshoring, it is interesting to see Medicines Australia argue that concerns about disruption to the production of pharmaceutical ingredients and medicines in China and India early in the pandemic were largely unfounded, as those two major manufacturing countries restored supply chains.

The Perth USAsia Centre has made a useful contribution to the sort of information that is needed for any practical discussion about the costs and benefits of diversifying Australia’s trade exposure. It argues:

Many of Australia’s current economic relationships are "deep but narrow" – large in gross size, but narrowly concentrated on a small range of countries and/or industrial sectors. When an external shock hits a trade or investment relationship that lacks diversity, the effects of that shock on Australia’s economy are magnified.

Research director Jeffrey Wilson has produced detailed data showing the level of concentration and principal trading partner for the country’s largest exports and imports which graphically underlines the challenge facing advocates of diversification. He goes on to argue that the current pattern of economic ties is not accidental but the result of deliberate acts of successive generations of governments and businesses. And so:

Diversification will be a complex, long-term endeavour for Australia’s foreign economic policy. It is not about building any particular product or country market, nor indeed reducing existing trade and investment relationships that have performed well.

However, the Adelaide-based Institute for International Trade has recommended dealing with the China dependence issue in a simpler way, urging the government to adopt a formal China-plus-one supply-chain policy as a priority. It argues that this would be a much better way of reducing risks than to bring manufacturing back, because such reshoring could just create a localised supply-chain bottleneck. The Institute says this could be funded by a diversification tax credit, in an overdue recognition that a serious trade diversification policy will probably require government financial support.

The Australian Centre for International Agricultural Research says zoonotic diseases (such as Covid-19) should not be seen as random shock events, and instead understood as the systemic consequence of the growing intersection between animals and humans in a highly interconnected world.

And while the Perth USAsia Centre worries about overdependence on minerals exports to countries like China, another group of researchers – the Critical Minerals Consortium – has counterintuitively told the Committee it should be concerned that little information is available on the country’s overreliance on imports of minerals and mineral products across 700 commodity codes, valued at US$15 billion.

While the actual economics of decoupling have tended to be lost in the escalating political rivalry between the US and China, strategic analyst Alan Dupont’s Cognoscenti Group says some economic separation is unavoidable because it is necessary to preserve the integrity of the existing open trading system. This is not a rejection of trade, but a rethinking of its architecture and norms as well as interdependence, it says.

But in a twist on the rising influence of the Canberra security establishment in erstwhile open-market policy institutions such as the Foreign Investment Review Board, the Cognoscenti submission calls for the creation of new economic security branches in key government departments and agencies to put economics and trade “at the heart of national security policy”.

Calls for a one-off or indeed permanent lift in development aid spending not surprisingly appear in several submissions, although with the government locked into “repurposing” and “whole of government” non-cash aid policies, there are some likely candidates for action.

The Australian Centre for International Agricultural Research says zoonotic diseases (such as Covid-19) should not be seen as random shock events, and instead understood as the systemic consequence of the growing intersection between animals and humans in a highly interconnected world. It calls for a review of current investment (presumably via development aid) in veterinary and food-safety systems in low- and middle-income countries to upgrade traditional fresh food markets (or “wet markets”). This would avoid mixing animal species, apply tighter access rules and seek to reduce contact between humans and animals. Vietnam introduced new wild animal trade rules this week.

Rising to the challenge of the tight budget climate, the Australian National University’s Development Policy Centre has urged the government to push ahead quickly with a “carefully managed pathway” (or bubble) to get tourism, migration, and remittances flowing again quickly to Pacific countries. It says a recent survey shows:

Australians generally are very supportive of the idea of a Pacific travel bubble before opening international travel to the rest of the world. This is not only good international and development policy, but good domestic policy and politics.

Meanwhile, with multilateral collaboration back in favour, as noted in the DFAT submission, the Australian Council for International Development raises concerns about a “widening gap” between new multilateral institution financial commitments (like the Global Alliance for Vaccines and Immunisation) and the funding for longstanding core regional relationships.

This tension – combined with the early signs in these submissions that trade diversification may not work without government financial support – means the budget for economic diplomacy may be under new pressure.