Britain’s Kim Darroch was caught in a whirlwind because he did his job. 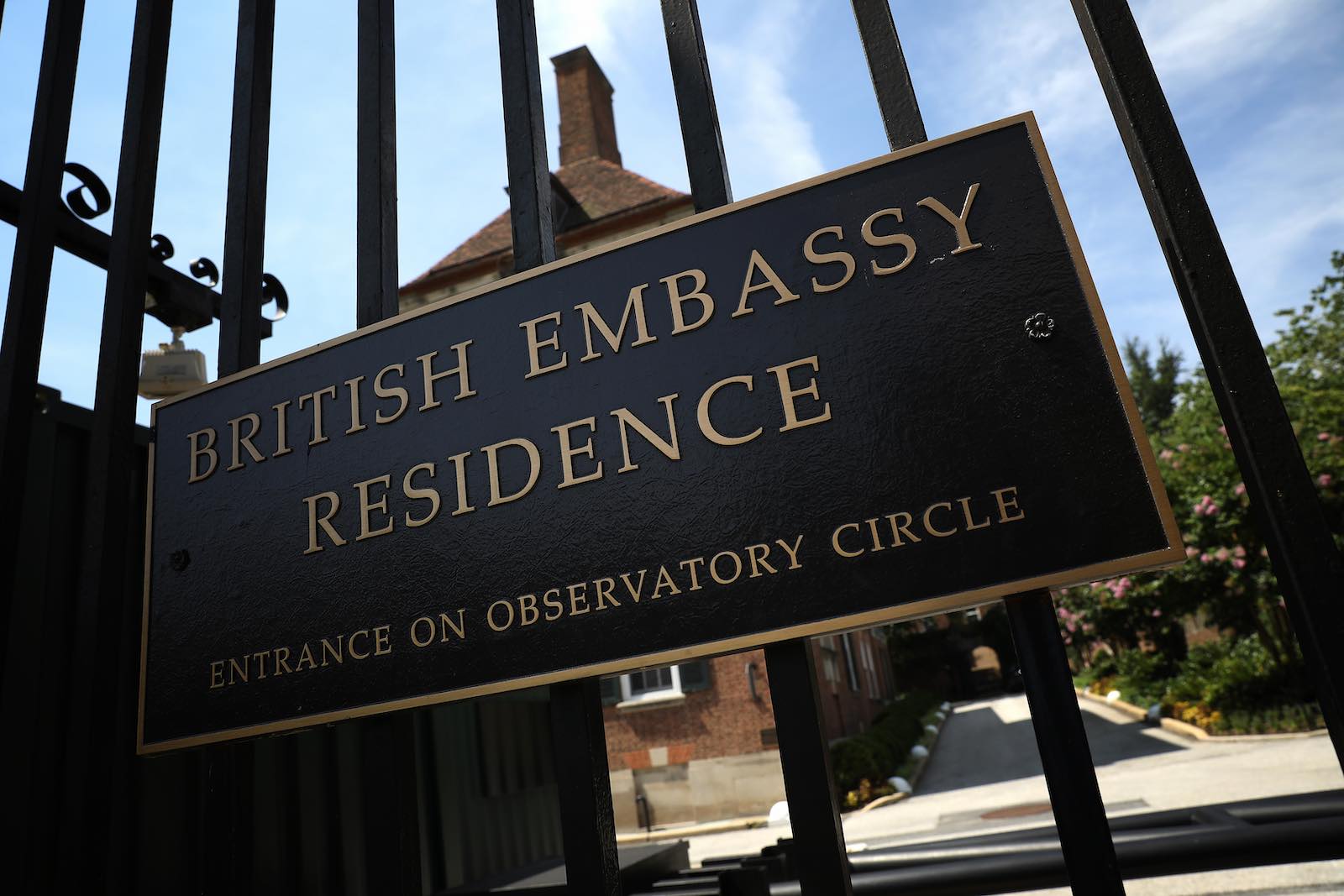 Kim Darroch endured a torrid week, quitting his post as Britain’s ambassador to Washington following a devastating leak of his confidential dispatches about the Court of Trump. He would take little comfort from knowing he’s hardly the first diplomat to be left red-faced by a security breach.

Back in 2008, Australia’s Kevin Rudd jetted to New Zealand, only for the accompanying journalists to be mistakenly handed what was meant to be a confidential pen portrait of Rudd’s counterpart, Helen Clark. The document, prepared by the Australian high commission in Wellington, contained a free character assessment of Clark as a “left-wing control freak”. Luckily for Australia’s diplomats, Clark wasn’t nearly as thin-skinned as Donald Trump. It was a “hoot”, Clark said. “If I was to have my CVs on other leaders fall off the back of trucks, you would all have a lot of laughs as well.”

Her point being: all countries do this. The job of diplomats is to make an honest assessment of the pitfalls and the possibilities in the countries to which they are posted. Darroch’s depiction of Trump as “inept” and flattery-prone is hardly unique, but his perspective is what he was paid to deliver.

But just as a sports team doesn’t go into a game telegraphing tactics to its opponent, delivering an unvarnished view of another government is predicated on secrecy. Leaks such as the Darroch case will undermine trust in the system to preserve secrets, and, at least for a time, that could lead diplomats to be more cautious about the words they commit to the record.

Another Australian experience is illustrative. In 1997, secret profiles of Pacific leaders prepared for then treasurer Peter Costello during an island summit became mixed up among briefing notes left on a table for journalists. Marked with the codeword “AUSTEO” (Australian Eyes Only), the public airing of Australia’s intelligence assessments about the nightclub habits of New Zealand’s then deputy PM Winston Peters (who now holds that post again) made for awkward meetings. In the months afterwards, then foreign minister Alexander Downer was known to have complained that the tone of the secret profiles prepared ahead of meetings with other world leaders had lost an edge.

But the habit will always be rediscovered. The most famous disclosures of thousands of US cables from across the globe, via Wikileaks, led to all sorts of worry about long term damage to the quality of diplomatic reporting. But the Americans kept plenty of other secrets. In fact, Washington even refused several Australian requests to privately reveal what was in the cables about to be published by Wikileaks, frustrating Canberra's attempts to prepare for the fallout.

What is doubtless most intriguing about Darroch case is not so much the content of the leak (much as Darroch's character assessment has upset Trump) but the fact of it. Who had the motivation, and why? And what does it mean for the UK-US “special relationship”? The view that Darroch is another cost from the self-defeating stupidity of Brexit has taken hold.

But the imperative for diplomats to keep calling the game as they see it must be reinforced. The episode is a reminder of the wisdom in an old cocktail circuit story – perhaps apocryphal – about the newly appointed ambassador who pays a final call on his minister for instructions before departure. “Show me your country,” the minister asks, spinning a globe map on his desk. The new ambassador points a finger towards the foreign capital where he is about to be posted, only to have a hand gently steer his finger back to home.

Show 3 Comments
Previous Article
Professor White, the bomb can endanger but not defend Australia
Next Article
Remembering the Moonwalk