The Chinese Communist Party is employing familiar tactics to assert its rule. When co-opting fails, coerce or silence. 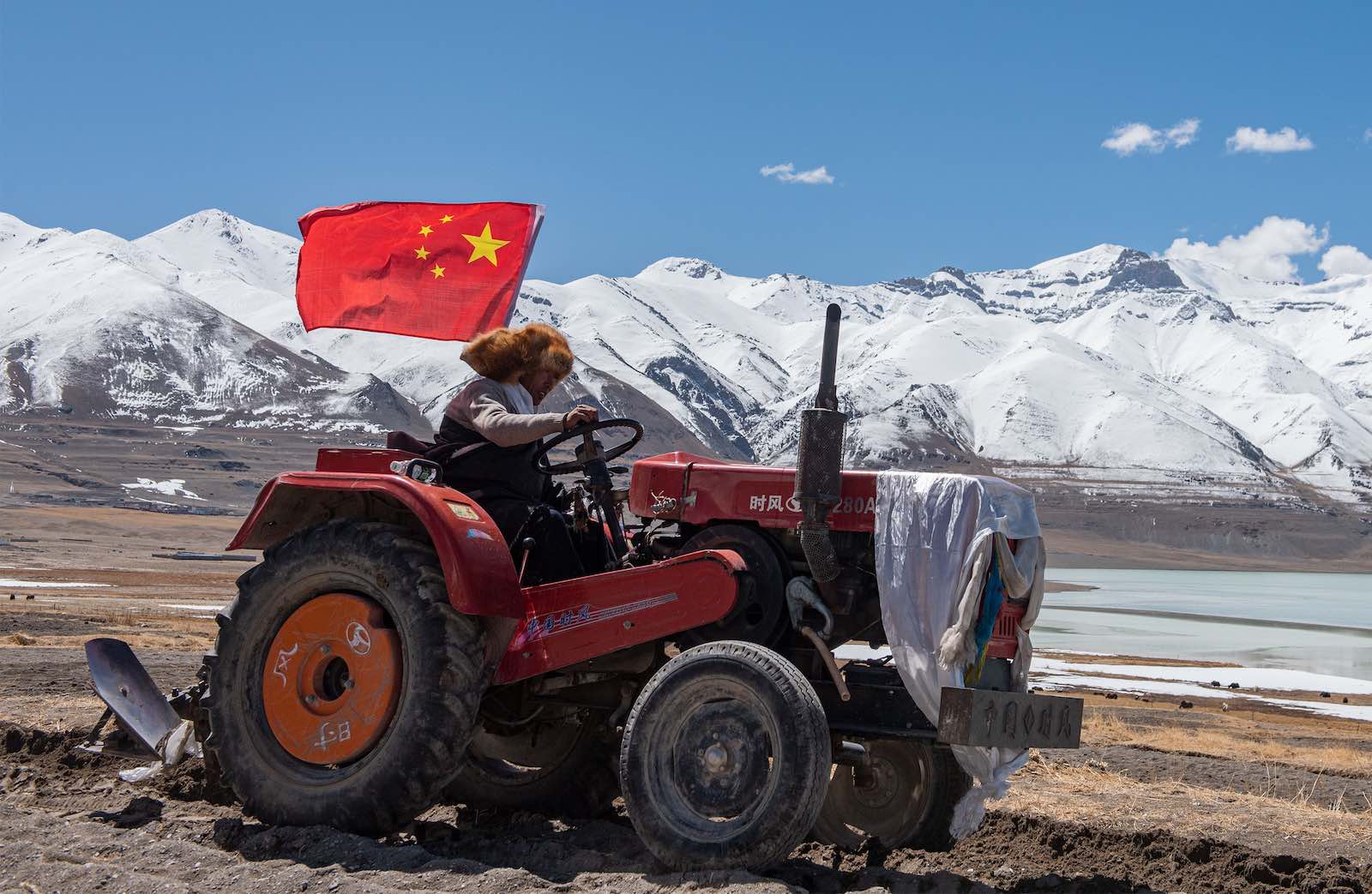 This article draws from the “Tibet: Colonialism with Chinese characteristics?” episode of The Little Red Podcast, which features interviews and chat celebrating China beyond the Beijing beltway.

Evolving from an organisation that almost no one had heard about five years ago, the United Front Work Department (UFWD) is now headline news. Most reporting focuses on the international dimension of its operations, typically describing it as “shadowy” agency of “political warfare”, seeking to influence politicians into being more favourably disposed towards the Chinese Communist Party (CCP).

Yet the vast majority of its staff and funding is concentrated on shaping what happens inside China’s borders. Areas within China that are deemed to merit special attention have their own divisions within the UFWD – initially Inner Mongolia, then Tibet, and most recently Xinjiang. The tactics employed within China are strikingly similar to those employed abroad – the UFWD seeks to co-opt, coerce or silence.

Co-optation, until recently the preferred strategy, focuses on winning over elites to the CCP’s worldview. This month’s episode of The Little Red Podcast suggests that the CCP has given up on co-optation on the Tibetan plateau. Which leaves coercion and silence. When you compare it to the degree of attention Tibet received in the 1990s, there is grim evidence that this strategy might be working, at least internationally.

As Benno Weiner argues in his book, The Chinese Revolution on the Tibetan Plateau, the United Front in eastern Tibet in the 1950s was once an idealistic organisation, driven by pan-Asianist ideas and looking to transform Tibet from a neglected outpost of empire into an integral part of the Chinese nation that would enjoy all the fruits of modernisation. In short, its brief in Tibetan regions was to engage in nation building, not coercion. Xi Jinping’s father, Xi Zhongxun, was a central figure in this strategy in Tibet and Xinjiang. Yet the strategy contained a contradiction. As Weiner explains:

Through co-option of non-Han religious leaders and secular headmen, the Party intended to gain access to the masses with whom it had no prior relationship. Unlike traditional imperial practice, the United Front was not a strategy for managing and incorporating difference. From the start it was intended as a transformative vehicle of nation building and socialist transformation, one that depended on minority elites to act as agents of their own demise as a privileged class.

In this sense, it amounted to what Gerry Groot has termed “a self-defeating secret weapon”.

In 1958, an unimaginable act of state violence unleashed on Amdo – the region of eastern Tibet where Weiner conducted his research – brought an end to the UFWD’s experiment in co-optation. While many Han Chinese citizens recall recent history with well-known markers – 1949 (revolution), 1966 (Cultural Revolution), 1978 (reforming and opening), 1989 (Tiananmen) – for the people of Amdo, there is only one year that is burned in their memory. As Barbara Demick writes in her book Eat the Buddha: Life and Death in a Tibetan Town:

Tibetans of this generation refer to this period simply as ngabgay – ’58. Like 9/11, it is shorthand for a catastrophe so overwhelming that words cannot express it, only the number. But there are some evocative figures of speech. Some will call it dhulok, a word that roughly translates as the “collapse of time,” or, hauntingly, “when the sky and earth changed places.”

Since then, Amdo, like the rest of China, saw periods of political relaxation in the early 1960s and the 1980s, but the scar of 1958 remained a barrier to their integration into the Chinese nation. Weiner estimates that more than ten percent of Qinghai’s Tibetan population was incarcerated and/or killed in the aftermath of the 1958 Amdo rebellion, alongside the wholesale destruction and looting of Tibetan monasteries.

Yet faced with no alternative, the strategy of ruling through elites persisted in Tibet. I spent most of 2002 in Tibet and Xinjiang, penning a guidebook for a North American audience. I was struck in conversations with mid-ranking Tibetan officials that many agreed with the development ideals of the CCP and were highly critical of the Tibetan government in exile. Their legitimacy, however, came from their position in Tibetan society, as educated members of well-known families, not from their membership of the CCP.

Research suggests that after Tibetan protests marred the 2008 Olympics, the United Front started to give up on ruling through Tibetan elites.

In subsequent conversations with Australian National University scholar Ben Hillman, I was surprised by his description of politics in the Tibetan town of Shangri-la at around the same time. Whereas almost everywhere else in China, the party secretary was boss over everything in his bailiwick, Hillman described Han Chinese party secretaries being bamboozled and sidelined by their Tibetan subordinates, reduced to making speeches in Chinese that everyone ignored. Their inability to speak Tibetan left them unable to participate in the profitable business of local politics.

Weiner’s research suggests that after Tibetan protests marred the 2008 Olympics, the United Front started to give up on ruling through Tibetan elites. In this context, the strategy of using only Mandarin Chinese as the language of instruction in Tibetan schools makes perfect sense. Without the Tibetan language, the memories of 1958 are harder to pass on to the next generation. Han Chinese party secretaries will have less trouble from Tibetan subordinates making plans among themselves.

Back in 2002, I got a taste of what Tibet without the Tibetan language might look like. The Tibetan guide we were assigned to accompany us to the border with Nepal was just 18 and had been educated on the eastern seaboard. While ethnically Tibetan, he could barely speak a word of his own language and relied on the Han driver to tell him where we were.

Before reaching the border town of Zhangmu/Dram, we stopped at a primary school, perched on the sunny side of a glorious elevated valley. Tibetan children swarmed around us, the universal cry of “pen, pen?” filling the air. Our guide stood off to the side, completely silent and immensely sad.