As Turkey’s economy falters, its strongman president is falling in the polls – the implications may be far reaching. 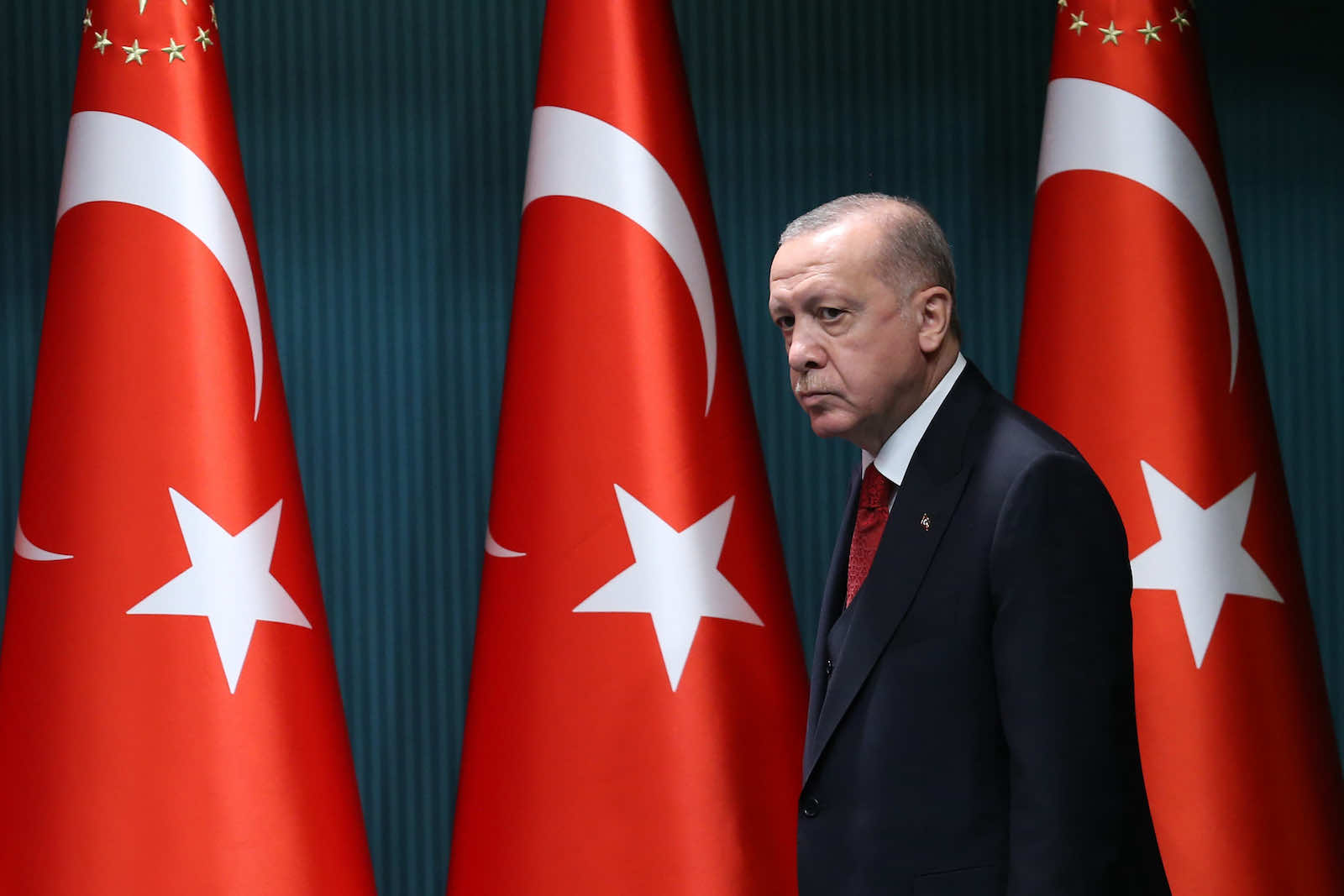 Some 10 years ago, Time magazine featured Turkey’s then-Prime Minister Recep Tayyip Erdoǧan on its cover. Erdoǧan was riding high. His Justice and Development Party (AKP) had just convincingly won a third general election and internationally he was lauded as a can-do leader. Since the AKP won power in 2002, Erdoǧan had overseen an economic boom, re-invigorated European Union accession talks and, alongside Foreign Minister Ahmet Davutoǧlu, engineered a more active international role for Turkey.

A lot can change in a decade. Turkey joining the European Union now seems little more than a pipe dream, doubts have been raised over Erdoǧan’s democratic credentials and Turkey’s economic situation is returning to the dire straits it was in when the AKP took office.

The last of these scenarios is of most concern for Erdoǧan, whose domestic political stocks have plummeted alongside the economy. Recent polls show Erdoǧan’s approval rating in rapid decline, while a majority of Turks think that poverty is increasing.

Erdoǧan has no-one but himself to blame for Turkey’s economic woes. In recent years, he has increasingly sought to micro-manage the economy. He has repeatedly interfered in the working of the Central Bank, sacking governors who do not accede to his directives and cajoling the board  into lowering interest rates despite high inflation and a devaluing currency. This unorthodox approach has been counterproductive, resulting in the Turkish lira plunging to a record low of 14 to the US dollar, and Turkish citizens rushing to buy hard currency to protect their savings.

Erdoǧan has grown less tolerant of criticism, while also entrenching himself in power through the creation of a new presidential regime of his own devising.

These developments are already having devastating impacts for Turkish citizens and they are also likely to reverberate beyond Turkey’s borders. In the early 2000s, as its economy and self-confidence grew and as Erdoǧan sought to redefine its global position, Turkey engaged more closely with its immediate neighbours. More recently, Turkish foreign policy initiatives have raised eyebrows, including its repeated incursions into Syria, its challenging of Greek maritime boundaries in the eastern Mediterranean, and its sponsoring of Syrian proxy forces in Libya and Nagorno-Karabakh.

In some ways, Turkey’s internal politics and its increasingly adventurous foreign policy are linked. The Turkish electorate is generally well disposed to foreign adventures against enemies – real or perceived. The AKP welcomes the diversion from the increasing privations of everyday life brought by campaigns in northern Syria against Kurdish targets, universally deemed “terrorists” by the Turkish press. Similarly, railing against traditional enemies in Greece and supporting Turkic ethnic brethren in Azerbaijan against Armenian targets in Nagorno-Karabagh plays well with the nationalist base in Turkey.

Just what impact Turkey’s economic woes will have on its foreign policy is unclear. Sabre-rattling against Greeks and propping up anti-Assad militia in Syria may prove untenable as the Turkish economy falters, necessitating restraint from Ankara. Alternatively, Erdoǧan may be inclined to orchestrate further foreign adventures to distract Turks as the value of their savings sag and the price of bread increases. There was speculation recently that Turkey was preparing for a fresh incursion into Syria.

Another tried-and-tested method in Turkish politics is to blame external actors for Turkey’s woes. For years Erdoǧan has alleged that an “interest rate lobby” is working to undermine economic progress in Turkey. Amid the current economic downturn, playing upon widespread Turkish suspicions of foreign interference, he has claimed that Turkey is waging a “war of liberation” against the machinations of international forces.

This comes after Erdoǧan’s threat in late October to expel 10 ambassadors who had called for the release of Osman Kavala, a civil society activist imprisoned since 2017 without conviction. A diplomatic spat was defused when the Foreign Ministry walked back from the threat, but this was another example of Erdoǧan playing to the gallery, claiming to be protecting Turkey from foreign political intervention.

These days such ploys are less likely to buttress Erdoǧan’s domestic popularity. They certainly do not win applause from foreign observers. Indeed, since the Gezi Park protests of 2013, which Erdoǧan quashed with water cannons and tear gas, his international reputation has lost its sheen. Subsequent political tribulations, including a 2016 coup attempt, have seen Erdoǧan grow less tolerant of criticism, while also entrenching himself in power through the creation of a new presidential regime of his own devising. Once deemed a champion of freedom, he is now considered an authoritarian.

Despite misgivings about its leadership, Turkey continues to be a vital international player. It has been firmly in the Western camp since the Cold War but now also enjoys close relations with Russia. It remains the only Muslim member of NATO. Having expanded its footprint in its near-abroad it is more central to regional security in the Middle East than ever before.

Turkey is due for general and presidential elections in 2023, coincidentally the centenary of the Turkish Republic. Based on current polling, Erdoǧan’s position as president is in jeopardy. Much depends on how he responds to a loss, if that should eventuate. Whatever happens there will be ongoing repercussions within Turkey and outside it as well.