Ethiopia’s crisis on the Blue Nile

Disputes over a new mega-dam foreshadow the importance of hydro-electric diplomacy in a water-scarce world. 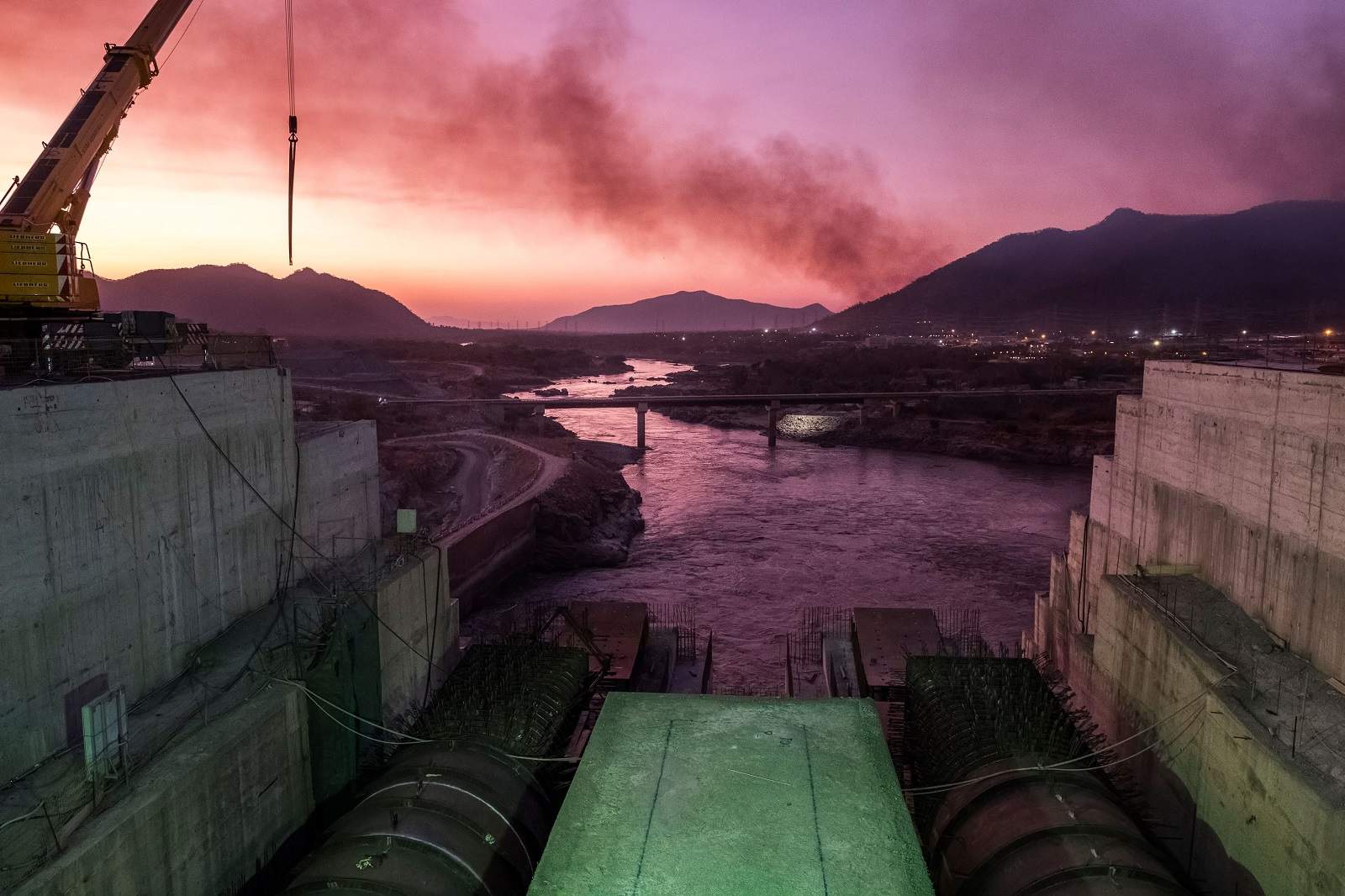 Amid an increasingly bitter war and an impending famine in Ethiopia’s northern region of Tigray, there is still, perhaps, one issue that unites Ethiopians, no matter their political views: that their country has the absolute right to develop and use its hydroelectric potential on the Blue Nile (or as the river is named in Ethiopia, the Abay). And that potential is on the cusp of being realised.

For the past decade, the second most populous country in Africa has been building the Grand Ethiopian Renaissance Dam (GERD), about 40 kilometres from the border with Sudan. The dam is a strand of continuity between Ethiopia’s ousted political regime, which started the construction and now finds itself fighting the federal government over Tigray, and the post-2018 government of Prime Minister Abiy Ahmed, who recently won a commanding majority and his first five year term in office. Once complete, the GERD will be capable of producing as many as 6,450 megawatts (MW) of electricity, ranking it as one of the world’s largest dams and by far Africa’s largest dam by electricity production. To put the GERD in perspective, only five dams outside of China have greater installed production capacity; the completed GERD will be nearly twice as productive as Australia’s entire Snowy Mountains Hydro-electric Scheme (which has a capacity of 3,800MW).

The dam could make Ethiopia a clean energy hub, providing cheap power to growing economies across the region.

Sudan and Uganda have both built large Nile dams in recent years, and there are numerous older dams on the Sudanese portion of the Blue Nile. Until now, the Nile’s largest dam was at Aswan, Egypt (installed capacity of 2,100 MW). Completed in 1970, it transformed Egypt by ending the Nile’s seasonal floods, creating hundreds of thousands of acres of newly arable, irrigated land, and bringing electricity to millions of Egyptians. It was also built without consulting upstream countries, drawing on antiquated colonial treaties to which Ethiopia, which escaped colonialisation, was never a party.

The GERD, in a sense, offers Ethiopia an Aswan moment. It promises to provide power to millions of poor Ethiopians; only 47 per cent of the country’s 115 million people are currently connected to the grid. The dam could make Ethiopia a clean energy hub, providing cheap power to growing economies across the region. But much has changed since 1960. Then, Egypt had just 27 million people, Ethiopia 22 million, and Sudan 8 million. In 2020, Egypt’s population had reached 102 million, Ethiopia’s 115 million, and Sudan’s 44 million.  But Ethiopia’s future population growth promises to be the most explosive, doubling by 2050 to more than 200 million; Egypt is projected to grow to 160 million, and Sudan to 80 million. Even if population growth slows significantly, the amount of available water will clearly not increase on a per capita basis.

In effect, Egypt’s concerns about the GERD are a preview of the downstream country’s present and future econo-hydrological challenges. More than 80 per cent of the Nile water that reaches Egypt comes from the Blue Nile and the Ethiopian highlands. In its objections to the GERD, Egypt has cast the issue as a national existential crisis. In the GERD dispute, questions of emotion and identity have been ignored in favour of material and technical arguments about water security. Competing conceptions of state identity and entitlement make technical compromises over the dam’s operation much harder to reach. Still, more than 80 per cent of Egypt’s water is consumed by agriculture, an increasing amount of which is destined for export rather than local needs. What the GERD risks for Egypt is upsetting the national expectation that the country will be ever fertile, defying the desert.

The GERD is almost a fait accompli. Now, more water flows into the reservoir each day than can physically exit the dam wall.

In September, Ethiopia announced that the GERD would begin to produce power in the coming months. Dam construction continues despite an impasse in the trilateral negotiations between Egypt, Ethiopia and Sudan. For now, heavy rainfall and high seasonal flows on the river have averted a crisis, allowing the dam to fill without significant downstream consequences. But for several years, the characterisation of the dispute has changed little; wrangling over the dam has proceeded as if the day of completion would never come. The GERD is almost a fait accompli; now, more water flows into the reservoir each day than can physically exit the dam wall. Negotiations, therefore, are no longer about a hypothetical change on the river; change is already here.

Due to its scale, the case of the GERD could be an important example of how to approach, or not approach, future transboundary water management in an increasingly water scarce world. More than 260 watersheds cross the borders of two or more countries, and approximately 40 per cent of the world's population lives in transboundary river and lake basins. While not all transboundary watersheds are shared by countries at loggerheads, imperatives for regional cooperation may still not trump national interests. In Ethiopia, despite a war, a worsening economy, and growing international pressure, the GERD is an indisputable priority and a point of national pride; for some, it is even a cause to support the Abiy government. Given its present difficulties, the rhetoric of an Ethiopian renaissance may be overstated, but despite the challenges, Ethiopia’s development ambitions remain very real.

Show Comments
Previous Article
An opening on the ICJ and an opportunity for renewal
Next Article
AUKUS: Why Beijing didn’t go ballistic