EU and Iran push back against US sanctions

The sight of the EU and Iran jointly announcing a plan to blunt a signature US initiative must infuriate Washington. 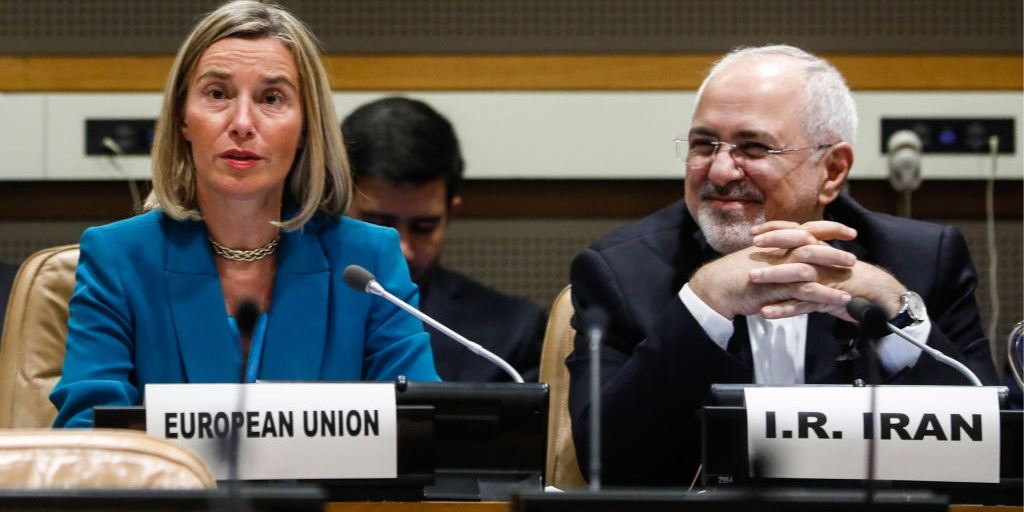 Europe has fired a shot across the bow of USS Trump in its joint press conference held yesterday with the Iranian Foreign Minister Zarif at the UN. The announcement that Europe would set up a Special Purpose Vehicle (SPV) to facilitate European trade with Iran in accordance with EU law, with the prospect of non-European countries included later, was bad news for Washington.

The technical details are still being worked out, so we don't yet know if it will work or at least give companies sufficient confidence to trade with Iran. It may already be too late to reverse the momentum of companies (particularly German) that have already left Iran.

One can only imagine what senior Trump officials made of the EU foreign policy chief and the Iranian foreign minister making a joint announcement in New York aimed at circumventing the White House’s re-imposed sanctions regime following Washington's unilateral withdrawal from the Joint Comprehensive Plan of Action (JCPOA).

The difference between the two sides could not be more stark. The White House is trying to kill the JCPOA and pressure Tehran to modify its regional behaviour (or achieve regime change, depending on who you listen to). Some of Washington’s firmest allies share the strategic aim of modifying Iranian behaviour but they oppose Trump’s behaviour with respect to the JCPOA.

With a second, more punitive, round of sanctions targeting Iran’s oil industry to restart on 4 November, there was obvious urgency to the announcement of the SPV. And while the question of whether the SPV can or will work is still to be determined, the sight of the EU and Iran jointly announcing a plan to blunt a signature American foreign policy initiative would be infuriating for the Trump Administration.