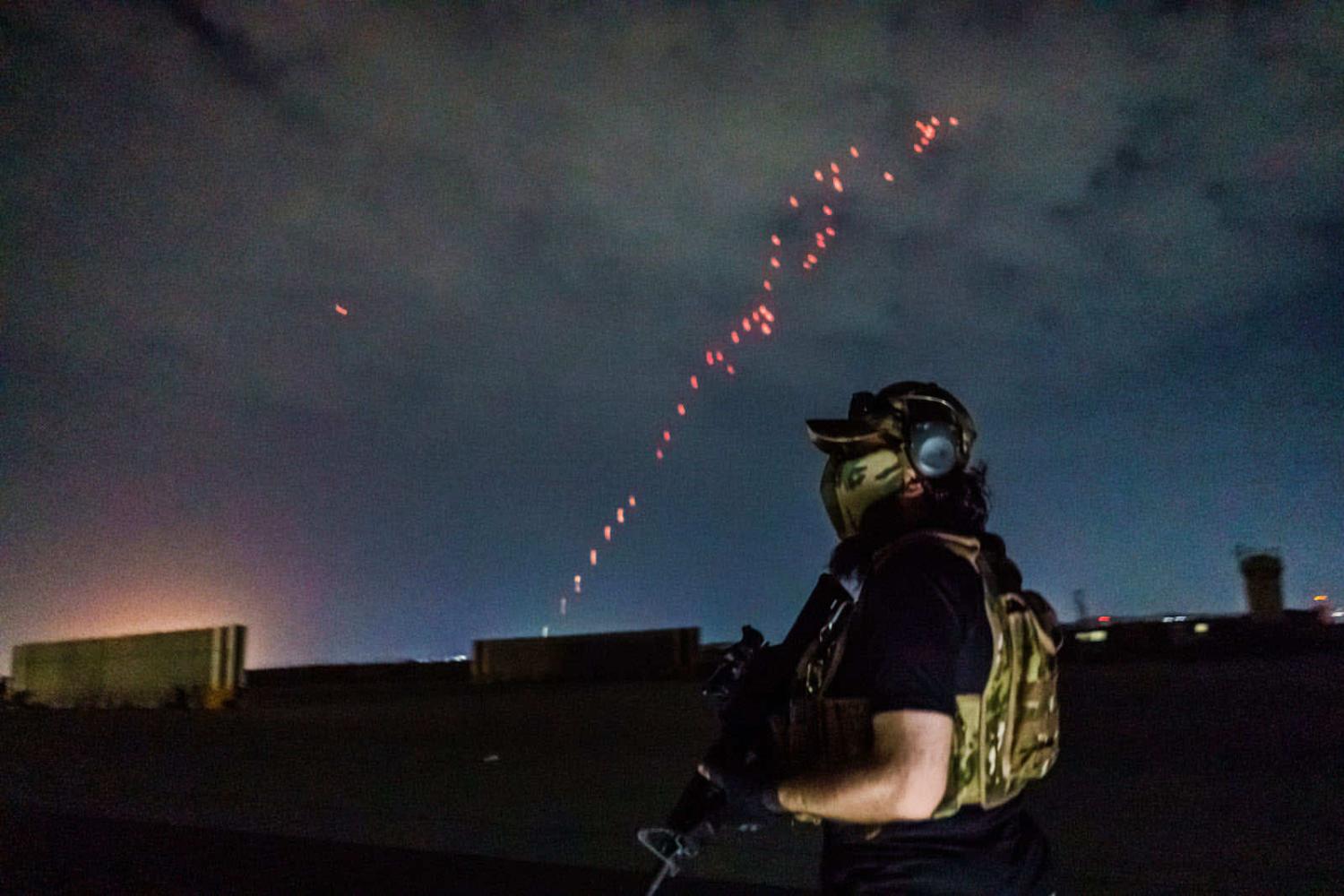 The attack on evacuation efforts at the Kabul airport by the Islamic State- Khorasan Province (ISK, ISKP, or ISIS-K) triggered much speculation about the Afghan Taliban’s ability to constrain terrorism in the country. But it also served as a reminder of the intense rivalry between the Taliban and ISK; while the attack’s lethality shocked many, the two organisations have engaged in intense clashes as militant organisations since ISK’s emergence in 2015.

However, as the Afghan Taliban now transition into a legitimate political entity, the nature of their clashes is likely to change as ISK will tackle the Afghan Taliban as more of a state actor – whose credibility can be undermined domestically and internationally. In order to understand this new phase of the Taliban-ISK rivalry, it’s important to look forward, but also to frame the recent attack by ISK within the context of the original clash between the two groups’ ideologies and agendas; there are important lessons from the past that can help us assess how the two groups may compete for dominance in Afghanistan, and the associated security implications.

Violent attacks such as those at the Kabul airport are meant to distinguish ISK’s brand from the Taliban’s, cast doubt on the Taliban’s ability to govern and provide security, and signal their own resolve.

For those unfamiliar with the Islamic State- Khorasan, we’ve previously published an explainer piece that provides a quick overview of the group, with deeper dives into ISK’s rise and fall from 2015 to early 2020. More recently, we tracked the group’s resurgence efforts under its new leader, who was appointed in 2020 to oversee a new campaign of violence against both the Afghan Taliban and international presence in Afghanistan. Now, with the US withdrawal and surrender of Afghan forces, ISK appears to be positioning itself for an ambitious violent campaign against the Afghan Taliban as a state actor.

Why did ISK and Afghan Taliban clash as militant organisations? ISK views the Afghan Taliban both as its strategic rival in a saturated militant landscape, and as an ideological opponent. It smears the Taliban’s efforts to form an emirate based on national boundaries, which is directly opposed to the Islamic State’s vision of a global caliphate. Additionally, ISK deems aspects of the Taliban’s ideology and governing practices as heretical, framing itself as the only legitimate jihadist actor in the region.

In part, violent attacks such as those at the Kabul airport are meant to distinguish ISK’s brand from the Taliban’s, cast doubt on the Taliban’s ability to govern and provide security, and signal their own resolve to various audiences – all of which can ultimately increase terrorist organisations’ longevity and serve as a recruiting tool. ISK also uses these attacks to paint its long-time Taliban rival as illegitimate collaborators with the West, incapable of delivering security to the Afghan people.

Prior to this new phase of ISK’s war against the Taliban, these two organisations had already pursued each other across different regions of Afghanistan for several years. Back in mid-2015, Taliban leadership exhorted then-caliph Abu Bakr al-Baghdadi to not form a parallel jihadist group in Afghanistan to challenge the Taliban. The Islamic State responded publicly with a statement by former spokesman Abu Muhammad al-Adnani criticising the Taliban, declaring it a nationalist movement, and decrying its founder, Mullah Omar.

This came at a precarious time for both the Afghan and Pakistani Taliban. Both were losing thousands of leaders and fighters to ISK’s ranks, and both were struggling with recent internal divisions and splintering. And just as the Islamic State movement eclipsed its jihadist arch-rival, al-Qaeda, in Iraq and Syria, its newly-declared “Khorasan” province quickly eclipsed an al-Qaeda in relative decline in the Afghanistan-Pakistan region, too. As ISK embarked on its lethal campaign of violence against government and civilian targets, it was also targeting Taliban-controlled or contested areas.

ISK will also try to draw additional defections from the Taliban’s ranks.

ISK and the Taliban have clashed in over one-third of Afghanistan’s provinces, according to our analysis. The worst of these clashes often fell in areas where Taliban leaders or Taliban-aligned commanders switched banners to join ISK. Since ISK’s inception in 2015, we along with researchers at the Afghanistan Analysts Network have tracked such defections across provinces throughout Afghanistan. In most cases, decisive Taliban clamp downs, US and/or Afghan allied operations, or some combination of the two quickly routed nascent ISK efforts to establish control. In some areas, more protracted engagements between all three sides occurred, which occasionally led the US-led coalition to pursue tacit cooperation with the Afghan Taliban against ISK. The one constant has been that wherever the Afghan Taliban and ISK have clashed, civilian deaths and mass displacement followed.

Now, with the US withdrawal, these two organisations are poised to begin the most violent phase of their rivalry yet – with the Afghan Taliban as a state actor and ISK as the insurgent group. In the short term, ISK is likely to continue its attacks against Taliban personnel, Taliban-run infrastructure, and civilian spaces in Taliban-controlled areas. It wants to continue separating itself from the Taliban, and to show that the Taliban are incapable of delivering security to the people. ISK will try to do so by leveraging its attack cells around Kabul, operational alliances with other jihadist groups, and the thousands of its members who recently escaped from prison or who escaped during a complex prison break operation just last year.

ISK will also try to draw additional defections from the Taliban’s ranks. This is a precarious time for the latter; if it concedes even slight issues of ideological purity, it risks losing its more hard-line members and supporters to ISK. These defections offer ISK deep operational knowledge and intelligence about its Taliban rival, which ISK may use to continue infiltrating Taliban ranks and strike from within. ISK will also try to draw recruits from other jihadist groups, Salafi-jihadist sympathisers, and from the thousands of foreign fighters already in Afghanistan, as well as many others who are likely to attempt to travel to the country in the coming months and years.

In the longer term, ISK will likely attempt to reassert its territorial ambitions through influence activities. These include online propaganda messaging, proselytization activities on-the-ground, and coercive practices like extortion of civilian populations. In the past, ISK has attempted to build administrative bodies similar to those of its namesake in Iraq and Syria, based on captured internal Islamic State documents and correspondence we have seen. If given the space, it will likely try to do so again.

President Joe Biden recently announced that the US will be pursuing an over-the-horizon counterterrorism posture in Afghanistan. In just a few days, we’ve seen the successes of that approach, and the tragic failures.

Looking beyond these immediate weeks, important questions remain: how sustainable is this approach? What happens if intelligence is shared with or coordinated through Taliban fighters who later defect to ISK? Does cooperating with the United States against its jihadist rival risk driving Taliban members and/or factions into ISK’s ranks? Can the Taliban afford to keep ISK at bay without substantial in-country operations by US and Afghan-allied partners? These are difficult questions to answer, and it may simply be too early to answer them. But one thing remains clear: the immediate likelihood for mass civilian victimisation and displacement remains high as the ISK –Afghan Taliban rivalry deepens.

A sand-rimmed paradise with a long nuclear history has a surprising amount of clout in the Washington vs Beijing game.
Catriona Croft-Cusworth 24 Feb 2017 16:14

The topics likely to be covered in bilateral talks reflect Jokowi's domestic-first agenda.
Morten B. Pedersen 18 May 2018 12:00

The new UN Special Envoy on Myanmar must look beyond the Rohingya refugee crisis.