The General Assembly has a chance to act in the interests of peace in the face of Russian and Chinese intransigence. 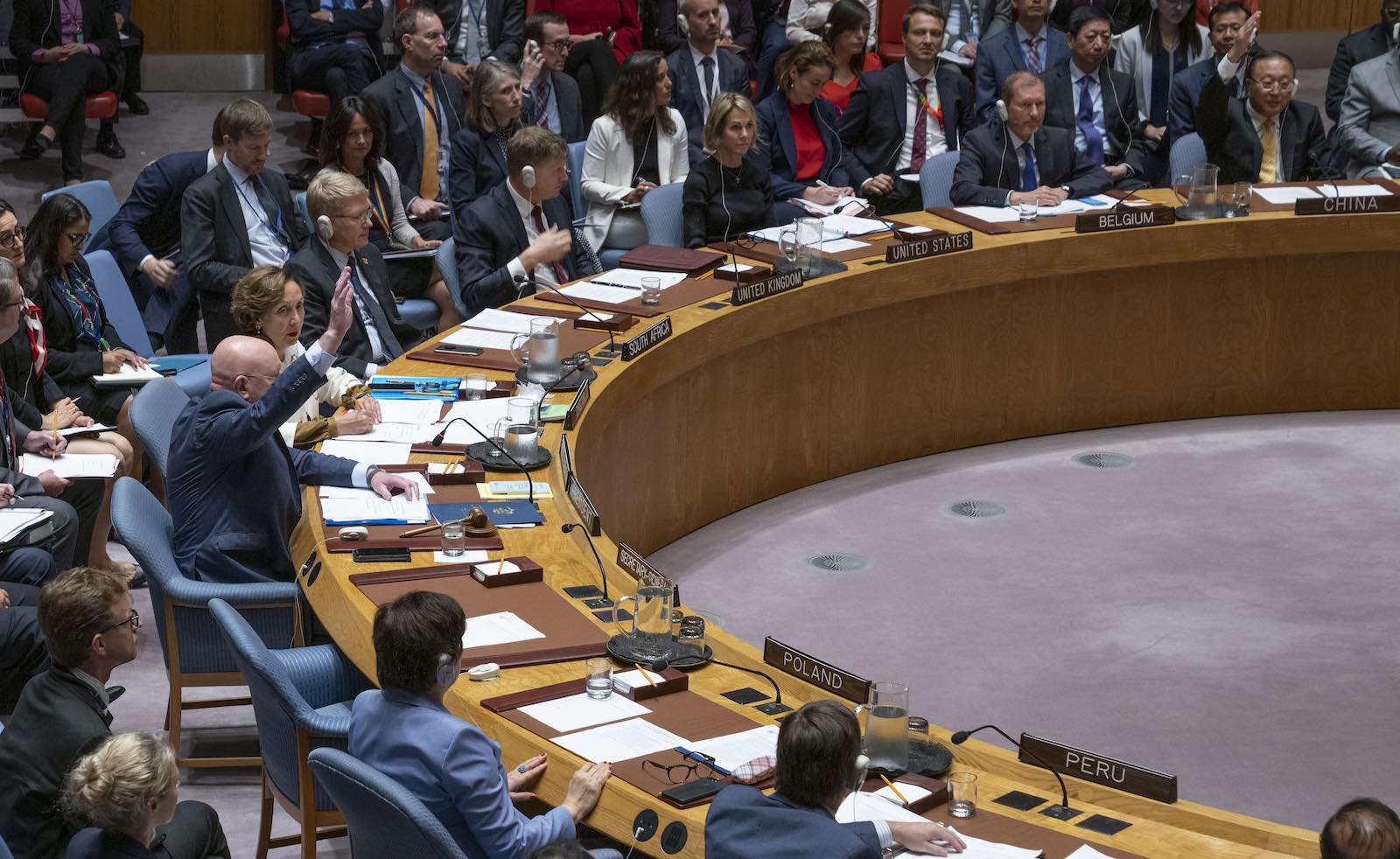 Last week in the United Nations Security Council, Russia and China blocked a resolution that would have demanded an end to fighting in the Syrian province of Idlib, the final stronghold of the opposition. It marks the 13th time that Russia has used its veto to block Security Council action on Syria since the conflict began in 2011. In that time, more than half a million people have been killed.

Since April this year, the population of Idlib has borne the brunt of a surge in fighting between the Russian-backed Syrian regime and opposition forces. More than 1000 civilians have been killed in Idlib and its neighbouring Hama province in the past four months, and health facilities and schools have been deliberately targeted. In June, the UN warned that Idlib was “on the brink of a humanitarian nightmare unlike anything we have seen this century”. A fragile ceasefire is now in place but will likely fail without significant pressure on the warring parties.

The Security Council’s failure to agree on any meaningful action to protect civilians in Syria will stain the UN’s reputation for years to come.

Consequently, the Security Council has not been able to do much on Syria. It has on various occasions demanded compliance with international law and an end to the violence, and it also established (although subsequently failed to renew) a mechanism to determine responsibility for chemical weapons use, and authorised the delivery of humanitarian assistance into Syria from neighbouring countries. But with limited exceptions, it has failed to impose any of the tangible measures that the UN Charter says it may employ to give effect to its decisions – such as sanctions, arms embargoes, and the suspension of diplomatic relations. It has also failed to take any steps to pursue accountability for violations of international human rights and humanitarian law.

The resolutions vetoed by Russia would have, among other things, renewed the mandate of an investigative mechanism for chemical weapons use, banned military flights in certain areas to prevent aerial bombing, referred crimes to the International Criminal Court, and imposed sanctions. (See here for a full list of all the things that Russia has vetoed.)

The General Assembly commenced its 74th annual session in New York last week, and on Tuesday begins its high-level general debate. The current General Assembly president, Nigeria’s Tijjani Muhammad-Bande, has identified peace and security as one of his top priorities, as has the European Union.

In relation to Syria, by way of contrast, the General Assembly took an important step in 2016 when it established a mechanism to investigate serious international crimes, but since then, it has done precious little.

In recent years, under a workstream headed “the revitalisation of the work of the General Assembly”, the Assembly has expressed a strong desire to increase its effectiveness. It has also reaffirmed its role and authority on matters of international peace and security, where appropriate using procedures that enable “swift and urgent action”.

The 74th session is a good opportunity for it to do so. It’s a disgrace that the Security Council can’t act to protect civilians in Syria, but that’s no excuse for continued inaction on the part of the General Assembly.