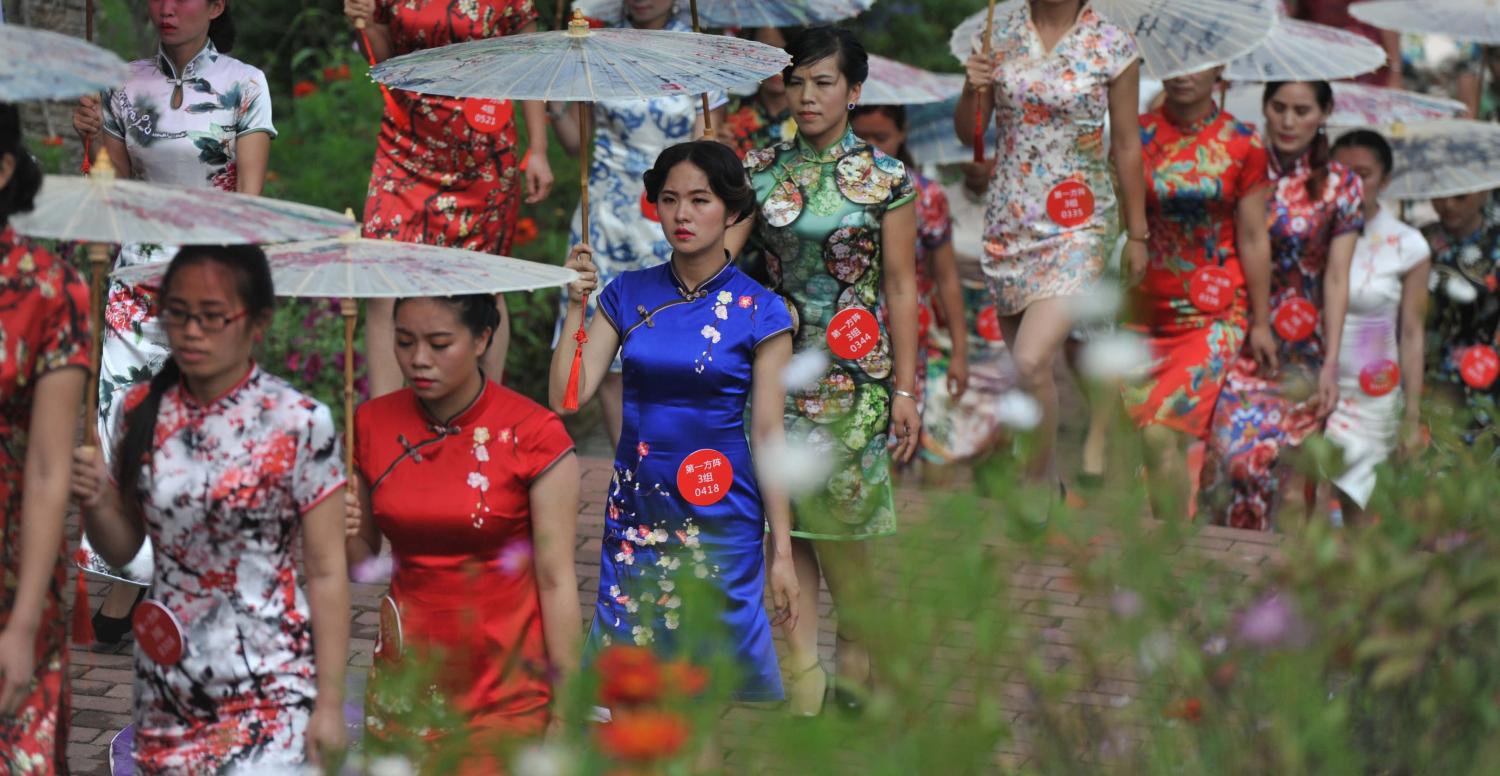 Wearing the right dress can be the first step to success.

Pictures of an American teenage girl sporting a red Chinese cheongsam to her prom have gone viral and sparked controversies on the internet. People in the US have called her racist, but some in China applauded her choice of fashion. This could be a golden opportunity for China to finally export its soft power successfully.

China might have deep pockets to buy up the world, but there is one thing that it still cannot buy. The Middle Kingdom’s quest to become a world power relies on making investments around the globe; however, Chinese culture is yet to earn the truthful respect of people around the world.

No mainland Chinese movie has earnt big bucks in overseas box offices and, unlike their K-pop counterparts, no new wave of Chinese pop stars has topped the US Billboard chart.

People who bow to the Chinese are mostly only interested in their cash. Just look at those Mandarin-speaking shop assistants in the luxurious fashion outlets along the Champs-Élysées.

China places great emphasis on its soft-power strategies, emphasised in numerous recent speeches by President Xi Jinping. In 2014, Xi said that giving his nation’s soft power a boost was necessary to “better communicate China’s message to the world”, and he reiterated this notion at last October’s 19th National Congress of the Communist Party of China. One of the 2020–35 goals outlined was to:

improve our capacity for engaging in international communication so as to tell China’s stories well, present a true, multidimensional and panoramic view of China, and enhance our country’s soft power.

Over the years, China has made efforts to boost its soft power overseas. One of the most significant examples of this was the establishment of the Confucius Institute. As of 2014, there are more than 480 branches of the Institute teaching Chinese language (Mandarin) and culture in six continents across the globe. According to a 2015 report, China spent 270 million euros in that year alone to reach 1.4 million international students.

But the truth is that such efforts are yet to pay off, and soft power is still a major shortcoming that agonises the ruling party.

Joseph S. Nye Jr, the scholar who coined the term soft power in the late 1980s, wrote in his 2004 book Soft Power: The Means to Success in World Politics that hard power, such as economic and military resources, could be relatively easy to achieve because it is under a government’s control; soft power, however, is more difficult to attain because:

many of its crucial resources are outside of the control of governments, and their effects depend heavily on acceptance by the receiving audiences.

Take China’s movie industry, for example. Although the market for Chinese films is the second-largest in the world, mainland Chinese films remain a niche interest among global film audiences. A few auteurs, such as Jia Zhangke, might have earnt favour at film festival circuits, but Chinese films are far from mainstream globally.

The first Chinese-language film that achieved global success was Crouching Tiger, Hidden Dragon (2000). However, because it was directed by Ang Lee, who is from Taiwan, the film was a source of Taiwanese, not Chinese, pride. Zhang Yimou’s Hero (2002) earnt an Academy Awards nomination for best foreign language film, and the director’s other martial arts epic, House of Flying Daggers (2004), earnt a nomination for best cinematography.

This moment, when American student Keziah Daum’s viral Twitter post of her cheongsam (or qipao, in Mandarin) is winning wide support from Chinese internet users, is a great chance for China to boost its soft power.

A number of Chinese people, including from Hong Kong, who have been keeping the tradition of cheongsam alive and fashionable (as seen in Wong Kar-wai’s 2000 classic film In the Mood for Love) have celebrated Daum’s choice of fashion as cultural appreciation rather than cultural appropriation, which she has been accused of in the US.

Cheongsam might be a traditional Chinese dress, but its figure-hugging design and varieties in different colours and fabrics have been warmly embraced by young fashionistas. In Hong Kong, there are outlets that allow local people and tourists alike to rent fancy cheongsams for photo shoots, in the same way you can rent a kimono in Kyoto, Japan.

If China is to improve its image on the global stage, it has to be more creative with its soft power strategies. A top-down model is unlikely to succeed. Dressing up political motives as a form of pure cultural appreciation, promoting values shared by people from different parts of the world, might stand a better chance.

After all, no one would reject the opportunity of looking fabulous, regardless where you come from.

Whoever ends up becoming chancellor next, expect the country’s foreign policy to stay on pretty much the same track.
Biren Nanda 6 May 2020 15:00

The virus has further complicated US-China ties, as both nibble away the bonds of multilateralism.
David Ritchie 19 Apr 2018 10:00

Europe: the movers and the shakers

The responses to the Syria strikes illustrate a troubling divide in Europe in defending Western principles.