Finally, some plain talk on the Quad

The US Secretary of State dropped a fig leaf: Washington thinks the Quad can help put China back in its “proper place”. 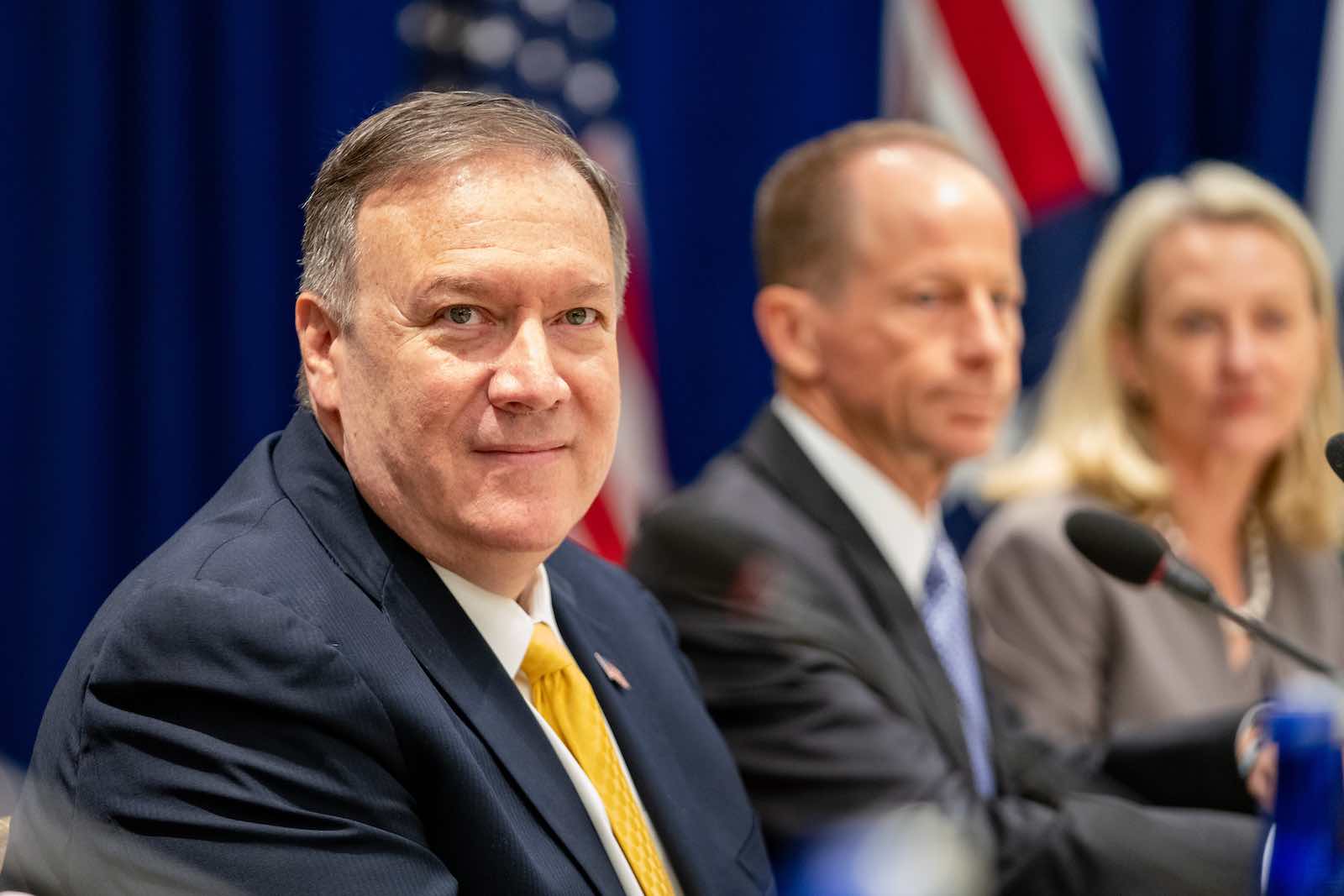 US Secretary of State Mike Pompeo gave a foreign policy speech to the Heritage Foundation on Tuesday. Australia’s foreign policy analysts can be very grateful for these candid remarks, because they should prompt Canberra to rethink its policy stance on the Quadrilateral Security Dialogue (the “Quad”).

There has always been an obvious tension in the Quad: while its supporters insist it is nothing more than a talk-shop, they also sometimes suggest it involves “history being made”, and will achieve something worthy of future celebration. In response, Quad critics have argued that the group lacks a common interest likely to unite the members into pursuing cooperative but risky policies designed to influence China.

Pompeo’s speech should settle one aspect of this debate once and for all, for he has let the fig leaf fall. In what appears to be a scripted speech, he suggested that the US seeks not just to contain China, but reduce its current global position, and Washington thinks the Quad could be a useful tool to accomplish this.

Pompeo claimed that the Quad “security talks … will prove very important in the efforts ahead, ensuring that China retains only its proper place in the world”. One interpretation – noting the use of the word “retains”, rather than “attains” or  “maintains” – is that Washington already sees China as having achieved something more than its “proper place in the world”, and now needs to have its wings clipped. Perhaps the Quad can do more than contain China: it can help reduce Chinese power and influence.

Pompeo’s speech will add to Australia’s difficulty in simultaneously managing relations with Washington and Beijing. Prime Minister Scott Morrison has described the US and China as Australia’s two great and powerful friends, saying Australia enjoys a “resolute and mutually beneficial alliance” with Washington, and that “China’s economic success … is good for China … [and] good for Australia”. He has publicly rejected the idea that a lens of ideological rivalry should be used to understand China’s growth in power.

But Washington does not see things in this way. It sees China as a strategic competitor, an ideological foe, and a revisionist power: “meddling in America’s democracy” and seeking to “displace the United States in the Indo-Pacific region”. This competition is frequently cast by the US in zero-sum terms: “You can sell your soul for a pile of soybeans or you can protect your people,” as Pompeo put it when visiting Australia in August.

If Australia cannot completely and unambiguously disassociate itself from Pompeo’s characterisation of the Quad, and continues to participate in Quad meetings, then it is tacitly supporting its newly revealed purpose.

In time, this divergence will affect both ANZUS and the Quad. In hinting at requests for the placement of strategic bombers and missiles on Australian territory, and repeatedly encouraging Canberra to take a more belligerent posture towards China, Washington is beginning to signal a new direction for the ANZUS alliance. The US is gradually setting standards for the kind of military cooperation it will expect in the near future.

Canberra’s response has been to downplay these emerging differences. While Washington is consistently inching towards framing Beijing as an enemy, Canberra continues to insist that China is a great and powerful friend. Suggestions of divergent interests in ANZUS are dismissed with cringeworthy references to a “century of mateship”, and the myth that Australia has “been alongside the United States in every conflict since” 1908.

On the Quad, Canberra has so far emphasised that it is a mechanism for discussions about shared values and interests: most specifically the “rules-based order”. It seems increasingly likely that Washington’s conception of the Quad goes further, and Pompeo envisages the group taking coordinated action not just to prevent the growth of Chinese power, but to diminish China’s global standing. Overall, it will likely remain unclear as to whether the US goal is containment, rollback, or something else.

In an effort to mollify Chinese concern, Australia could seek, perhaps with Japan and India, to clarify intentions for the Quad and distance itself from Pompeo’s remarks. But these assurances are unlikely to be believed in Beijing. Regardless of what we want the Quad to be, the US has revealed its own thinking. Australia cannot credibly claim the Quad is only a talk-shop when the US sees it as important to putting China back in its “proper place”.

Australia’s leaders will be very tempted to keep schtum on Pompeo’s comments. They have form on this, and chose not to comment on a similarly provocative speech by Vice President Mike Pence last October. Politically, this is no doubt an attractive option, but inaction is still a decision not to act.

If Australia cannot completely and unambiguously disassociate itself from Pompeo’s characterisation of the Quad, and continues to participate in Quad meetings, then it is tacitly supporting its newly revealed purpose. Australia will be endorsing the notion that one of our great and powerful friends is correct in seeking to ensure the other “retains only its proper place in the world”. At long last – thanks to Pompeo – we are finally talking plainly about the Quad.