The US base on Diego Garcia needn’t be an obstacle to a negotiated settlement of a longstanding sovereignty dispute. 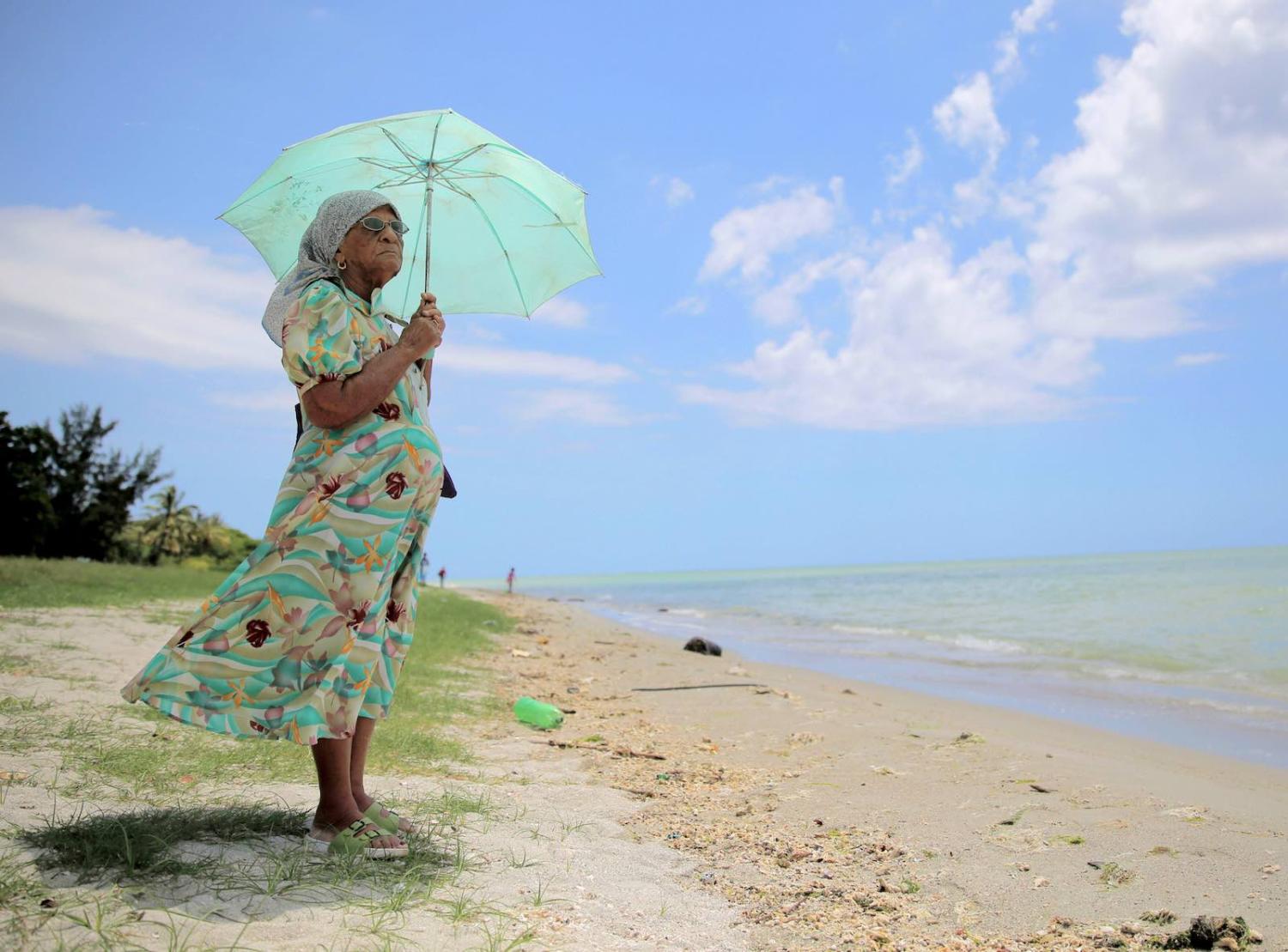 A 90-year-old woman who was exiled from the Peros Banhos Atoll of the Chagos Archipelago stands by the sea in March 2015 in Port Louis, Mauritius (The Asahi Shimbun via Getty Images)
Published 26 Jun 2020

The Chagos Archipelago of 54 islands, formerly administered as a dependency of the British Colony of Mauritius, was excised from Mauritius by the UK in 1965, three years before independence. It was renamed the British Indian Ocean Territory (BIOT), and its inhabitants (about 1500 people) were deported to Mauritius and Seychelles between 1968 and 1973 to make way for a US military base on the largest island, Diego Garcia. Depopulation enabled the British government to avoid having to administer the islands and to report annually to the UN via the Special Committee on Decolonisation, or C-24.

For the last five decades, the Foreign and Commonwealth Office (FCO) has prevented the Chagossians from returning to their homeland and denied them the right of abode in Chagos. It has resisted both political and legal attempts at promoting a resolution of the issues. On the international stage, UK sovereignty over Chagos has been challenged since at least 1980 by Mauritius.

Forty years of British parliamentary debates and questions, discussions and resolutions in UN bodies, the European Parliament, the African Union, the Commonwealth and 22 years of ongoing litigation in the English courts would suggest that it is time to resolve the Chagos dispute. The 2019 International Court of Justice (ICJ) Advisory Opinion and UN General Assembly (UNGA) resolution endorsing it are the latest landmarks in these challenges to UK sovereignty and to denial of the Chagossian right of abode and resettlement.

For as long as the UK clings on to Chagos, it has an international legal responsibility to restore the right of return and abode to the Chagossians.

The ICJ decided that the decolonisation of Mauritius is incomplete, that the UK is under an obligation to bring an end as rapidly as possible to its administration of Chagos, and that the right to self-determination was a peremptory norm of customary international law before 1965.

The Court of Appeal in London heard a case in May against the UK Government’s decision in 2016 not to allow resettlement. However it is decided, Chagos could go to the UK Supreme Court for the third time and quite possibly to the European Court of Human Rights, where it would be the second time this court has considered the plight of the Chagossians.

For the past 18 years, the UK has at different times deployed a catalogue of unproven reasons against resettlement and an overall settlement, including defence, security, cost, feasibility, environment, conservation, rising sea levels and fighting terrorism, organised crime, piracy and drug trafficking. In contrast, Mauritius does not see any insuperable problems to resettlement, for which it earmarked funding in its budget last year.

The latest argument, though not so far deployed by the UK Government, is the supposed China “threat”.  However, Mauritius is not in any way beholden to China, and is a close ally of India. Furthermore, it has been made abundantly clear that it wants the US base to remain and is happy to negotiate a long-term agreement with the US and UK. It must be in the interests of all four countries to have an agreement which guarantees the future of Diego Garcia and maintains stability in the Indian Ocean. That is also in Australia’s interest as a significant regional player. It is also very much in the US strategic interest to develop a close relationship with Mauritius, almost 2000 kilometres south of Diego Garcia. Mauritius would welcome that.

The Chagos All-Party Parliamentary Group, which has 53 members from the seven political parties in British Parliament, has long argued for resettlement and a negotiated settlement with Mauritius. A compromise solution is a staged transfer of the Outer Islands, more than 160 kilometres from Diego Garcia, to Mauritius leaving Diego Garcia for future discussions. There is precedent for this, the UK having returned three BIOT islands to Seychelles in 1976 at independence. Diego Garcia’s sovereignty status could be reviewed at any time and at latest by 2036, when the 1966 UK/US Agreement (there is no lease or rent) making the territory available for the defence purposes of both nations comes to an end, only 16 years away.

Such a solution would go a long way to addressing the ICJ Advisory Opinion of 25 February 2019 and UNGA resolution 73/295 of 22 May 2019. With the hindsight of 18 years, it is painfully obvious that much distress, huge litigation costs, damage to the UK’s reputation in failing to uphold human rights and international law, and the UK’s isolation in the UNGA could have been avoided.

For as long as the UK clings on to Chagos, it has an international legal responsibility to restore the right of return and abode to the Chagossians. The Outer Islands have never been and will never be required for defence purposes. The US does not in principle object to resettlement. The UK needs to redeem its reputation in the international community for the promotion of human rights and international law. Recently, the official UN world map was revised and shows Chagos as belonging not to the UK but to Mauritius.

The writing is on the wall map.

Yemen and the drone innovation

If pro-Houthi media claims are believed, the use of drones as weapons is increasingly strategic and more than tactical.
Lina Gong 25 Mar 2022 06:00

The logistical challenge of responding to disaster

Climate change will not only make for more frequent emergencies – it will change how and from where to provide relief.
John Edwards 17 Apr 2019 10:00