The Welsh-born Australian was a master controversialist who played a key role in Washington foreign policy debates. 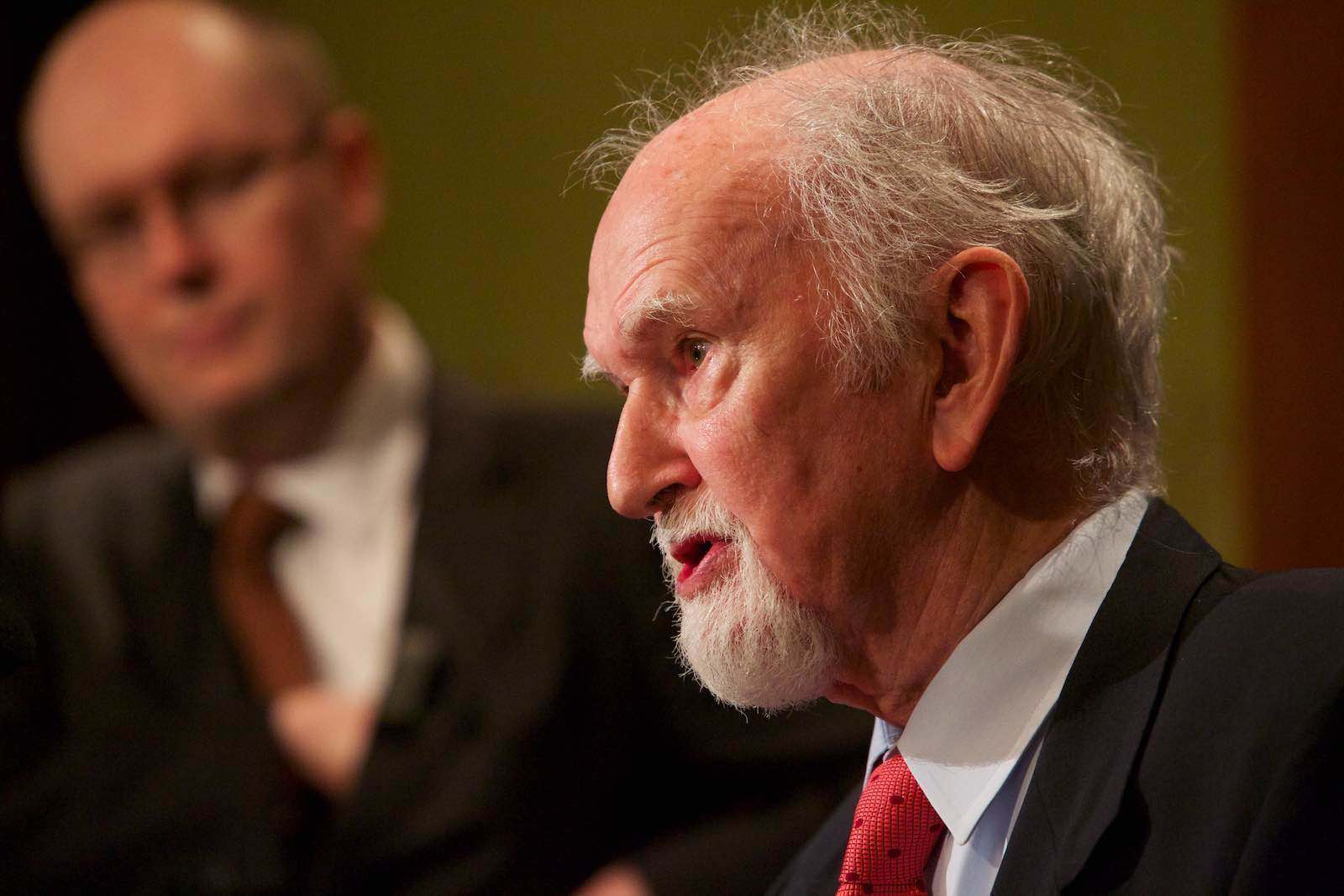 It would be difficult to think of anyone who has been more percipient about international affairs in recent decades than Owen Harries. Harries, who was the Australian ambassador to UNESCO as well as editor of the National Interest magazine for several decades in Washington, never occupied high public office or wrote a major book. Instead, he was a superb essayist who belonged to the high-octane intellectual world of Encounter magazine and Quadrant. He allied an unfailingly felicitous prose style with a relentlessly inquiring mind to identify, long before anyone else, the two big trends that would reshape global politics in the 21st century. The first was the dangerous rise of a hubristic triumphalism in America. The second was the myth of a united West and the continued significance of the nation-state, which he wrote about in Foreign Affairs as early as 1993.

His ability to see America so pellucidly can probably be traced to his own status as an insider who remained an outsider.

Though Harries identified with the neoconservative movement when he moved to America in 1983, he was never an ideologue. Quite the contrary. He never shrank from polemics – one of his more memorable essays in Commentary magazine was entitled “A Primer for Polemicists” – but after the cold war ended, he came down much more firmly on the side of foreign policy realism as against neoconservatism. In this regard, he was at one with Irving Kristol, who, as the scholar Jonathan Bronitsky has shown, originally founded the The National Interest in 1985 as a counterweight to the crusading militancy of Commentary, which was edited by Norman Podhoretz.

Harries became increasingly sceptical about America’s mission and future, viewing it, very much as did George F. Kennan, as its own worst enemy. He opposed NATO expansion and decried the lurch into the Iraq War. This former ardent cold warrior once confessed to me at lunch in the late 1990s that he had been shocked when the international relations scholar Hedley Bull had declared, “Thank God for the Soviet Union!” Now, Harries wryly said, “I know what he meant.” Absent another superpower, America was running amok.

His ability to see America so pellucidly can probably be traced to his own status as an insider who remained an outsider. Harries, who was born in 1930, grew up in the Welsh village of Garnant, where, as a lad, he heard the Labour party leader Aneurin Bevan decry the British class system. After studying at Oxford, he traveled to Australia in the mid-1950s and became a professor of political science at the University of Sydney, where he was decidedly on the left. It was the Vietnam war that converted him into a cold warrior. He supported Australia’s alliance with America and became something of a celebrity as he clashed with the dominant political correctness of the 1960s. The New Left was the enemy. He was ready to fight it.

Malcolm Fraser became his benefactor and Harries always remained grateful to him for championing his career. As Australia’s ambassador to UNESCO in 1982–83, Harries caught the eye of neoconservatives in America for his efforts, prompting the Reagan and Thatcher administrations to withdraw from UNESCO. Now the stage was set for a new battle in Washington against the dominant liberal elites and on behalf of the Reagan administration.

The National Interest struggled during its first years to gain much of a toehold in American debates. It wasn’t until the Cold War ended, as Harries later observed, that the magazine found its intellectual footing. It was liberated from the costive constraints of neoconservative thinking and could strike out in bolder directions. In line with his own readiness to air ideas that he didn’t necessarily agree with, Harries published in 1989 Francis Fukuyama’s essay “The End of History?” I had just joined the magazine, and the article detonated with concussive force as our office was overwhelmed with requests by fax and telephone, including from Thatcher’s office, for copies of the issue. We could barely keep up. Owen was ecstatic.

He played a key role in debates over foreign policy in Washington in the 1990s, serving as a counterweight to the neoconservative program advanced by William Kristol and Robert Kagan in the Weekly Standard. But it’s also worth noting that Owen hired a series of executive editors who were ideologically all over the map, from Michael Lind, who broke with the right in no uncertain terms, to Lawrence F. Kaplan, who ended up co-authoring a book with Kristol calling for war in Iraq. None of it unduly ruffled Harries, who had a catholic spirit when it came to provoking controversy.

A master controversialist himself, he performed something of a somersault by the time of the Iraq War in attacking the George W. Bush administration’s push for conflict. Harries had a deep revulsion for communism – I recall him once remarking that there was an essay to be written exploring “how could intellectuals who prize themselves on independent thought have embraced something as monolithic and barren as communist ideology” – which is why he regarded the Bush administration with abhorrence: “I think it’s to belittle the historical experiences of World War II, not to speak of the Cold War, to equate the terrorists of today and the damage they’re capable of with the totalitarian regimes of the previous century.” Invoking one of his favorite maxims of Edmund Burke, he noted, “I dread our own power and our own ambition; I dread our being too much dreaded.” The 9/11 attacks, he predicted, might arouse a clumsy, lurching and undiscriminating American nationalism that would boomerang upon itself. In some ways, I suppose, events had prompted Owen to return to his original political incarnation.

For all his perspicuity, Harries was also personally modest and generous. He made my career, offering me my first job as an assistant editor at The National Interest. His mastery of understatement and spirit of intellectual inquiry left a deep impression on me. And his imprint on The National Interest remains to this day, as America struggles to define the national interest. He will be badly missed in Washington, as well as in Sydney.