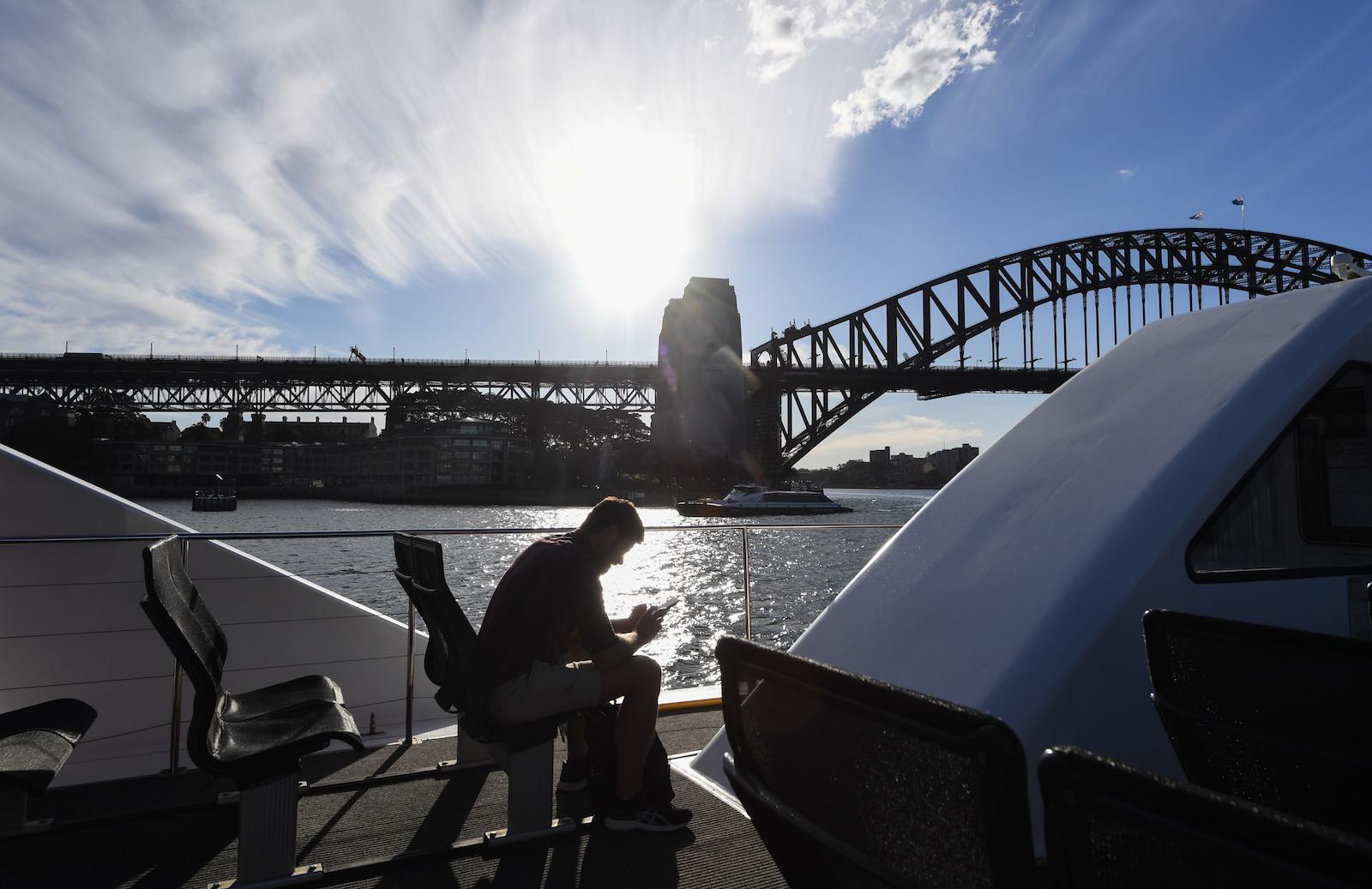 What Australians think about the power of the US and China matters in the region (Photo by James D. Morgan/Getty Images)
Published 14 May 2020 05:00   1 Comments       Follow @natashaskassam

While much has been written about Covid-19’s lasting effects on the world order, one aspect is becoming more evident: the world after the pandemic may not look so different to the one before it. As prominent US commentator Richard Haass writes, “Covid-19 will not so much change the basic direction of world history as accelerate it”.

There is no clearer test case for the trajectory of power in the Asia-Pacific than the attitude of Australians.

For Australia, this looks both likely and worrying. A new Lowy Institute COVIDpoll released today of public attitudes towards the coronavirus response shows Australians continue to watch the United States’ decline with concern and sadness. Australians are also increasingly wary of China, and anxious about economic entanglement, and the experience of recent days will only elevate this concern. As events unfold, the trade-offs will be sharper, the geopolitics harder to navigate.

It matters what Australians think. Australia is not necessarily a bellwether for US allies in the region. But Australia is the United States’ most dependable ally: it went to Vietnam when the United Kingdom wouldn’t. Australia invaded Iraq and Afghanistan when many NATO allies refused. Australia has also led on questions of Chinese Communist Party interference and Huawei’s participation in 5G networks. And China is Australia’s largest trading partner. There is no clearer test case for the trajectory of power in the Asia-Pacific than the attitude of Australians.

Looking at Chinese state media headlines from 2009, compared to 2020, you might think the world has barely changed over the past decade. The People’s Daily then shouted “US blame game cannot change facts”, “World places great hope on China”, “World economy faces deep recession”. Only in 2009, during the global financial crisis, the source of the recession that crippled the world’s economies was the United States. At the same time, China lauded its own triumph – only seven years after its accession to the World Trade Organisation, many in China were convinced it had learned all it needed to from the West.

Fast-forward to 2020, and the world is again plunged into recession. The United States and China are again engaged in a war of words. This time, the crisis started in China, but it is the United States buckling under its weight. The tragic loss of life in the United States is comparable to a wartime footing: already more American lives have been lost than in the Vietnam or Korean War, and the devastating milestone of the 116,000 fatalities in the First World War looms close.

By contrast, China’s infection rate has flatlined. Australia has too. Two of the countries that survived the global financial crisis relatively unscathed (Australia was the only major developed economy to not fall into recession in that period) have made it this far through the Covid-19 pandemic, wounded, but still standing. But in reputational terms, both China and the United States have suffered a serious blow.

In Australia, past Lowy polls have shown only 32 percent trust China to “act responsibly in the world.” But fewer Australians have confidence in Trump than in Xi Jinping. When publics today think of which leaders have failed to contain the spread of COVID-19, does Trump or Xi come to mind? The Lowy COVIDpoll today shows that Australians are disappointed with the responses of both.

Only one in three Australians say that China has handled Covid-19 well. Whether or not China’s official figures are to be believed, there is little chance that the country would have reopened and returned to work if it had not largely contained the virus. So while China has attempted to direct attention to its successes in virus management, and its so-called “face mask diplomacy”, it would appear Australians are unconvinced, and focused on the early mismanagement and cover-up of the crisis.

Australian views of power in the world have also shifted since 2009. Three-quarters of Australians said in 2009 that China would be more powerful after the global financial crisis. New Lowy Institute polling shows that in 2020, only a third of Australians say China will be more powerful after the Covid-19 pandemic. And more than half the country say the United States will be less powerful than it was before the crisis, a 20-point jump from the global financial crisis. This aligns with public opinion in recent years: Australians have little expectation that President Donald Trump would do the right thing in world affairs, and two thirds say Australia’s alliance with the United States has weakened under Trump’s administration.

The world has changed in many ways since 2009, but Covid-19 is not a turning point. As Australians’ outlook on the world reveals, the challenge of navigating relations with the world’s two superpowers is only sharpening.