Before the “Great Lockdown” we should have heeded the lessons of past catastrophic warnings that never came to be. 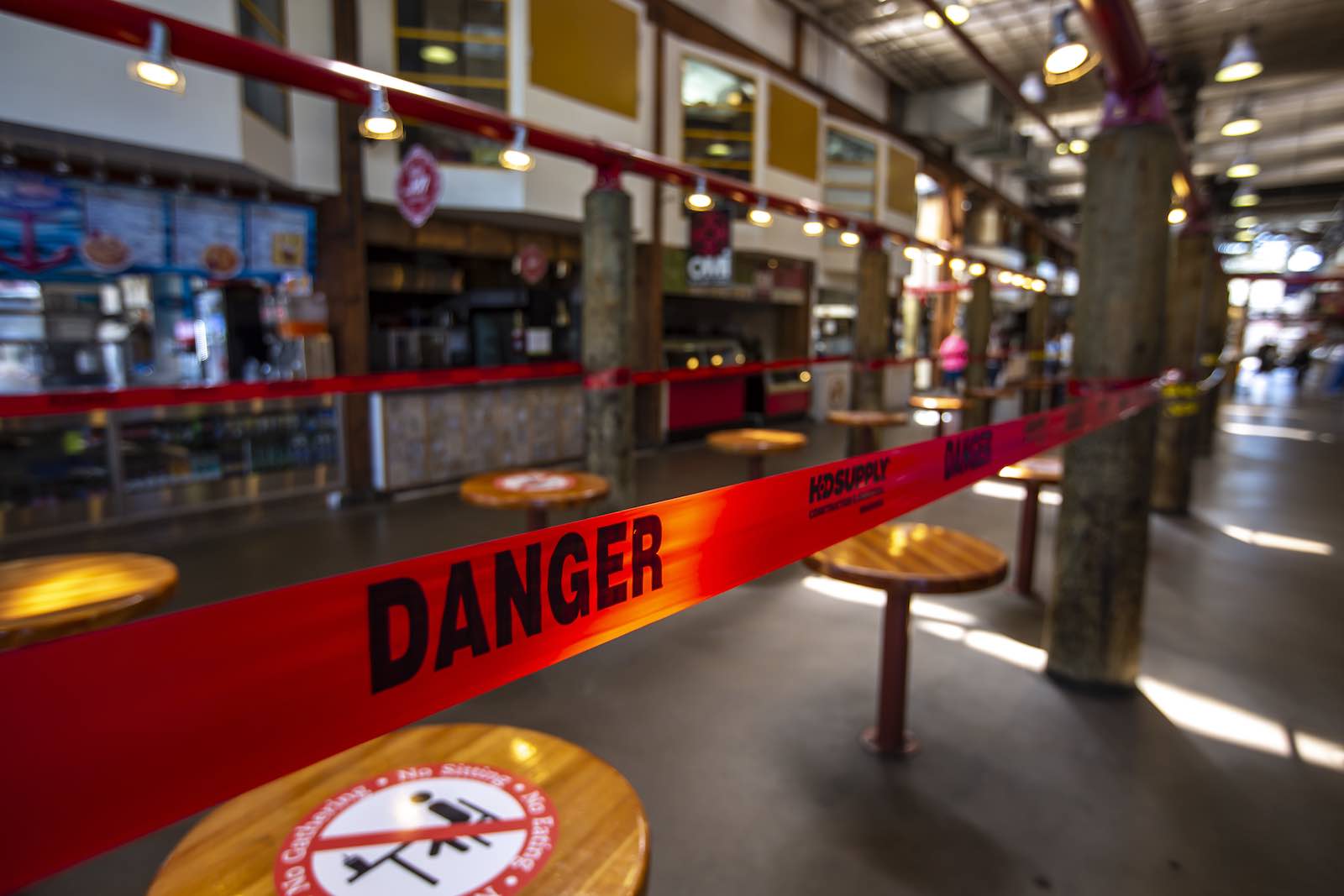 Confronted by the coronavirus pandemic as a “black swan” event, most countries have chosen the hard suppression strategy with variably stringent lockdown measures. This is based on modelling that shows a dramatic shortage of intensive care beds and ventilators and other crucial medical equipment to treat the numbers afflicted under worst-case scenarios. Panicked by the prospect of health systems being overwhelmed and millions dropping like flies as in the 1918 “Spanish flu” pandemic, they have shuttered entire economies and populations.

While this is understandable in conditions of extreme uncertainty with a novel virus, there should have been more caution because of a history of failed catastrophist warnings, the massive economic costs which also have deadly impacts, the draconian infringement on individual freedoms, and the availability of other strategies rather than the mythical “do nothing” alternative.

Health professionals are duty-bound to map the best- and worst-case scenarios. Governments bear the responsibility to balance health, economic, and social policies. Once these are included in the decision calculus, the political and ethical justification for the hard suppression strategy is less obvious.

Lockdowns slow the peaking and help to ensure an even distribution of cases, but may not reduce the final numbers significantly.

First, there are many “known unknowns” about the coronavirus: the true infection- and case-fatality rates; the variable reliability of statistics from different countries that are not always measuring the same things with a standardised methodology; the risks of (re)infection rates as social-distancing restrictions are lifted, and more.

In a series of articles in The Spectator, John Lee, a recently-retired Professor of Pathology and consultant to Britain’s National Health Service, discusses the non-comparable ways in which coronavirus infections and deaths are recorded in different countries, and the relative mortality rates of flu and coronavirus. He is highly critical of the modelling to date used as the basis of current UK policy. Teams from Oxford and Stanford mapped a range of different outcomes using different assumptions.

Because of the acceleration with which the initial surge in infections comes, governments have been worried that without control measures, they will not have time to react and hence have implemented preventive lockdowns. Better safe than sorry is a good prudential policy. Yet we also lack reliable data about the retransmission rate. High levels of testing means more policy options for social mobility and economic reopening. If the average number of new cases generated by a single infected individual is above one, an outbreak spreads, but contracts below one. The challenge becomes to keep the combined new infections and retransmission rates constant or falling, rather than exponential and explosive. By mid-April Asian countries were fearing a second wave of infections and on Thursday Japan declared a nationwide state of emergency to suppress the virus. A gentle exit strategy will be accompanied by an intensive “test, trace and isolate” regime to detect and kill new outbreaks.

Second, catastrophism on previous epidemics proved false. In 1999, European Union scientists suggested up to 500,000 people could die from the UK mad cow disease. By October 2013, 177 deaths were recorded from the disease. In 2005, the UN’s coordinator David Nabarro warned between 5 to 150 million people could die from avian flu. The World Health Organization’s official estimates were 2–7.4 million. Only 455 people died of bird flu from 2003–2019.

With the 2009 swine flu, instead of the feared 1.3% fatality rate, the actual rate was 0.02%, comparable to the US 2007–09 seasonal flus. In the UK, against the “reasonable worst-case scenario” of 65,000 deaths, there were only 457. And the government spent £1.2bn on flu remedies that were not needed. The WHO came under severe criticism for having served the interests of “Big Pharma” in selling unnecessary vaccines.

UK fatality estimates for Covid-19 were scaled down dramatically by Imperial College London within two weeks, from 510,000 to 20,000 and then 5,700, of whom up to two-thirds would have died from comorbidities within one year anyway. On 12 April the UK was reported as having crossed the 10,000 mark in numbers killed. But this is misleading for, like Italy, the UK records someone dying with virus as dying of it: patients who “had tested positive for Covid-19 at time of death.” By contrast, Germany attributes the deaths to the comorbidity. In Italy, one study estimates that only 12% of attributed deaths are in fact caused by Covid-19. The Financial Times helpfully explores this issue in an article “The mystery of the true coronavirus death rate.”

Grave and prolonged economic damage takes its own tragic toll on lost livelihoods and lives.

The Financial Times had another interesting analysis of whether the UK government has been captured by epidemiologists over other experts, treating them like demigods. At least 22 experts have questioned the high casualty projections of the dominant models. The high-end estimates have so far proven to be exaggerated. According to the Institute for Health Metrics and Evaluation at the University of Washington, the projected US Covid-19 death toll by 4 August will be 68,841 (within the much wider range of 30,000–176,000). The actual estimated death as at 12 April was just short of 22,000.

To put this in perspective, according to the National Center for Health Statistics, the annual fatality toll from flu and pneumonia in 2017 was 55,672 and from diabetes another 83,564. Australia recorded 158,493 deaths in total in 2018 from all causes. In the 45 days from Australia’s first Covid-19 death on 1 March to 63 deaths on 16 April, around 19,500 Australians would have died from all causes, but there was no daily chart on the front page of the newspapers recording the mounting toll every day. Against Australia’s maximum capacity of 6,636 beds, on 15 April there were just 214 coronavirus patients in hospital, with 76 in an intensive care unit.

Third, at some point the cure becomes worse than the disease. The harshness has been justified as prioritising lives over jobs. But “flattening the epidemic curve” comes at the cost of flattening economies. A spate of reports from Goldman Sachs, the International Labour Organization, International Monetary Fund, Oxfam, World Bank, and World Trade Organization warn of dramatic decelerations and contractions in GDP and trade from the pre-pandemic forecasts, with a resulting ballooning of poverty with job losses and income falls. The IMF’s World Economic Outlook forecasts the global economy will shed around $9 trillion in 2020. In the “Great Lockdown”, world output will contract by 3%, hitting both advanced and emerging economies simultaneously for the first time, and cause steep rises in unemployment, debt and bankruptcies.

Grave and prolonged economic damage takes its own tragic toll on lost livelihoods and lives. This is seen at its most acute and more immediately in developing countries whose people “fear hunger may kill us before coronavirus”.

However, advanced economies are not immune. The UK has recorded a sharp rise in the number of people dying at home, including from cardiac arrests, because people are reluctant to call for an ambulance. They fear that beds may not be available, or that they might contract the virus in hospital. Because an efficient and universal-access health system operates inside a robust and resilient economy, decreased wealth will inevitably lead to degraded public health infrastructure and a resulting loss of life. Most elective surgery is postponed while hospital beds lie idle awaiting coronavirus patients. An article in Lancet Psychiatry says Covid-19 could have “profound and pervasive impact on mental health” caused by loneliness and anxiety. A 2014 US study found a 1% rise in the unemployment rate elevates the risk of dying next year by 6%. On 16 April the US Department of Labor reported that unemployment claims had risen by more than 20 million over the previous four weeks, around the number of jobs added over the past decade. The lockdown also puts women at much greater risk of domestic violence.

Many heroic assumptions are also being made: about the capacity of national governments to contain short-term damage and revive the economy from induced coma in the medium term; about the Trump administration’s skill in managing the economic and trade fallout; and about the limited global damage from economic downturns in China, Europe, and US.

Fourth, asserting state control over swathes of economic activities is not the only curtailment of freedoms. The extreme measures of quarantining entire populations also constitute de facto mass house arrests. The physical, mental and emotional health benefits of open-air exercise are universally acknowledged. A court in Germany has reversed a regional government’s ban on people going to the beach as a disproportionate curb on freedoms. In a BBC interview on 31 March, former UK Supreme Court Justice Lord Sumption warned:

We have both the right and a duty as citizens to be vigilant against government over-reach. Democratic accountability generally improves public policy outcomes.

Lockdowns slow the peaking and help to ensure an even distribution of cases, but may not reduce the final numbers significantly. Anthony Costello of University College London claims alternative public health measures such as identification of cases and contact tracing could have softened the lockdown. Rigorous social distancing has shut down large parts of the economy and also left the UK vulnerable to a recurrence of the disease when restrictions are lifted because few people will have acquired immunity.

Indiscriminate shutdowns require the least and most vulnerable – the young and fit versus the elderly and infirm – to shoulder equally the risk of the virus spreading. The fatality rates in the big congested regions such as London, New York City, and New Jersey are the worst affected. And overwhelmingly the elderly and people with existing comorbidities are the most at risk. Yale University’s David L. Katz advocates a “vertical interdiction” strategy to target those most at risk. In some locations the toll has been grim indeed. In Canada half the deaths have been in aged care homes. New York, with many traits the opposite of Australia’s, was initially too casual about the virus and in the second week of April it resorted to mass burials. A strategy that makes sense for the biggest and most densely packed cities may be less appropriate elsewhere.

In the months and years ahead, Australia should learn from the stunning example of Taiwan in thwarting the spread of coronavirus but managing to avoid mass economic and social disruptions by using big data and analytics. Taiwan lies just 130 kilometres offshore from China, has 1.2 million people living or working there, and 3–4 million travel between the two territories annually. Yet Taiwan gained the upper hand with early and aggressive interventions through widespread and efficient testing, strictly isolating suspected cases, diligently tracing the movements of others who had been in contact with infected people through their mobile phones, and tight control at air and sea ports of entry.

Australia’s collateral costs could have been reduced and the health outcomes might not have been dissimilar with a policy of early checks at air and sea ports of entry by mid-February; isolating the elderly, infirm and vulnerable; quarantining the infected with serious symptoms; putting in place testing facilities at office complexes, shopping malls and other crowded public spaces; and leaving individuals responsible for personal hygiene and social-distancing precautions.

On the far side of the pandemic, Australia may want to rebuild a national health service without a parallel system of private health insurance schemes and hospitals. This will facilitate the creation of a national health emergency response unit, in coordination with states, to exploit big data and analytics and connect the health, pharmaceutical, customs and immigration records, trace people’s 14 day overseas travel history, and link them to mobile apps to monitor their in-country movements with appropriate safeguards, along with oversight mechanisms to meet privacy concerns.