In the race to protect populations, big parts of the region have fallen well behind. 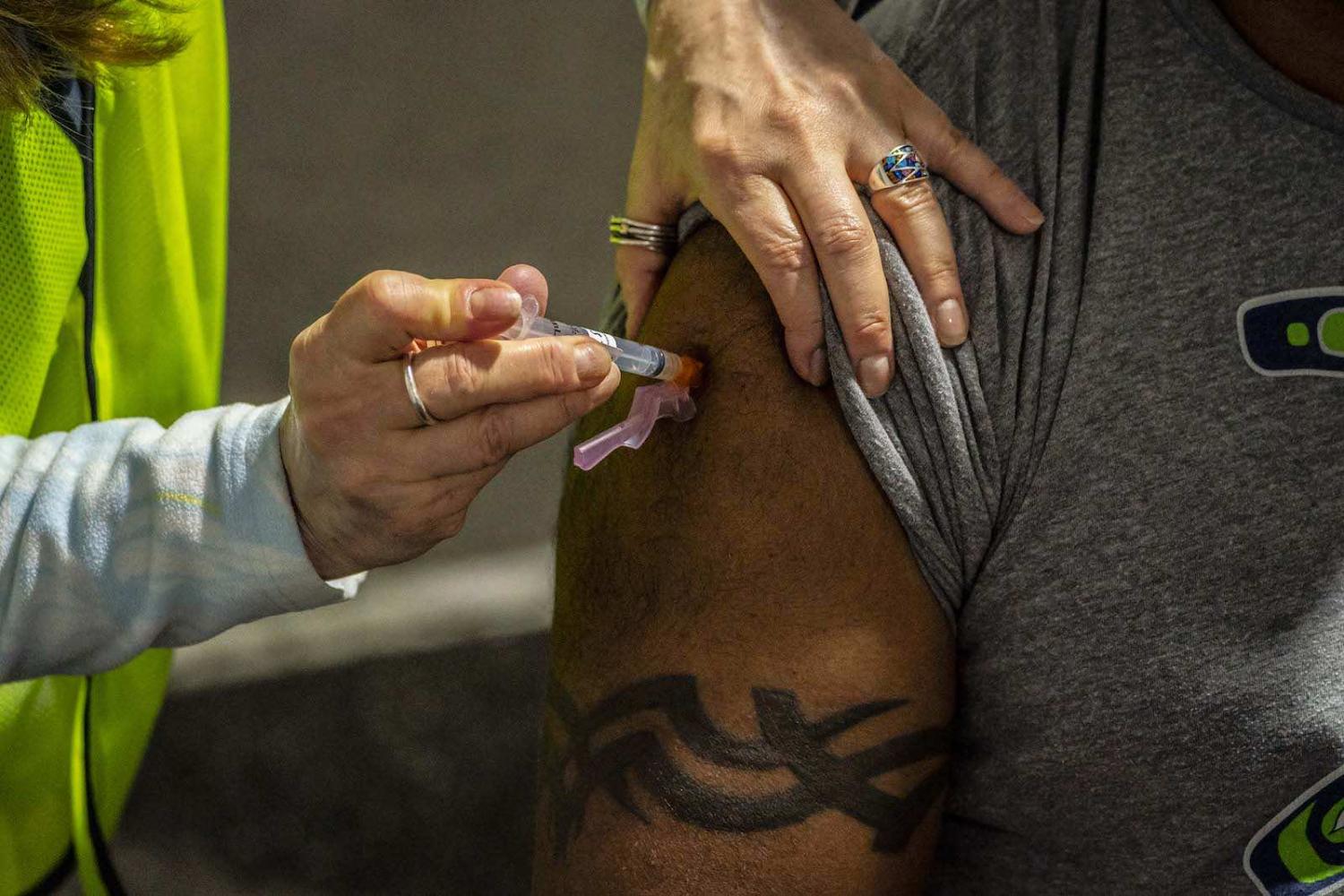 Rolling out a vaccine across one of the most remote, broad, and topographically diverse regions in the world is incredibly difficult from a logistical standpoint (David Ryder/Getty Images)
Published 22 Nov 2021     Follow @AlexandreDayant

While Australia reopens to the world, its Pacific neighbours continue to face the dire consequences of the pandemic. Despite a guaranteed flow of vaccines thanks in large part to Australia, widespread coverage for some Pacific nations is far from reach.

Early in the crisis, Pacific countries were among the most successful in keeping Covid-19 at bay. But the Delta variant has quickly turned the tables. Parts of the region now face a humanitarian crisis.

Extensive vaccination is the only way forward. Without any domestic production capacity, Pacific development partners offered sustained flow of vaccines, with notably Australia committing to sharing up to 15 million doses with the Pacific and Timor-Leste by mid-2022.

The challenge for most of countries is not vaccine supply, but demand.

But vaccine supply in only one part of the challenge. Rolling out a vaccine across one of the most remote, broad, and topographically diverse regions in the world is incredibly difficult from a logistical standpoint. How well vaccines are distributed and administered will have significant health, social and economic ramifications in the Pacific.

A new model from the Lowy Institute forecasts vaccine rollout in the Pacific. What it shows is a clear divide across countries, with some nations being world champions in terms of widespread vaccination, while others will probably be last, if at all.

Microstates were among the first in the world to fully vaccinate their adult population, with Palau scoring the world’s highest percentage of people vaccinated against Covid-19, with 99 per cent of its eligible population vaccinated as early as October 2021. Others are fast approaching those targets, with the Federated States of Micronesia (FSM) making vaccines compulsory for all adults.

More populous states, such as Tonga and Samoa, thanks in large part to effective rollout campaigns, look set to achieve similar milestones in late 2021 and early 2022 respectively.

Fiji stands out. In June 2021, the country had the highest per-capita Covid-19 infection rates in the world, but quickly turnaround the situation, thanks notably to a controversial “no-jab no-job” policy. Today, the country has almost reached full adult vaccination, and is set to reopen its international borders by December 2021.

In the most populous Melanesian countries of Papua New Guinea, Solomon Islands and Vanuatu, however, the contrast couldn’t be starker.

The issue with those countries is a combination of limited number of healthcare workers and disinformation. The subregion is awash in it, translating a breakdown of public trust in governmental institutions. Feverish conspiracy theories have spread much faster than the virus itself.

In Solomon Islands, despite the government’s awareness campaign, including Prime Minister Manasseh Sogavare himself taking the vaccine, most citizens are still reticent. People are not convinced that it is in their best interest to get vaccinated. Social media and word-of-mouth seem equally prolific in spreading fake news. The adult population is expected to be fully vaccinated by mid-2026.

In Vanuatu, the Ministry of Health estimates its Covid-19 vaccination program will inoculate most of its population by the end of 2023. Due to a limited number of healthcare workers involved in the vaccine rollout and the spreading of conspiracies on the internet, the Lowy model projects 80 per cent of adult vaccination by May 2025.

Increasing health sector capacity is the other hurdle.

The situation in PNG is the most concerning. Misinformation has eroded public trust in health workers, the local and Australian governments, and institutions such as the World Health Organisation. Meanwhile, dead bodies are piling up in hospital morgues as 82 per cent of Covid-19 tests return positive to the Delta variant. Non-essential services in the country’s main cities have been scaled down to deal with rapidly growing cases. The country has among the lowest vaccine rates globally for Covid-19 and the model forecasts that only a third of the adult population will be fully vaccinated by April 2026.

The challenge for most of countries is not vaccine supply, but demand. How they address this challenge will define their economic and development trajectory for years to come. The model identifies two key variables that can improve vaccine uptake – increasing vaccine acceptance rates and increasing the number of vaccinators. Development partners can help with both.

Misinformation needs to be delts with. Development partners must continue to partner with local government on their targeted counter-misinformation campaigns and develop a media messaging plan to ensure consistency of messaging about vaccines.

Increasing health sector capacity is the other hurdle. The pandemic has highlighted critical limitation in Melanesian countries’ vaccination programs. Pre‐existing issues, including a limited workforce supply, have been exacerbated, and new threats, such as a lack of personal protective equipment (PPE) and oxygen, have emerged. Development partners could engage in a suite of interventions to bolster the health systems of these countries not just for today but into the future.

With Covid-induced border closures creating large budget deficits, widespread unemployment, and other series social implications, an unequal vaccine rollout will have lasting implications for the region’s development. It’s a race to get vaccines to all in need.

The last men standing for the Democratic presidential nomination have a few things in common – and some big differences.
Thư Nguyễn Hoàng Anh 9 Jun 2022 10:30

The laws set by the United Nations 40 years ago no longer suit the fight against modern-day crime on the high seas.
Daniel Flitton 9 Feb 2021 14:00