Australia needs to step up to the challenge. 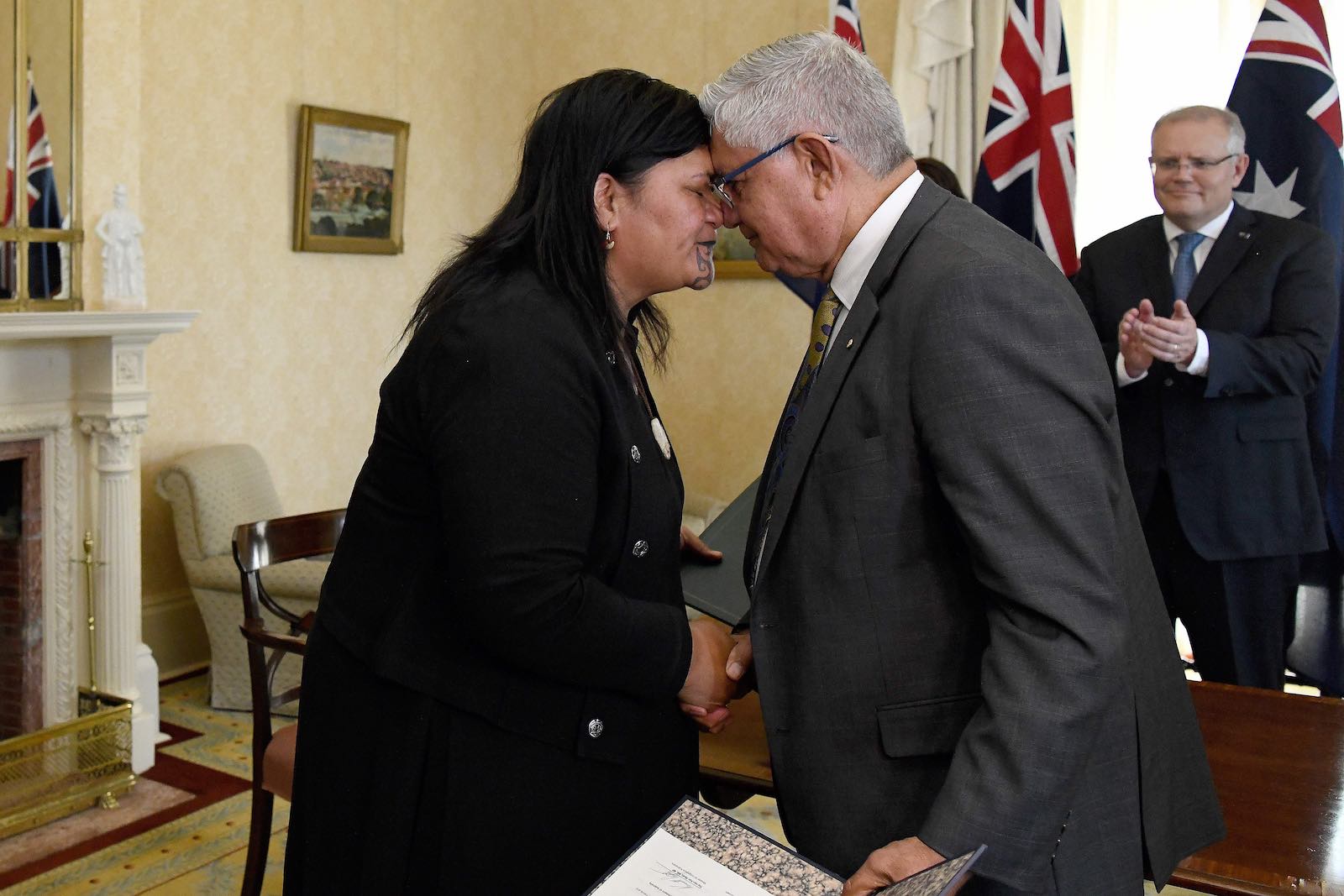 New Zealand’s Foreign Minister Nanaia Mahuta, the first Maori woman in that role, hit the ground running in her first few months in office. Not only did her appointment break barriers for Indigenous women in international affairs, she has also begun to outline a stunning example of what an Indigenous foreign policy approach can look like.

Indigenous people have long been excluded from foreign policy and international affairs, in practice and in the academy. Foreign affairs was very much an arm of the settler-state, something controlled by colonial authorities. Even in the modern era, as Indigenous people become more globally connected, and notions of self-determination, including those espoused by the Universal Declaration on the Rights of Indigenous People, came into being, Indigenous views are often dismissed as irrelevant to foreign policy development. Indigenous people are relegated to the domestic sphere, if at all.

This approach is not merely a progressive take on traditional diplomacy, but a radical departure from traditional thinking.

This way of thinking not only ignores the immense value Indigenous approaches can bring to international affairs, but also ignores the long history of Indigenous diplomacies and complex relationships between communities around the world, in many areas including trade, warfare and treaty-making. Indigenous people have been practicing foreign policy for thousands of years, longer than any Western state.

It is therefore so refreshing to see New Zealand not only have an Indigenous woman, one whose moko kauae tattoo proudly proclaims her heritage, as Foreign Minister, but also see them truly embed Indigenous values into their foreign policy and show how these can be promoted across the world.

Mahuta has outlined an ambitious foreign policy deeply embedded with Maori world views, tirohanga Maori, as well as Maori values. As she put it:

Manaaki – kindness or the reciprocity of goodwill; whanaunga – our connectedness or shared sense of humanity; mahi tahi and kotahitanga – collective benefits and shared aspiration; and kaitiaki – protectors and stewards of our intergenerational wellbeing.

It is an expression of the interconnectedness and purposefulness to which all Indigenous foreign policy aspires. A foreign policy built on community values, connection to country and mutual respect.

This approach is not merely a progressive take on traditional diplomacy, but a radical departure from traditional thinking. Gone is the state-centric approach in which individual success is the only goal. Instead, the focus is on shared goals, shared custodianship and shared responsibility. This is Indigenous foreign policy.

We have not seen something like this before in international diplomacy. It is an approach untried by any major state. There is ambition here from New Zealand in launching an approach that is both aspirational yet grounded in practical reality. And it is something we should hope to see in Australia.

Australia has equal potential to implement an Indigenous-focused foreign policy. First Nations people have owned and cared for this land as far back as 80,000 years, and continue to do so. The same kind of values New Zealand applies to Indigenous foreign policy can be easily applied in Australia: interconnectedness, collective benefit, kindness and our role as protectors and stewards of our land, our stories and our communities. All of these are better national values to which we should all aspire, rather than our conflict-driven, great-power focused, winner-take-all approach to foreign policy and trade.

Taking an Indigenous approach to foreign policy would have untold benefits for Australia, not just on the world stage, but also for Indigenous people in the country.

Australia’s treatment of First Nations people is currently a record which is used to harm its international standing and damage the ability to conduct foreign policy. The United Nations and Human Rights Watch both have condemned Australia for the discrimination First Nations people suffer in society and from government. The commentary has become so consistent that it has even led to the Department of Foreign Affairs and Trade Secretary Frances Adamson to warn about the danger of Australia being portrayed as “intolerant, divided, [a country] that discriminates”.

Such critiques and portrayals are substantively true when it concerns First Nations people, despite it also being bluster from countries looking to reduce Australia’s influence for political gain. First Nations people are are worse off, suffering severe discrimination and racism. We die sooner, have greater economic disadvantage and society thinks worse of us. Indigenous Australians do not have a voice in Australian politics, let alone Australian foreign policy. A Voice to Parliament may give us a say over legislation, but an Indigenous-focused foreign policy would give us a presence in the world.

New Zealand, by articulating in exquisite detail the aspiration of Indigenous foreign policy, has raised the bar for us all, and heralded a new “Indigenous moment” in international affairs. It can bring “economic, social, environmental and cultural benefits to countries willing to step up to this opportunity”. Australia must be willing to step up.