A greater proportion of women in key leadership roles is critical in meaningful and enduring change. 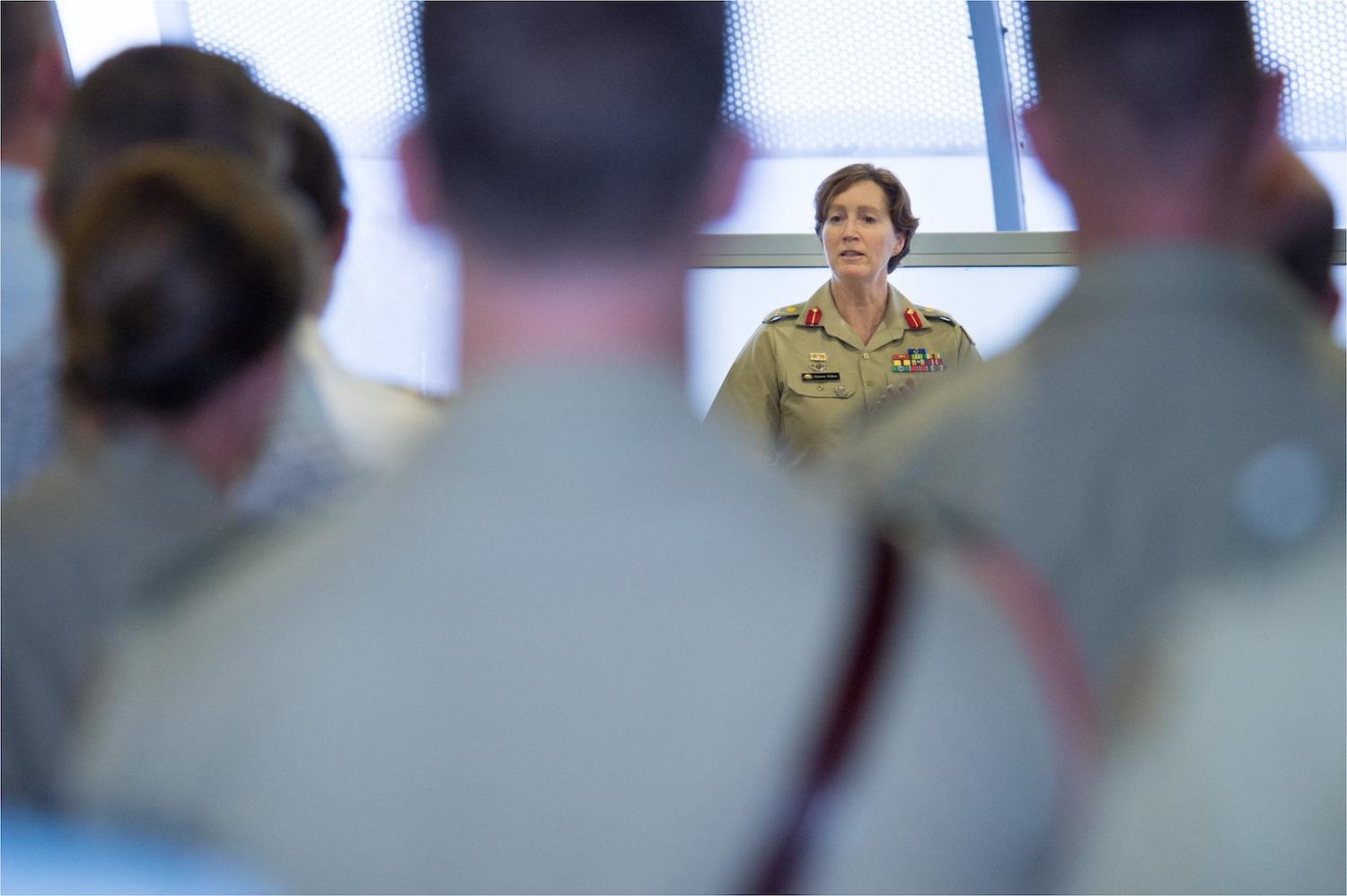 The comprehensive analysis in the Lowy Institute report, Foreign Territory: Women in International Relations reinforces the already compelling case for why gender diversity matters, and from a Department of Defence perspective, as one of the main areas of the bureaucracy examined in the report, the Chief of the Defence Force (CDF) and I welcome its release.

Defence has a strong reform agenda to further gender equality and embed a positive and inclusive culture. This is critical to achieving high performance through teams, and our capacity to deliver to government and the Australian community.

The workforce must reflect the community we serve in our diversity, values and behaviours

The report recognises our progress since 2012 through our “Pathway to Change” program, to provide a more inclusive culture including the increased participation of women in the Australian Defence Force (ADF) and Australian Public Service (APS).

The CDF and I have said that meeting the range of rapidly evolving national security challenges facing Australia requires transformational change in the entire Defence enterprise.

Gender diversity and a greater proportion of women in key leadership roles, including in our committee and decision-making forums, are critical factors in this transformation.

Pathway to Change has included structural reform to create a culture that attracts and retains the right talent and fosters a high performing workforce. Combined with initiatives implemented through the First Principles Review of Defence, these reforms have contributed to more positive trends in the experiences, employment, contribution and progression of women.

Today, 44.2% of the Defence APS workforce and 18.6% of the ADF are women, increases of over 4% compared to five years ago. In the last financial year, women represented around one quarter of those entering the ADF and one-half entering Defence as Australian Public Servants.

Our leadership group has also changed over the last 12 months.

In 2016, Rebecca Skinner was appointed Deputy Secretary Strategic Policy and Intelligence. She is now Defence’s Associate Secretary, with a broad and deep remit across the Department. In 2019, Professor Tanya Monro to the appointment of Chief Defence Scientist, coming from the role of Deputy Vice-Chancellor Research and Innovation at the University of South Australia.

Important foundations to improving gender balance are in place

The ADF continues to implement initiatives to attract and recruit women, such as targeted recruitment models and media campaigns to provide potential candidates with insight into non-traditional career opportunities available to women.

In the APS, changes in how we describe job vacancies and educate selection panels regarding unconscious bias has led to greater diversity in those we are attracting to the sector.

Changes in how we describe job vacancies and educate selection panels regarding unconscious bias has led to greater diversity in those we are attracting.

This progress is not confined to the Department. The Australian Signals Directorate (ASD) has gender parity at the senior executive and graduate levels. Two-thirds of the SES Band 3 positions in ASD are now held by women, with the most recent senior appointment being Rachel Noble as the head of the Australian Cyber Security Centre.

ASD recognises that in addition to recruitment, progress relies on a focus on development, progression, retention, and dismantling old structural barriers. For example, a Women’s Leadership Council has been established to drive strong gender representation and ensure the best use of the available talent pool.

The Lowy report is instructive on the importance of addressing family commitments, noting the disproportionate impact on women. We seek to support parents – men and women – on parental leave. Our International Policy Division, for example, has a “Policy Play Date” program to maintain contact with colleagues on parental leave. Our Flexible Work Awareness Campaign has provided renewed awareness for supervisors and staff of the range of work arrangements available to suit individual and workplace circumstances.

The ADF “Total Workforce Model” provides more flexible career options, including easier transfer between different patterns of service, such as full-time, part-time and permanent part-time. The new approach has simplified the process for re-joining the ADF, and provides greater opportunities for longer breaks from work to pursue alternative career, study or personal goals while remaining in the ADF.

Meaningful and enduring change is never instantaneous. It takes time. We will build on our progress, to provide the culture which is essential to the attraction and retention of the high performing workforce we require to meet future challenges. The Lowy report is a relevant contribution, and gives us specific areas to think about more deeply. It will help us reaffirm our commitments to gender equality and inform our next stage of First Principles Review reforms. With the assistance of the Australian Human Rights Commission, we continue to review our progress and consider new approaches.

For a party with no interest in popular elections at home, the Chinese Communist Party shows remarkable curiosity about electoral democracies elsewhere.
Andrew Selth 7 May 2019 15:00