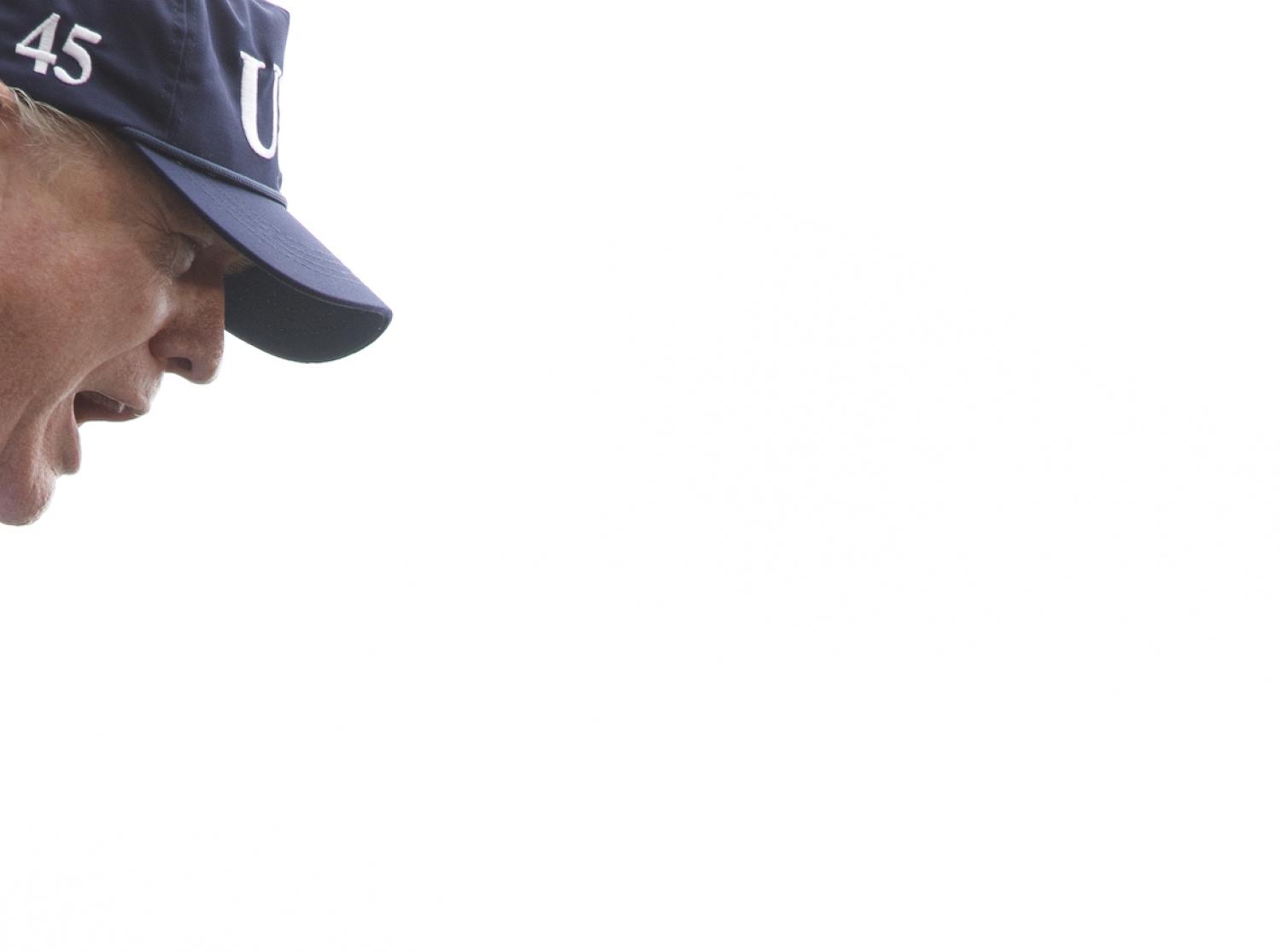 President Donald Trump remains unpopular with most Australians, with only one in three expressing confidence in him (Tom Brenner/Getty Images)
Published 24 Jun 2020     Follow @natashaskassam

“Australians are inclined to wonder whether there is real understanding in the United States … of the requirements imposed upon America by its world leadership,” wrote historian Gordon Greenwood in Foreign Affairs magazine in July 1957.

At times there has been a tendency in the United States to assume that the essential function of an ally … is to accept unquestioningly the American outlook and the American political tactic.

These words could have been written today. Australians are yet again left wondering about the wisdom and self-awareness of American leadership as the US stumbles in the face of public health crisis, prosecutes a trade war with the country that is most of the world’s largest trading partner, and sanctions International Criminal Court officials investigating alleged US and allied war crimes.

The 2020 Lowy Institute Poll, released today, finds Australians feeling unsafe, pessimistic about the economy and anxious about ties with China. These fears may have led to a bump in support for the alliance with the US: 78% of Australians say the alliance is very or fairly important for Australia’s security, an increase of six points from 2019.

But on almost every other measure – trust, warmth and confidence towards our American friends – Australian attitudes are at a low point. President Donald Trump remains unpopular with most Australians, with only one in three expressing confidence in him. The only world leaders who are ranked below Trump are China’s Xi Jinping and North Korea’s Kim Jong-un.

Australians are generally supportive of Trump’s efforts to reach out to North Korea and build closer ties with Russia’s Vladimir Putin, but three-quarters disapprove of Trump’s “America first” policies. Criticising the defence spending of allies, withdrawing from the Trans-Pacific Partnership negotiations and leaving the Paris climate accord all register very poorly with Australians.

The Australia-US relationship has been under strain before. Many of the shifts in Australian public opinion today were evident in the mid-to-late 2000s. Then, too, Australians were disillusioned with the US and the “war on terror”, anxious about the climate, deep in a financial crisis. Those sentiments also dissipated with time. And Australia’s alliance has survived many of these rifts – even the Richard Nixon years, when Australia’s then prime minister Gough Whitlam opposed nuclear weapons and wanted Australia to become non-aligned.

In 2020, warmth towards the US is at the same levels as in 2006. But trust has dropped even lower than that period to record lows – only 51% of Australians trust the US to act responsibly in the world. This is more than 30 points below the trust that Australians expressed during the administration of President Barack Obama.

The youngest Australians polled, aged 18–29 years, are particularly sceptical of the US. Only a quarter of this generation say Australia’s alliance with the US is very important for the country’s security, a view held by 57% of Australians over 60. And many Gen Z and Millennial Australians hold equivalent levels of trust in China and the US.

When asked to choose the more important relationship to Australia, 54% of 18–29 year old Australians say China, compared with 30% of Australians over 60. And seemingly more pragmatic, the majority of Gen Z (52%) would allow Chinese companies to supply technology for critical infrastructure in Australia, only a third of those over 45 would do the same. Half of the Boomer generation see “foreign interference in Australian politics” as a critical threat, compared with 28% of 18–29 year old Australians.

In some ways, much like the fluctuating warmth towards the US, these divides are not new. Unlike American views of foreign policy that are divided between left and right, the generational divide in Australia has been clear in the past on climate change and immigration, and now on great-power competition.

This year’s Lowy Poll was fielded in March – well before the US descended into the depths of a public health crisis. Later polling in April revealed that all Australians were disappointed in the US response: only one in ten Australians said the US had handled the Covid-19 outbreak well, compared with 31% saying China handled it well, and 92% saying Australia handled it well.

Many Australians have been betting on Donald Trump and “America first” as an aberration that will be rectified at the ballot box. The past few months of pandemic and police brutality have shaken that core belief, particularly for young Australians. The reliability of Australia’s “great and powerful friend” has long been a question, but it looms larger in 2020.

Asia's leaders know to take the bluster of Trump's initial policy statements with a heaping of salt and await more nuanced follow-up from his senior staff.
Jan Harrison 21 Feb 2020 10:30

The rest of the world has a chance to help China learn from its mistakes and emerge stronger from this crisis.
Olivia Shen 1 Sep 2017 14:33

Indonesia is talking tough on drugs, and Australians should listen

We need a more concerted effort to warn intrepid Australians that some countries see drugs as an existential threat.