Despite the existence of a “World Health Organization”, very limited collective capacity had developed previously. 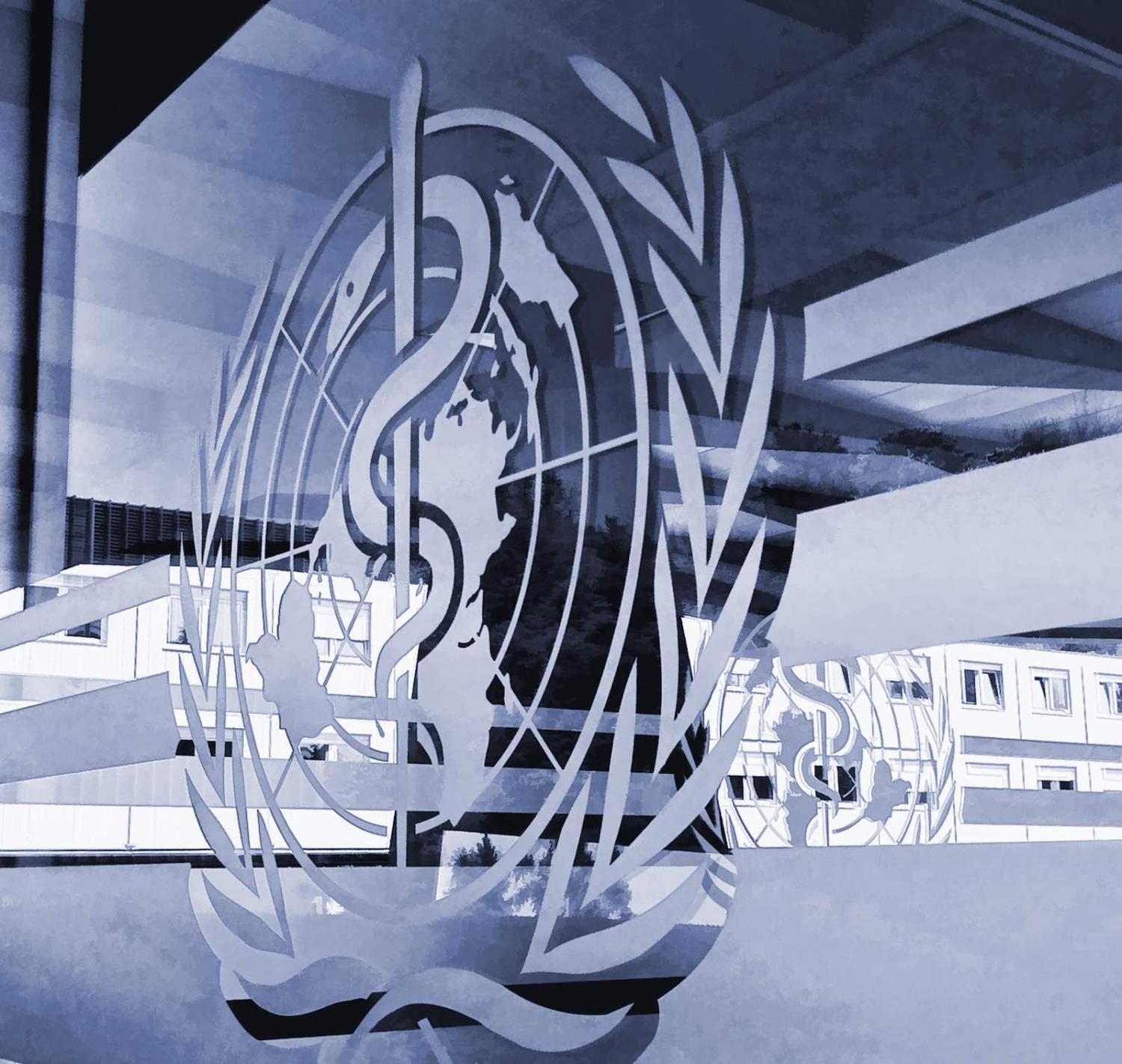 The system that has been developed to provide a global response to epidemics and pandemics has failed miserably. Covid-19 has spread all over the world, shutting down entire countries. Governments, and even subnational governments, are now competing fiercely for scarce medical stocks, while critical supply chains have been disrupted due to governmental export restrictions. The World Health Organization, global health governance’s centrepiece, has been sidelined, with US President Donald Trump now moving to withdraw all American funding to the WHO on 14 April 2020. How did we get here?

To explain global health governance’s failure today, it is important to first describe what it looked like before Covid-19.

Some form of international health governance has existed since at least the cholera outbreaks in mid-19th century Europe. But it was only after the Serious Acute Respiratory Syndrome (SARS) outbreak of 2002–03 that global governance mechanisms for addressing epidemics emerged.

Hitherto, international regulations were fairly limited. They focused on managing international borders – airports, ports, and border checkpoints – and only required governments to monitor the spread of a small number of infectious diseases.

Rather than China somehow infiltrating the WHO, its behaviour was typical for this weak and subservient organisation, long accustomed to kowtowing to its main funders.

During the SARS crisis, which caused 774 deaths and an estimated US$40 billion hit to the global economy, pre-existing governance mechanisms were deemed inadequate given the rapid global spread of the virus. Ad hoc changes were made during the crisis in 2003. The WHO was authorised to issue travel warnings without first receiving approval from the relevant government. It was also allowed to seek information from non-official sources to augment its disease surveillance capacities.

In 2005, the revised International Health Regulations were born. The WHO’s independent disease surveillance capacities were formalised and it was authorised to issue Public Health Emergency of International Concern alerts, based on both official and non-official information. Another major focus of the IHRs was transforming domestic health systems and networking them across borders in the fight against infectious disease. The WHO was given an important role in this area, too. It was given the job of issuing “best practice” guidelines to national and subnational authorities, and monitoring national health systems’ pandemic preparedness.

Global health governance therefore operated, not through supranationalism, but the transformation and networking of domestic administrations across borders.

Two main elements of this global health governance system combined to lead to its subsequent failure during the Covid-19 outbreak.

The first is the WHO’s central role in disease surveillance and response coordination. The WHO was simply not fit for this purpose. This stems from its subservience to major funding states, which dates back to the 1970s.

Like many international organisations in the United Nations system, the WHO was born before the great wave of decolonisation that swept the globe in the 1950s and 1960s. Decolonisation greatly swelled the number of developing countries among its ranks. And as in other UN bodies, in the 1970s postcolonial states began to see the WHO as an avenue for pursuing their claims for a more just New International Economic Order.

In September 1978, in Alma Ata (now Almaty), then in Soviet Kazakhstan, “third world” and communist member-states pushed through a World Health Assembly declaration calling for a “health for all” agenda. The Alma Ata Declaration described health as a human right and a socio-economic issue and drew attention to the deep health inequalities that existed between developed and developing countries.

Although developed countries signed the Declaration, they were deeply concerned about potential redistributive demands. Consequently, the WHO was largely defunded by its main funders, the Unites States and Western European countries. The majority of health aid for developing countries was rerouted via the World Bank, where it became part of the Bank’s growing structural adjustment agenda. The WHO’s operational budget was cut to skimpy levels, and contributing states instead shifted to voluntary and project-based funding to ensure the WHO pursued their preferred objectives. By the 2000s, donors directly controlled around 80% of the WHO’s budget. Today, the WHO’s total annual budget is around $5.6 billion. By comparison, the Australian federal health budget for 2019–20 was $120 billion, and even bigger if the states’ budget is included.

Unsurprisingly, this has had the effect of limiting the WHO’s capacity, as well as making it highly responsive to its main funding states, thus jeopardising its independence. The composition of the WHO’s main donors has changed, however, since 1978. China, which was then only beginning its extraordinary economic rise, is currently the third-biggest provider of compulsory, “assessed”, contributions to the WHO, though it will become the second-biggest after the withdrawal of the US’s contribution. Although it is not a major contributor of voluntary funding at the moment, China is an increasingly important player within the wider UN system, with huge potential to contribute more down the track.

A second important aspect of global health governance pre-Covid-19 was its operation through domestic state institutions. The underlying assumption was that infectious diseases are likely to emerge in developing countries, due to their poor sanitation and governance capacities, then spread to other parts of the world. Although very limited financial support was available to help developing countries build up their domestic health systems, they were subjected to ongoing surveillance by the WHO and developed countries.

When disease outbreaks occurred, developed countries provided funding and intervened temporarily to address the immediate problem. This funding would eventually dry out as the outbreak was deemed to have been brought under control. Other than such intermittent interventions, which did little to build up primary health capacity in their recipient states, countries were largely supposed to use their own resources towards pandemic preparedness. Thus, very limited collective capacities had emerged, even within the European Union.

These factors combined to create a spectacular global health governance failure after the emergence of Covid-19.

Instead of emerging in an impoverished developing country, which could be easily subjected to international surveillance and response, the coronavirus appeared in China. China’s cover up of the initial outbreak in Wuhan and the WHO’s full endorsement of the Chinese government’s statements have been widely commented upon. Most notorious were the WHO’s uncritical reiteration of China’s claims in mid-January 2020 that no human-to-human transmission had occurred in Wuhan, and the organisation’s support for Chinese efforts to prevent states from hitting China with travel restrictions. But contrary to some commentators, and Trump, rather than China somehow infiltrating the WHO, this behaviour was typical for this weak and subservient organisation, long accustomed to kowtowing to its main funders.

From China the disease spread to developed countries. Used to financing and implementing limited interventions far from home, developed states’ governments were suddenly fighting huge contagions on the home front, for which they were often poorly prepared. And since very limited collective capacity had developed previously, their full focus immediately turned inwards, thus producing a fragmented, “zero-sum” response globally.

The global system for addressing infectious disease outbreaks that emerged before Covid-19 was clearly not fit for purpose. Despite the turn away from global governance in recent years, there is no escaping the need to develop more durable, equitable and better funded forms of cross-border cooperation to address the ever-present threat of pandemics. A good place to start would be to revisit the “health for all” agenda of the 1970s. 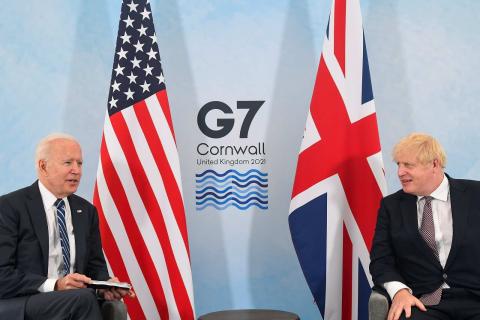 Previous Article
Australia should offer Indonesia crisis insurance ­– quickly
Next Article
In the US, a campaign with no trail

A more prosperous North Korea is a best case, as it is always harder to negotiate with someone who has nothing to lose.
Leanne Jorari 1 Apr 2021 05:00

Why not try? What a Papua New Guinean team could bring to the NRL

Covid-19 has sapped PNG of excitement. But in the years to come, people’s love of footy offers a common rally point.
Hunter Marston 24 Oct 2018 06:00

Hanoi has released a prominent blogger, who'd been jailed on propaganda charges, on the condition she leave for the US.