In the US, a campaign with no trail

Trump is agitating like the virus is a made for TV drama, while the real job of responding falls to state governors. 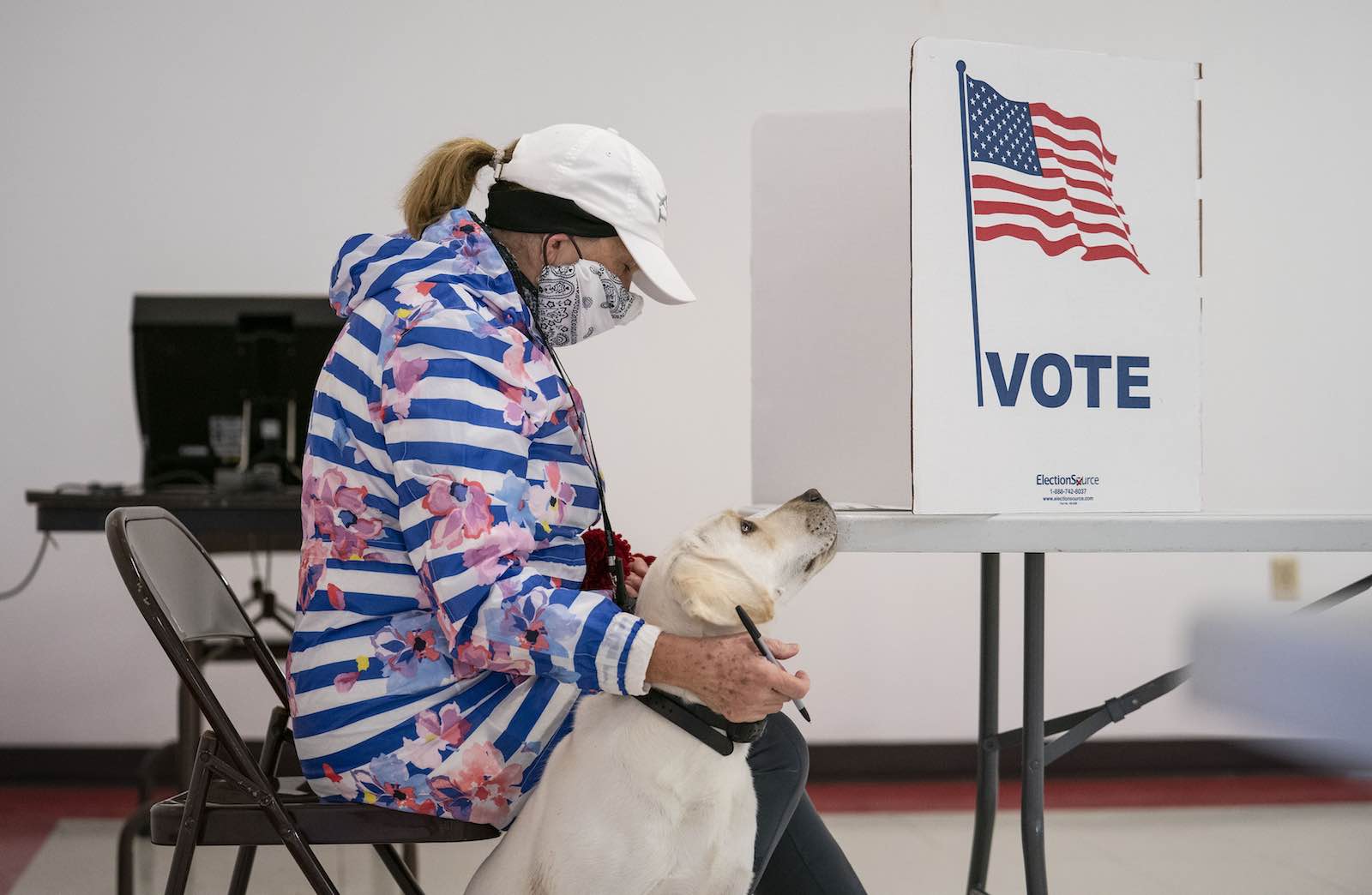 In the midst of a public health pandemic, the 2020 presidential election has receded into the background of American political life. Candidates have been forced off the campaign trail. There are no rallies for the press to cover and fundraising efforts are stalled. Most states with near-term primaries postponed voting. And the Democrats’ presumptive nominee, former Vice President Joe Biden, is not in a position to directly contribute to the pandemic response.

Biden’s initial efforts to break through the news cycle have been mixed. The former Vice President is not known as a crisis guru. But he’s well briefed, and has close relationships with many of the Obama administration officials involved in responding to other public health crises such as Ebola and H1N1. Biden recently published a detailed op-ed in the New York Times that outlined what he believed to be the next steps in responding to the crisis.

When Senator Bernie Sanders announced the suspension of his campaign last week Biden responded graciously via video. Biden also called President Donald Trump to discuss the pandemic, and both camps confirmed that the two men had a friendly chat. This move brought Biden into the news cycle and likely benefited him because his bipartisan approach to governing is well established.

But it’s possible that Biden doesn’t need to do much of anything because the 2020 election will be a referendum on Trump’s handling of the crisis, and thus far, Trump’s weaknesses have been amplified by the performance of state-based politicians.

A saving grace in this crisis has been that politicians far more competent and empathetic than Trump are making and explaining decisions around the coronavirus response.

A month ago, Trump stopped downplaying the pandemic and became the chief communicator for the White House Coronavirus Task Force, which holds daily briefings covered by all the major news networks. Trump is still prone to spreading misinformation and picking fights with reporters, but the briefings also feature public health experts who provide Americans with fact-based information, advice, and reassurance.

In a crisis situation the White House has the capacity to play a critical role in clearing up bottlenecks within the system and acting decisively to ensure those affected get what they need as quickly as possible. The president also traditionally plays the role of comforter, consoler, and teacher.

A saving grace in this crisis has been that politicians far more competent and empathetic than Trump are making and explaining decisions around the coronavirus response. This dynamic is partly a function of federalism in the US, but it is also a reflection of Trump’s mercurial nature and disinterest in the grind of governing.

When Trump finally acknowledged the severity of the public health pandemic, he was resistant to fully employing his power to coordinate the production and distribution of medical supplies. He has acted inconsistently toward the states, at times pledging his support to governors and then telling them they’re on their own and second-guessing their resource requirements.  Further, Trump frequently overstates the number of coronavirus tests available.

The most striking contrast with Trump is fellow New Yorker, Governor Andrew Cuomo, whose daily press conferences serve as a masterclass on how to lead people through a tough time. Cuomo is a seasoned Democratic politician and technocrat who speaks with specific resource numbers at his fingertips. He mixes inspirational quotes and stories into his press conferences, and explains his decisions in terms of a moral centre (i.e., we will not trade one life for the economy) that resonates with people.

The contrast between Trump and other elected officials also extends to Republican governors. Mike DeWine of Ohio and Larry Hogan of Maryland moved aggressively on closures in their states while Trump equivocated. They have been careful to avoid direct confrontations with the President but are critical of federal inaction.

In past emergency management crises, the strength of the relationship between the White House and the governor(s) has been critical to recovery efforts. As the number of projected deaths in the US has been revised downwards, and hardest hit New York State appears to have reached its apex, the President is agitating to reopen the economy and claims that he’s operating under terrible strain the make the right decision.

But this is made for television drama. The Trump administration established voluntary social distancing guidelines, but Governors (and in some cases Mayors) issued the shelter in place orders and they will decide when to lift them. The President could be influential in how the reopening occurs but that would require him to be decisive and to partner with the governors.

If the past few months serve as a guide, the reopening of the economy will be the result of a series of difficult decisions made on a state by state basis by people other than Trump.