A good week in Washington

A flurry of developments left a dusting of truth inside the post-truth Beltway. 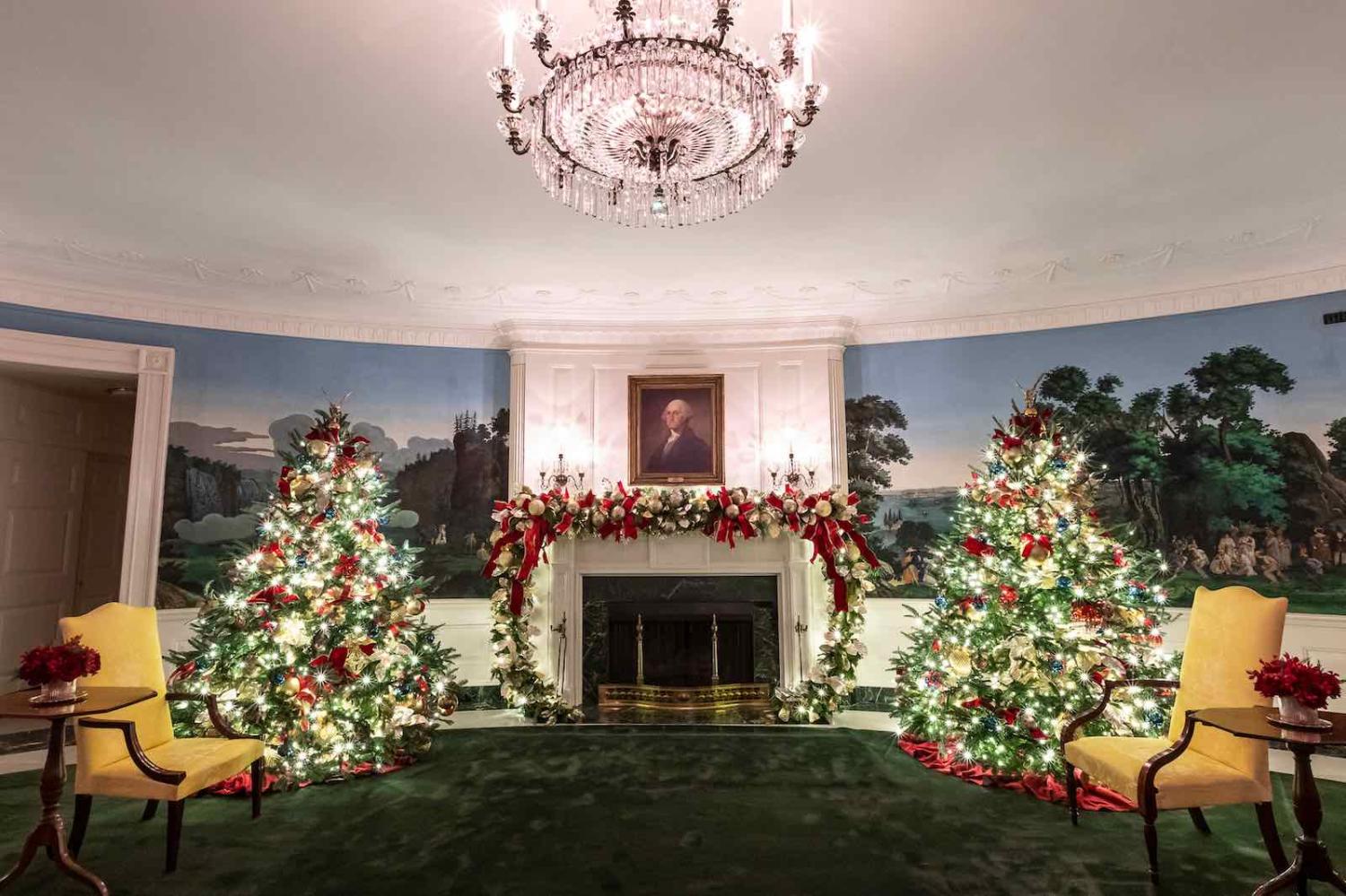 A portrait of George Washington hangs in the Diplomatic Reception Room of the White House, decorated for the 2019 Christmas season (Photo: The White House/Flickr)
Published 15 Jun 2022     Follow @erinehurley

We have become conditioned during the Trump era to view most of what happens in Washington – positive or negative – as cause for despair. Each time the ball is moved forward on some issue, we remind ourselves that we live in a post-truth world that is filling up with dictators, and Americans are so divided that nothing good is likely to happen.

Last week, however, was a good week in Washington. In the background, there was bipartisan legislation on spending, trade, and defence. And in the foreground, the Democrats announced impeachment articles, the Justice Department Inspector General released a report on the FBI’s investigation into the 2016 Trump campaign, and the Washington Post published a secret trove of government documents on the war in Afghanistan.

The House Democrats announced their intention to charge the President with two articles of impeachment, one alleging abuse of power and a second alleging obstruction of Congress. The selection of just two articles reflects what we saw in the Intelligence committee hearings: a refusal to engage with Republican conspiracy theories and a clear argument that keeping this man in office is a danger to the republic.

Much of what we find reprehensible about Trump falls within the boundaries of his authority. It was important that the impeachment articles remained narrow. The narrative associated with these two articles is simple and elegant: the President abused his office by trying to get Ukraine to investigate his political opponent, and then he obstructed Congress’s efforts to investigate that abuse.

The full House will likely vote on the articles of impeachment this week, with a Senate trial expected in early 2020. I don’t deny that visions of principled Republican senators declaring their openness to the facts will dance in my head over the holiday season. But in the likely event of a Senate acquittal, I’m encouraged by the potential for the Democratic argument to be effective in the 2020 campaign.

The Justice Department Inspector General’s (IG) report on the FBI’s counterintelligence investigation into the 2016 Trump campaign found that the probe was justified and not biased against Trump, rebutting conservative allegations and restoring the reputation of the FBI in the official record.

The IG did find significant problems with the way the FBI engaged with the Foreign Intelligence Surveillance Authorization (FISA) process. Because the IG report offered a mixed message, Trump’s supporters have been able to ignore the larger finding and focus on the mistakes. These supporters include Attorney General William Barr, who took the unusual step of publicly disagreeing with the IG’s findings.

However, the legal experts at Lawfare highlight that Barr’s attempt to undermine the IG’s report was nowhere near as successful as his framing of the Mueller report: the media has learned to be more sceptical of his motives. Further, the problems identified with the FBI’s approach to FISA triggered a broader review of a process that would benefit from increased scrutiny.

The Washington Post released documents that had been compiled by the Special Inspector General for Afghanistan Reconstruction (SIGAR), a watchdog set up by Congress during the Obama administration to oversee US efforts to stabilise Afghanistan. Like the Pentagon Papers of the Vietnam War era, the so-called Afghanistan Papers highlight that senior officials failed to tell the truth to the public about the war in Afghanistan throughout the campaign.

The information revealed in the Afghanistan Papers is raw and disturbing – but hardly surprising, because SIGAR has publicly briefed its findings in regular quarterly reports since the office was established in 2012. The material released by the Post is simply more accessible as a narrative. Many of the participants in the study who remained anonymous in SIGAR’s official report are named in the Post, and there are audio recordings of the candid assessments offered by major players such as Ambassador Ryan Crocker and Generals Doug Lute and Michael Flynn.

Some blowback is likely the next time the government promises anonymity for a lessons-learned activity. But we needed more pressure on this issue. Americans have demonstrated little interest in the war in Afghanistan over the past 18 years, despite its length. At the very least, the Afghanistan Papers will elevate the discussion of the war in the 2020 election campaign.

The mechanisms of democratic accountability in American democracy are slow and perhaps insufficient to the moment. But in the interest of holiday cheer, I would offer that we are in the middle of a story, and we tend to overestimate our ability to predict the ending.

There is a quote attributed to the novelist Mark Twain – who covered America’s first impeachment trial of President Andrew Johnson as a reporter – that is a good fit for this moment: “I am an old man and have known a great many troubles, but most of them never happened.”

Whatever the future holds, last week was a good week in Washington.

ASIO and DFAT talk China, Mohammad bin Salman’s reforms and Japanese floods: the week that was on The Interpreter.
Daniel Flitton 3 Aug 2020 17:00

Melbourne or Washington, all politics is local, again

Coping with the pandemic will be a long haul, not just for cities or countries, but for the world.