As chair of ASEAN and with a seat on the UN Security Council, Hanoi has a chance to turn regional attention its way. 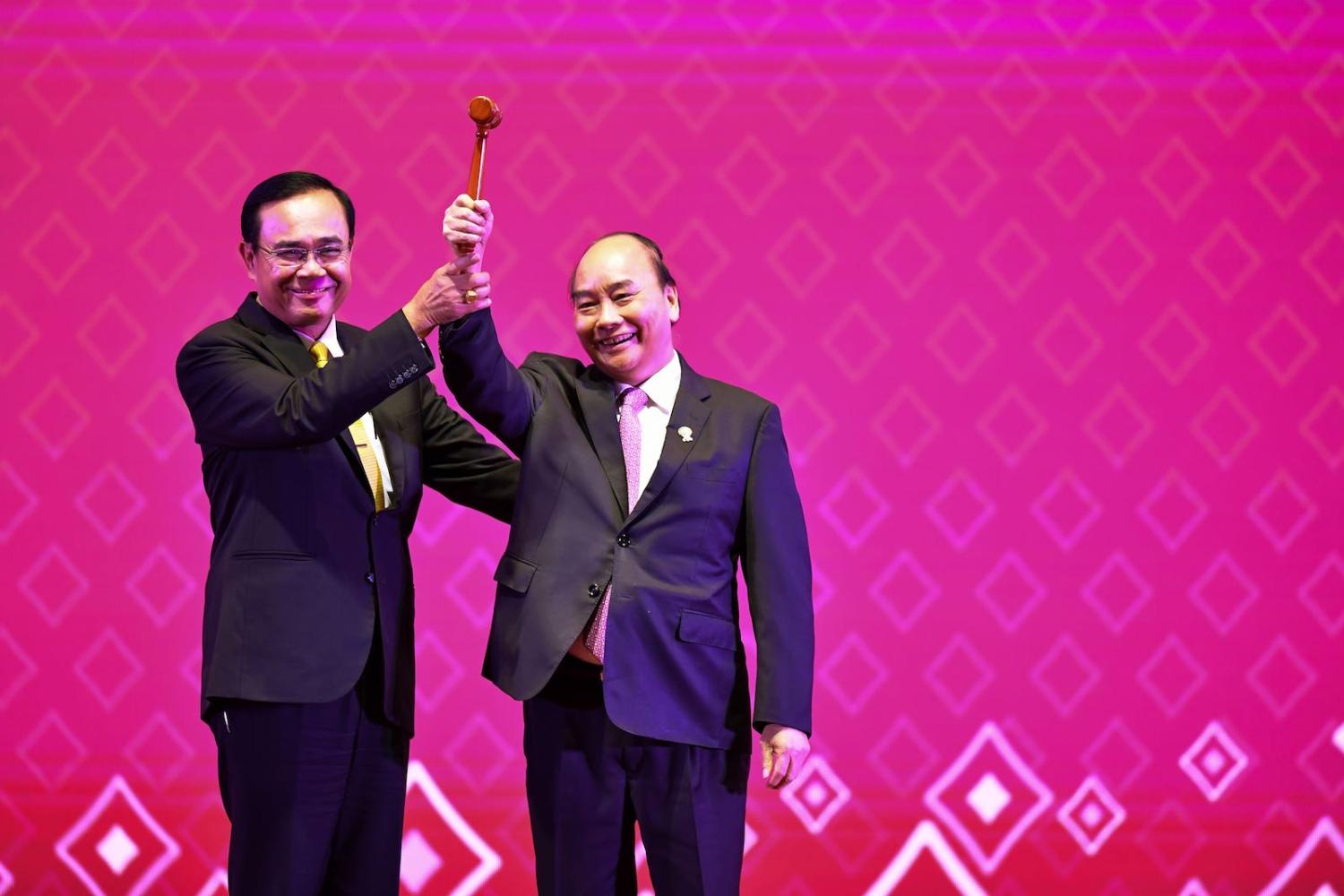 Vietnamese Prime Minister Nguyen Xuan Phuc’s raising of the ASEAN gavel last month signalled not only Vietnam’s commencement as chair of the regional grouping, but also the start of a critically definitive period for its foreign policy in the South China Sea.

2020 is set to be a busy year for Vietnam, with several force multipliers for its foreign policy. Beyond its chairmanship of ASEAN’s Vision 2020 goals – predominantly stability in the region – Hanoi will also balance a non-permanent seat on the United Nations Security Council and potential international legal action against Beijing. While such diplomatic responsibilities come with significant pressure, the opportune timing provides Hanoi a chance to engage the international community in its maritime security interests.

Tactical diplomacy is neither simple nor straightforward. As Prime Minister Hun Sen of Cambodia has warned, ASEAN is not a regional judicial body, and many scholars have often criticised the inefficient need for consensus to the extent that some doubt the organisations’ practical utility.

Yet these views overlook upcoming circumstances.

2020 will be dominated by negotiations regarding the Code of Conduct for the South China Sea before its proposed adoption in 2022. As chair, Hanoi will represent ASEAN with external parties – predominately Beijing – and is likely to be more aggressive compared to the previous chairs who were either non-claimants or reluctant to antagonize Beijing.

Additionally, 2020 will be the first full year for the ASEAN Outlook for the Indo-Pacific. Aimed at counterbalancing the Beijing-Washington power competition, it is ASEAN’s own brokering of the strategic environment. Here, Vietnam will undoubtedly stress its reference to “freedom of navigation” to their advantage, much to the satisfaction of Washington.

Nevertheless, these do not detract from the hurdles Hanoi will face as ASEAN chair.

Similar to 2012 and 2016, there is a likelihood Cambodia will block ASEAN statements to defend its alliance with Beijing. Hanoi, though having made inroads with Phnom Penh, is unlikely to have tilted this balance.

Moreover, as analysts have noted, negotiations regarding the Code of Conduct (COC) are inherently difficult because of undefined geography, disagreements towards dispute settlement or conflict resolution, and, most importantly, the undefined and unlikely legal status of the COC. Ultimately, this search for legality is Hanoi’s biggest hurdle, given the collective doubt that Beijing would ever agree to a legal document limiting its consolidation of control.

One alternative suggestion has been for Vietnam to use its seat on the UNSC, given the council’s foremost legal standing and enforceability mechanisms. However, as any political cynic recognises, Hanoi’s UNSC seat will inevitably be confined to megaphone diplomacy rather than any realistic resolution.

A more pragmatic legal approach, and one that could in fact be complimented by megaphone diplomacy, is international arbitration.

Though commonly speculated about as a strategy by analysts and scholars, Hanoi had previously remained quiet about its position toward this option. This was until last month, when Deputy Foreign Minister Le Hoai Trung confirmed that Hanoi was considering using mechanisms within the United Nations Convention on the Law of the Sea (UNCLOS).

Such “lawfare” is a risky strategy. China will certainly reject the ruling, irrespective of the verdict, on the same basis as its rejection of the 2016 Philippines South China Sea arbitration decision and its likely rejection of a legally enforceable Code of Conduct. Beijing is also guaranteed to retaliate, with Hanoi risking economic boycotts and leverages similar to those experienced by Manila when it initiated legal proceedings.

Nevertheless, the strategy does provide an equalizer to China’s aggressive maritime military tactics. Beijing’s quick response to Le Hoai Trung’s statements demonstrates an urgency to avoid international attention, and while Beijing can make threats, current distractions elsewhere provide the impetus for Hanoi to consolidate this advantage and opportunity to engage the international community in its plight.

Naturally, none of these opportunities will resolve Vietnam’s woes. Hanoi is acutely aware of this. However, what they do provide is potential diplomatic leverage, which Hanoi may then exploit to better defend its interests.

Hanoi appears to be positioning itself both implicitly and explicitly against Beijing’s policies. In its 2019 Defence White Paper there was a newly prominent emphasis on international integration and innocent passage, explicitly rejecting Beijing’s own interpretation of the issues as bilateral matters and implicitly dismissing its attempts to insulate Washington. If this is anything to go by, one could expect Hanoi to be similarly direct in both action and statements in 2020.

Ultimately, getting to such a position first requires that Hanoi skilfully use the opportune timing of its political opportunities to focus attention on the region and, more specifically, its own interests. Given how coverage of Vietnamese foreign policy often ebbs and flows, the value of having a prominent international voice while confronting the monolith of Asia is invaluable.

Fortunately for Hanoi, it has some appropriate tools at its disposal.

Previous Article
A good week in Washington
Next Article
Favourites of 2019: Ross Garnaut on climate

The Korean Peninsula’s year in review

For all the bluster and threats of war in 2017, impeachment of South Korean's president was the most important event.
Madeleine Nyst 7 Dec 2020 15:00

Internet culture is moving faster than ever, and what better way to understand a crazy year?
Graeme Smith 28 May 2018 16:00