Guterres whistles in the wind

Yes, “our planet is burning”, yet those leaders with the power to act are stubbornly guarding their own little patch. 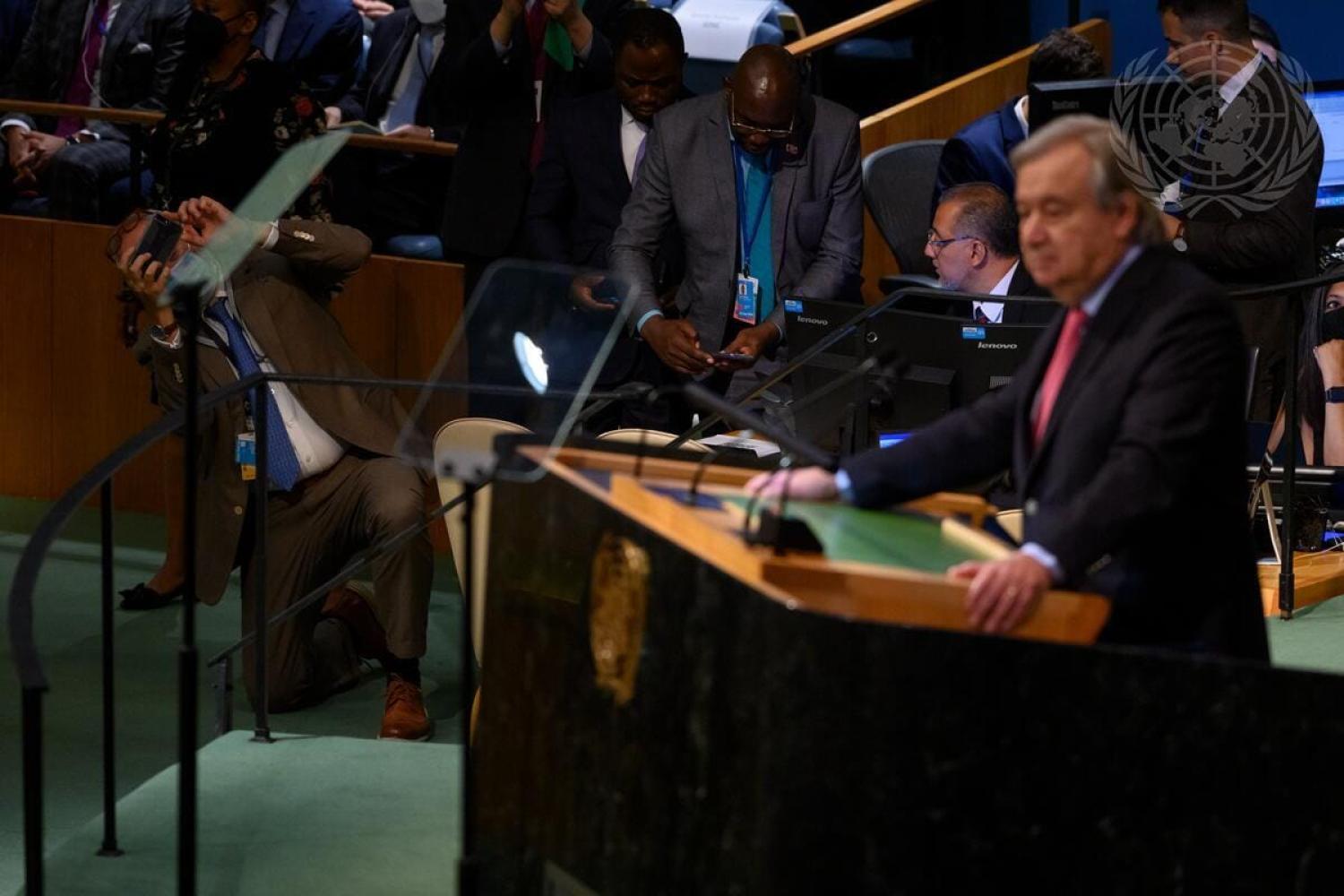 Spare a thought for António Guterres. Public platforms don’t get much bigger than that enjoyed by the Secretary General of the United Nations, but no one seems to be taking much notice of anything he says – or no one with the power to make a difference, at least.

His speech to the opening of the UN General Assembly this week was one of a series in which he’s highlighted some of the interconnected crises that confront the world, from climate change to conflict and an erosion of trust in political processes, which “threaten the very future of humanity and the fate of the planet”.

As Guterres points out, “we cannot go on like this”. He may be right, but “we” are part of the problem: “we” simply don’t exist in the sort of meaningful way that could actually deliver the unprecedented forms of international cooperation that seem needed to address climate change in particular.

You would have to be an optimist of the pluckiest variety to imagine Xi Jinping and Joe Biden – let alone Vladimir Putin – sitting down to nut out a plan to address global warming.

The sovereign states that make up the UN continue to jealousy guard their sovereignty and impose their will on others. Guterres is undoubtedly right to argue that “the logic of cooperation and dialogue is the only path forward”, but Russia is not the only country driven by an anachronistic, revanchist view of history. On the contrary, a preoccupation with restoring national greatness is not confined to autocracies or states in the global South.

It is not necessary to rehearse the well-known shortcomings of the UN to realise that it has some potentially insurmountable problems. To be sure, lots of useful work has been done by its many specialised agencies and peacekeepers, but the reality is that the UN is always hostage to the vetos of the great powers on the Security Council in particular. Without the cooperation of a handful of states little can be achieved.

The big difference between Guterres and nationally-based leaders is that if the latter cannot persuade their populations to act in the “national interest” they can, if all else fails, command it. Guterres has no such levers to pull. Indeed, the very idea of a powerful UN with a real capacity to act is likely to induce widespread alarm, especially in the United States where large numbers of people are decidedly paranoid about the prospect of collective international action, no matter how unlikely it may be in reality.

The prospects of developing what Guterres calls a “coalition of the world”, rather than “the willing” of the sort that invaded Iraq without a UN mandate, looks remote indeed. You would have to be an optimist of the pluckiest variety to imagine Xi Jinping and Joe Biden – let alone Vladimir Putin – sitting down to nut out a plan to address global warming, for example.

And yet “our planet is burning”, as the Secretary General diligently points out. Little wonder anxiety is reaching epidemic proportions among the young as they despair of their elders’ efforts, or – more accurately – lack of effort in addressing future challenges, rather than righting the supposed wrongs of the past.

At least Guterres genuinely seems to understand the scale and urgency of the challenges, even if he can do little to actually address them without the cooperation of powerful nation states. Paradoxically, states remain the most effective ways to organise collective action we have yet devised. Unfortunately, we haven’t figured out how to use this power consistently across national borders, or not outside of wars, at least. Let’s hope Guterres can help us avoid another one of those, at least.

Previous Article
The Rohingya issue requires a regional solution
Next Article
Right-wing extremists: the danger not of bombs but ballots

China has harnessed domestic social media to spread its propaganda. What happens when it exports the same tactics?
Mustafa Aryan 26 Sep 2019 09:00

Ghani’s ranks are depleted with the exodus of erstwhile influential allies, but he remains a frontrunner with Abdullah.
Ryosuke Hanada 10 Jun 2022 09:00