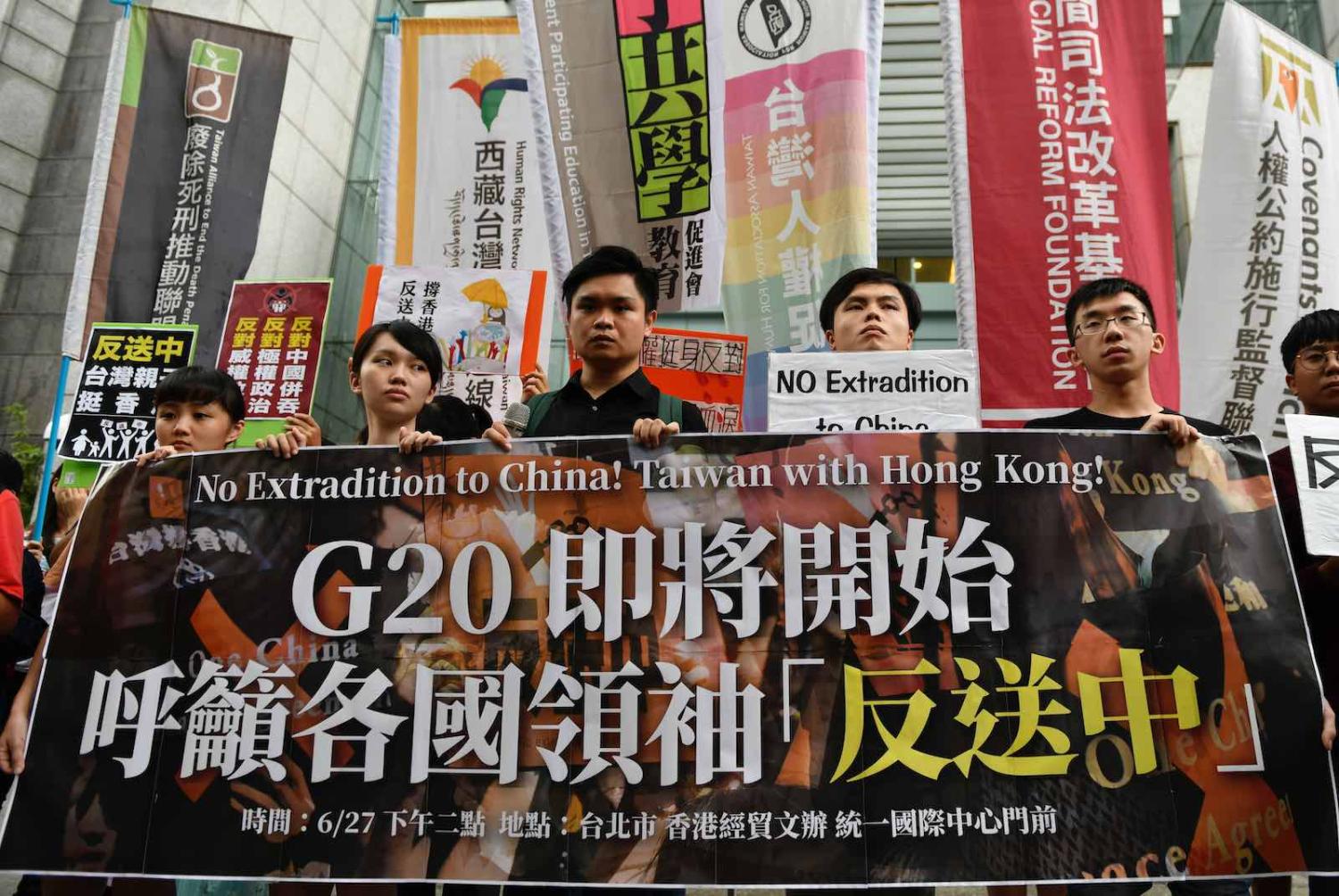 Other than the Chinese government in Beijing, the authorities in Taiwan are closely watching the latest developments in Hong Kong. After a series of protests in the Chinese special administrative region, Hong Kong’s Chief Executive Carrie Lam has since abandoned a proposed extradition bill that could have seen any national living or simply transiting in the city sent to mainland China for trial. But the regional effects of the protests will reverberate for a while yet.

After Hong Kong was returned to China in 1997, the territory was given a high degree of autonomy under “one country, two systems” principle formulated by the late Chinese reformist Deng Xiaoping. This was meant to guarantee Hong Kong’s borders, independent judicial system, parliament and freedom of assembly for the next 50 years as part of the deal between Britain and China.

Beijing had also offered the “one country, two systems” framework to the government in Taipei in hope of unifying Taiwan with mainland China, for what President Xi Jinping has described as “a must for the great rejuvenation of the Chinese nation in the new era”, long before the system was implemented in Hong Kong.

Taiwan, officially the Republic of China, is a country in all but name. It has the ability to establish diplomatic ties with other states and is in charge of its own military that guards its borders. It also has a democratically-elected government, with multiple parties represented in its parliament, and could be seen as the ideal democracy in the Chinese-speaking world.

Taiwan, officially the Republic of China, is a country in all but name.

Taiwan, however, is not a member of the United Nations. China has consistently claimed Taiwan as part of its territory and Beijing has said that it will take Taiwan by force should Taipei declare formal independence.

During Deng’s visit to the United States in 1979, he publicly said for the first time that Beijing “will respect the realities and current systems there so long as Taiwan returns to the Motherland”. Three years later, Deng proposed the idea of “solving the Taiwan question” by saying: “Two different systems are allowed to co-exist … By and large, the relevant policies may be applied not just to Taiwan, but also to Hong Kong.”

The government in Taiwan, however, has opposed the “one country, two system” initiative from Beijing. This has only be reinforced in statements following the protests in Hong Kong.

We stand with all freedom-loving people of #HongKong. In their faces, we see the longing for freedom, & are reminded that #Taiwan’s hard-earned democracy must be guarded & renewed by every generation.

As long as I’m President, “one country, two systems” will never be an option. https://t.co/yYckfeNxw0

Taiwan’s Foreign Minister Joseph Wu has also tweeted under his foreign ministry’s Twitter handle opposing the “one country, two systems” during subsequent protests on the 22nd anniversary of the Hong Kong handover:

On the 22nd anniversary of #HongKong’s handover, citizens are seething with anger & frustration. It’s clear the CCP regime’s “one country, two systems” is nothing but a lie. I urge the global community to support the people’s struggle for freedom & fully democratic elections. JW

Meanwhile, Taiwan’s Mainland Affairs Council, responsible for planning and handling of China matters, released a poll in March reporting 79% of the Taiwanese public disapproved China’s “one country, two systems” and 87.7% of the public believed that Taiwan’s future should be decided by the 23 million people of Taiwan. With Taiwan’s presidential election scheduled to take place in January, the Hong Kong protests could see this already strong opposition only increase.

This latest episode in Hong Kong will certainly make the government in Taipei more determined in its efforts to convince the world that Taiwan does not want to be a part of the People’s Republic of China. And most Taiwanese would prefer to maintain their hard-earned democracy rather than rule from Beijing. Taiwan might strive to keep the current status quo for as long as it can, but its position on China has always been clear.

Beijing is a minor player in development finance for Dili – but it’s a different story with state-owned enterprises.
Charlie Lyons Jones 8 Jan 2019 14:00

The Taiwanese president struggles to get the green light for DPP leadership in the 2020 presidential elections.
John Edwards 24 Jan 2018 16:00

The problem for the global economy is not what the Trump administration has done so far. It is what it may contemplate doing next.