Recovering troop remains and negotiating denuclearisation are vital to end-of-war declarations on the Korean peninsula. 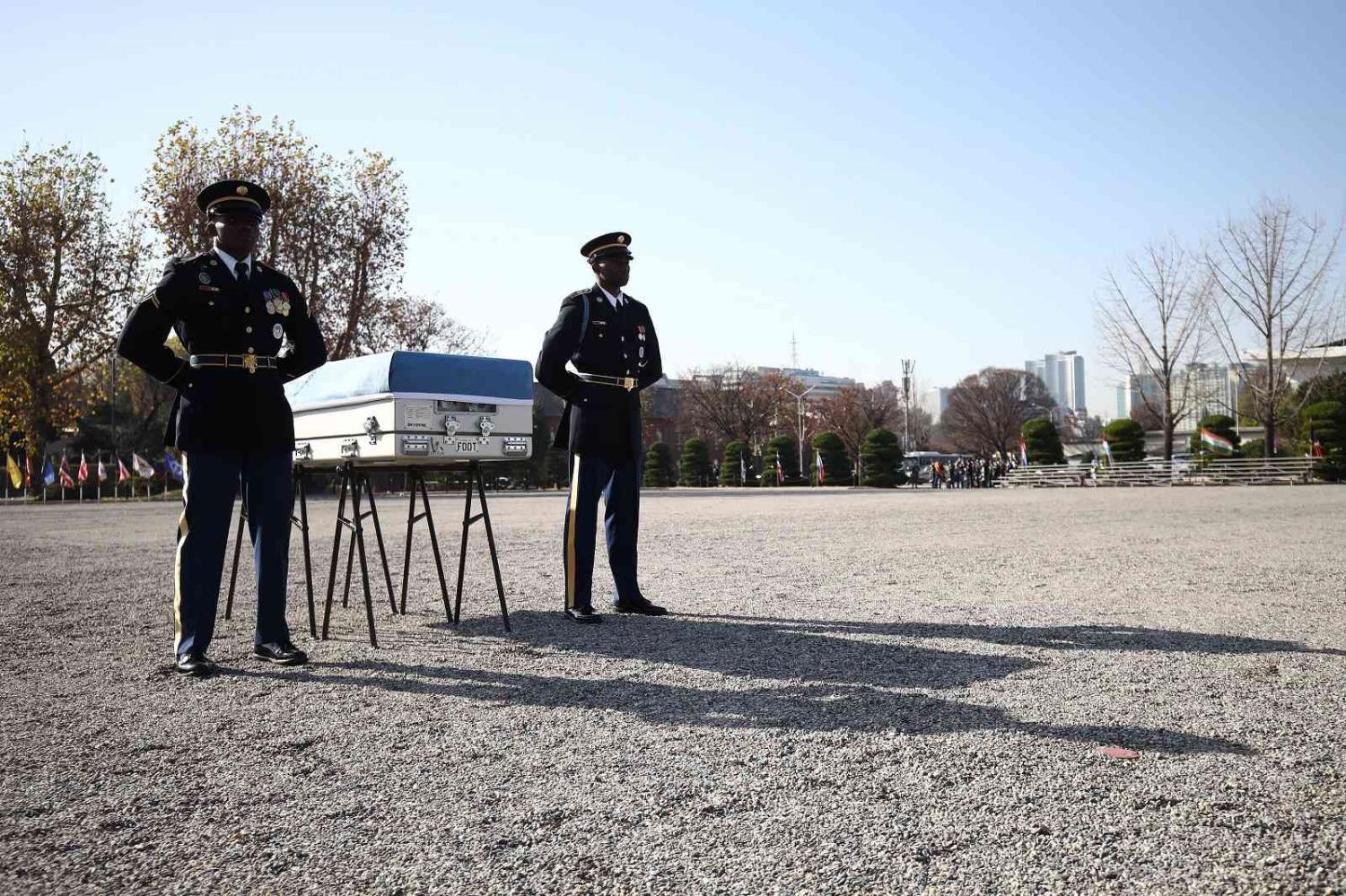 Almost 70 years on, the Korean war is still not formally over. The United States and South Korea are in the final stages of drafting an end-of-war declaration text. Since his address at the United Nations General Assembly in September, South Korea’s President Moon Jae-in has made the declaration one of the last major peace initiatives towards North Korea for his tenure.

However, there have been signals that the United States and South Korea are not on the same page with respect to the declaration despite their show of unity in public. The United States wanted North Korea to make concrete efforts to denuclearise first before declaring an end to the war, while South Korea wanted to end the war first to restart the negotiations and lock in a roadmap for future engagements. The United States is also concerned about the negative impact of the declaration on the cohesion of the US-South Korea alliance, whose raison d'être is to deter another North Korean invasion.

From a broader perspective, the ongoing discussion of the end-of-war declaration can be linked back to the 2018 Singapore Joint Declaration between the United States and North Korea, when Donald Trump famously shook hands with Kim Jong-un. In the joint declaration, Washington and Pyongyang committed to “establish new US–DPRK relations” and “build a lasting stable peace regime”.

Could further cooperation on POW/MIA issues break the current deadlock in denuclearisation talks and declaring the end to the Korean war?

Both sides also pledged to cooperate to recover the remains of those soldiers still counted as “prisoners of war” (POWs) or “missing in action” (MIA). While a new relationship is hard to come by, the POW/MIA issue is one that the two enemies can quickly cooperate on at a low cost and build confidence towards normalisation. In contrast to its foot-dragging in denuclearisation negotiations, North Korea sent back 55 US war remains one month after the 2018 Singapore summit. Moon also explained in his speech in September that the search for the remains of POWs/MIAs could contribute to building peace on the Korean peninsula.

Is there truly a prospect for a more normal US-North Korea relationship? Could further cooperation on POW/MIA issues break the current deadlock in denuclearisation talks and declaring the end to the Korean war?

The experience following the Vietnam war provides some basis for comparison. The POW/MIA issue was a major area of cooperation before Hanoi and Washington finally normalised relations in 1995. Understanding how the US-Vietnam negotiations progressed helps shed light on the US priority between security interests and reconciling with a former enemy.

Many American officials were sceptical of Vietnamese intentions in these MIA talks, thinking that Hanoi was using the war dead as a leverage to get US diplomatic recognition despite its military presence in Cambodia. However, US-Vietnam relations quickly improved in 1990 as Hanoi had fully withdrawn troops from Cambodia a year prior. The United States still did not lift a trade embargo on Vietnam, pending a political settlement for Cambodia.

Only after the 1991 Cambodian Peace Agreement was signed did the United States signal it was open to talking normalisation with Hanoi. In the years after, despite slow progress on the MIA issue, the Clinton administration decided to lift an embargo early on the grounds that a better relationship would help, not hinder, the search for MIA soldiers. Moreover, better US-Vietnam ties would help check the rise of China.

The US-Vietnam normalisation process shows that Washington can prioritise its security interests above the POW/MIA issue, looking for its counterpart to make concrete commitments before ending the state of enmity.

Dealing with POW/MIA issues is one of many ways to improve US-North Korea relations, but for the United States, reconciliation cannot come before denuclearisation.

This same US calculation plays into the current end-of-war declaration negotiations about the Korean war, as the United States does not want to improve relations with North Korea as long as Pyongyang fails to commit to giving up its nuclear weapons. There is fear that ending the Korean war would end the presence of the United Nations Command in South Korea while North Korea is still building its nuclear arsenal. North Korea would, however, welcome such a move since it has supported dismantling the Command and a withdrawal of US troops from the South.

Critics also point to an inter-Korean statement in 2007 between former South Korean President Roh Moo-hyun and North Korean leader Kim Jong-il in which both sides pledged to “put an end to military hostilities, mitigate tensions and guarantee peace on the Korean Peninsula”. The statement is in essence similar to the proposed end-of-war declaration, but it did not prevent North Korean attacks on the South in 2010 or stop the North’s nuclear program. It is thus not hard to understand why American officials have tried to keep silent on the declaration in its readout of meeting with South Korean counterparts.

Dealing with POW/MIA issues is one of many ways to improve US-North Korea relations, but for the United States, reconciliation cannot come before denuclearisation. With five months left in office, Moon’s end-of-war declaration seems so close yet so far way. The conservative candidate for the presidential election in March 2022, Yoon Seok-youl, has already opposed the declaration, agreeing with US calculations that denuclearisation must come first.

Yoon is currently leading in the polls over the liberal candidate Lee Jae-myung. Even if the United States and South Korea declare an end to the war before Moon’s term expires, there is no guarantee that US-North Korea relations will really become peaceful in 2022.

Previous Article
Kurt Campbell on what America is for, “rather than what we’re against”
Next Article
Russia, more than China, leaves India with a dilemma

Malaysia is not the only country consumed by speculation about who takes over from a conspicuous and captivating leader.
Tom Fawthrop 17 Jan 2017 12:28

Can middle powers like Australia and Canada maintain their societal liberalism in a global order no longer supported by the US? We might soon find out.