How to Interpret 2022: A Taiwan crisis

One of Asia’s flashpoints again tested regional relations, as well as analysts. 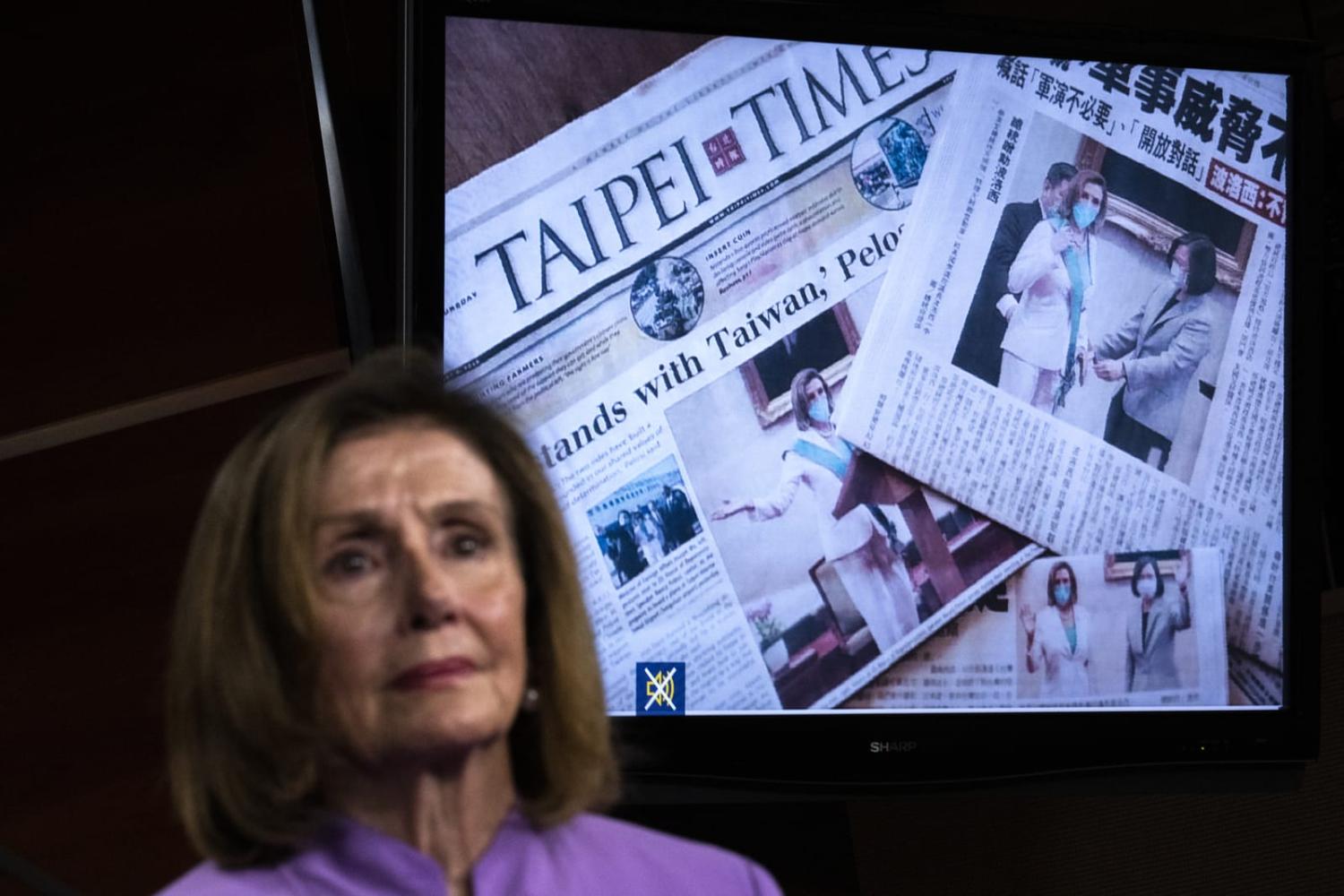 One overnight stay. But that flying visit to Taiwan in August by Nancy Pelosi, Speaker of the US House of Representatives, second in line for the presidency, certainly caused a stir. So much that John Culver declared “the status quo in the Strait has changed”. China lobbed missiles, sent fighter jets screeching across the skies and warships to churn already turbulent waters (all as “exercises”), only for the commotion to eventually peter out.

“It’s a weird crisis, if it can be called that,” Culver wrote. “The overall response by Washington and Taipei amounted to treating Beijing like it will thrash about for a while until exhausted.” Even though, as he continued, “China seeks to test how far it can go, in every domain.”

In the 2022 Lowy Poll, for the first time, the majority of Australians would favour using the Australian military “if China invaded Taiwan and the United States decided to intervene”.

Cherry Hitkari was quick to note that this “new era” for cross-Strait relations – at least from China’s perspective – was personified after Beijing released a new white paper presenting the challenge in “starkly realist terms”.

It states that if not unified with China, Taiwan will be used as a “pawn” in foreign efforts to “contain China” (a phrase that appears five times in the document), with the ruling Democratic Progressive Party administration in Taiwan and the United States identified as the chief perpetrators.

According to Jade Guan, a heady mix of history, nationalism and the narrative of Chinese Communist Party explained why China would never renounce the threat of force against Taiwan.

This position has been consistent among the five generations of People’s Republic leadership. Any Chinese leader shifting away from the position of unifying Taiwan by whatever means would be engulfed by nationalistic sentiment, developed throughout China’s modern history and strengthened in the Chinese patriotic education in the post-Cold War era.

Not that people in Taiwan would stand idly by, as Guan explained in a further article. “Taiwan’s politics and emphasis on democratic identity are key drivers of its significant agency and regional dynamism.”

Still, while hard enough for the people in Taiwan, all this was also a worry for Australians, as Natasha Kassam reported from the results of the 2022 Lowy Poll. “A potential conflict over Taiwan, as well as the foreign policies of Russia and China, now sit at the top of the list of threats to Australia’s interests.” Kassam went on to explain:

In 2022, for the first time, the majority of Australians (51%) would favour using the Australian military “if China invaded Taiwan and the United States decided to intervene”. This marks an eight-point increase since the question was last asked in 2019.

Not that anyone should get too carried away, Adam Lockyer cautioned. “An invasion of Taiwan, however, would be the largest amphibious assault in history and the world would have months of warning that it was coming.”

The region watched closely. Susannah Patton examined the Philippines as a case-study, an ASEAN member and American ally, with a new president attempting to straddle the legacy of frosty ties with Washington and a territorial dispute of its own with Beijing. But looking at South Korea, Henry Storey saw mostly public ambivalence – understandable, he wrote, given the overweening risk from North Korea – even though “Taiwan matters deeply for South Korea’s security” with the potential to draw in the almost 30,000 American troops based in the country.

We must tentatively conclude that the Biden administration has changed its declaratory policy on what is, perhaps, the most important foreign-policy question in the world today. They have half-abandoned the old policy by having Biden say one thing and his officials say another. They are deliberately creating ambiguity about whether strategic ambiguity is or is not still their policy. And they may even be calculatingly exploiting age-related doubts about the President’s mental acuity to do it.

Not that Xi Jinping should feel comfortable, warned Thi Mai Anh Nguyen, even has the Chinese president was cheered by the party elites for third term and spoke of “reunification”. “These same allies will also inevitably compete with each other to enhance their personal power, building their own patron-client networks, influencing policy and even military affairs in order to secure their standing against lower-level supporters.”

Taiwan: The age-old question of who gets a vote

A proposal to lower the voting age to 18 leaves the electorate surprisingly apprehensive – even younger Taiwanese.
Nicole Curato 6 Mar 2020 10:00

History is too often reduced to a cartoonish view, but a proper perspective is crucial to chart the next challenges.