If you had 30 minutes with the PM, what would you ask?

To kick off a new series with foreign envoys in Canberra, I quiz Botswana’s representative about dealing with Australia. 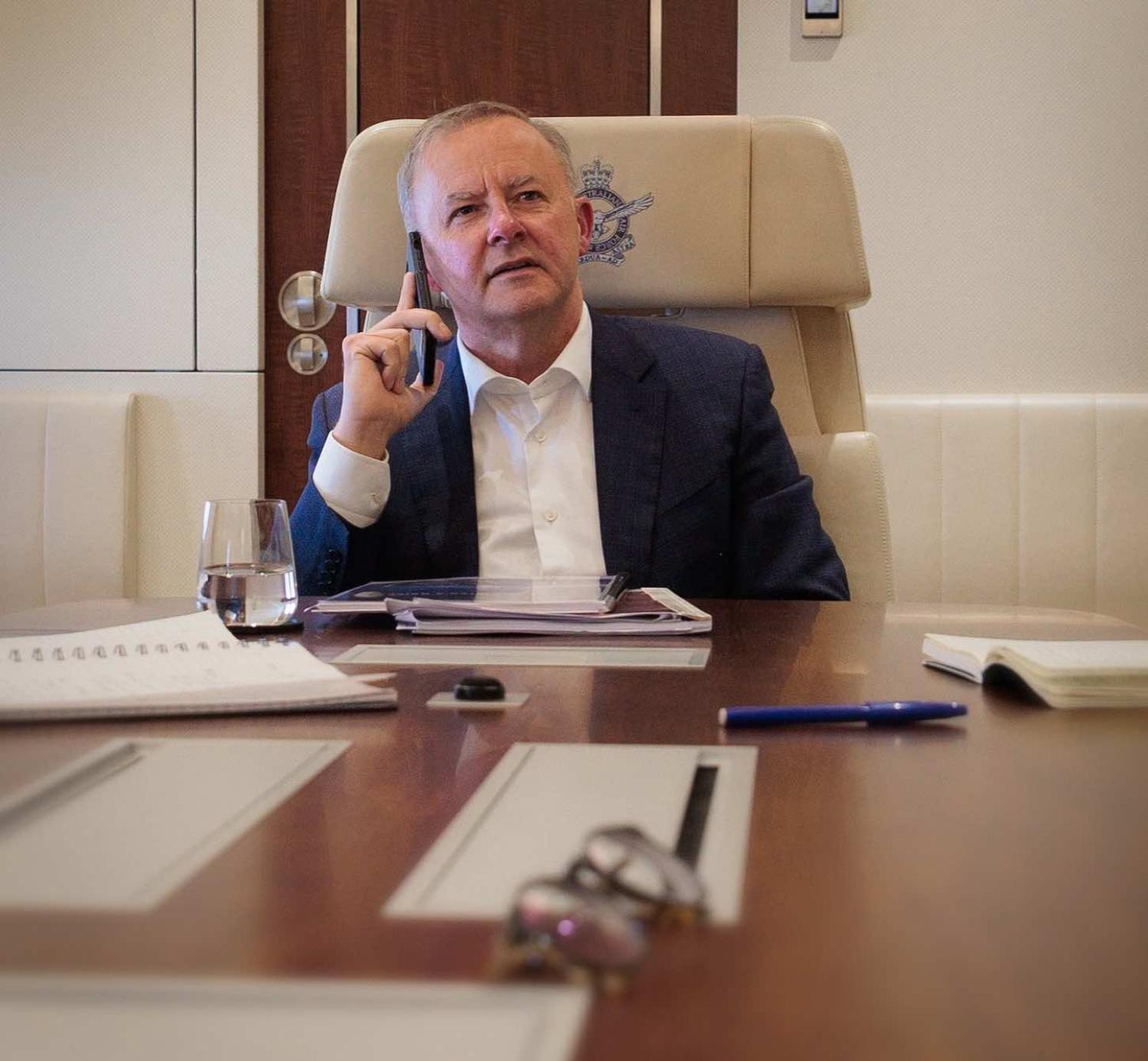 If some of Canberra’s less prominent representatives could snaffle half-an-hour to speak with Anthony Albanese, what key issues would they raise about relations with Australia? (@AlboMP/Twitter)
Published 1 Aug 2022     Follow @danielflitton

“Right. So I’m going to pretend that you are the recently voted upon Prime Minister?”

Exactly, I reply, smiling across the screen to Dorcas Makgato, High Commissioner for Botswana to Australia. Her Excellency – titles are boring, she laughs – has kindly agreed to an online interview for a new series of articles that I’m putting together for The Interpreter.

The premise is simple. A new PM has moved into The Lodge in Canberra, launching himself into the foreign affairs realm with gusto. The Quad, Indonesia, NATO, Ukraine, Russia, China, and the Pacific. It’s an already crowded agenda.

But what of elsewhere in the world? What if some of Canberra’s … let’s put this tactfully … less prominent plenipotentiaries, at least in the sense of media coverage about their home countries, could snaffle half-an-hour to speak with Anthony Albanese? What key issues would they raise about relations with Australia?

“I’ll start like a typical diplomat,” Makgato says, emphasising longstanding connections between Botswana and Australia. But that’s not to suggest she is going to waffle or dodge the point. Throughout our conversation, Makgato’s comments are straightforward and revealing.

Her overall message? Australia needs to do better on Africa overall. “Neglected” is a word she uses.

A partner of potential is what Makgato wants Australians to see. Flip the conversation and recognise that Africa has something to give.

“We understand and we appreciate the fact that currently there’s a preoccupation – I don’t know if that’s a palatable word – a preoccupation or immediate focus on the Asia Pacific region, for pretty obvious reasons,” Makgato says. But she offers an example. If the PM was to stand up and deliver a 15- or 20-minute speech about the state of the world, the many challenges faced and the complex solutions required, she believes it would be essential to incorporate the huge continent of Africa into perspective.

“If you didn’t have the word Africa in that speech, I would worry for him. That’s as basic as it is.” 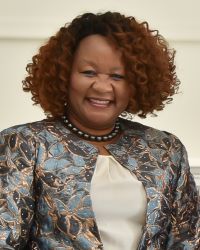 A partner of potential is what Makgato, pictured, wants Australians to see. Flip the conversation and recognise that Africa with more than 50 countries has something to give for trade and investment. That also means escaping some lingering assumptions. Aid-dependency is one – the World Bank ranks Botswana “upper middle income”. But more immediately and practically, the lack of reciprocal access to visas to Australia presents an obstacle – as does access to the machinery of government in Australia, too.

“We don’t even have access to I think assistant secretary level … I’m representing my head of state with all the powers that you need. At bare minimum, I should be able to meet the Minister of Foreign Affairs. Bare minimum. That’s what we do at home, that’s the reciprocity that we’re talking about. If I want to go and see the Minister of Education, it shouldn’t be too hard. So access to [the PM’s] executive is important for us.”

But let’s get back to speaking like a diplomat for a moment. Shared membership of the Commonwealth organisation offers a point of connection. Botswana, independent from Britain since 1966, ranks well on good governance measures internationally and is widely regarded as southern Africa’s most stable democracy. Makgato lists off the usual buzz words – shared values and norms, transparency, the rules-based world order – “we believe very much in equal opportunities, all those things.” (Makgato really does have a delightful candour.)

And she wants people to understand her country’s enduring commitment to building ties with Australia. “The first demonstration was to actually own our embassy.” Botswana’s government has purpose-built its chancellery building in Canberra’s well-to-do suburb of Deakin, a bright cultural mural decorating the curved brick façade. “We’re very well invested because we are here to stay.” 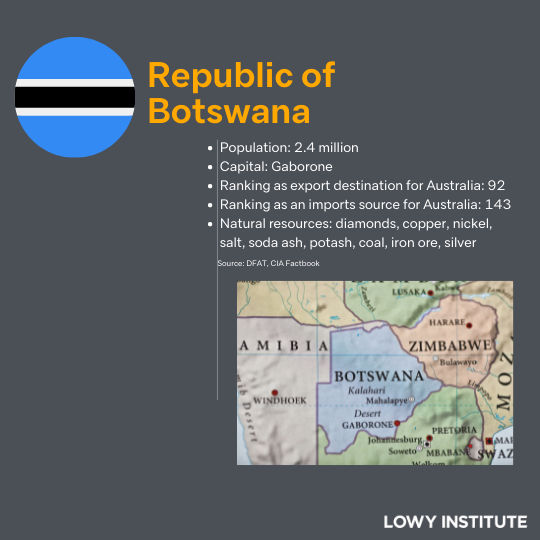 When Makgato arrived in February 2020, having herself served as a cabinet minister in government, she was enthusiastic about the prospects for stronger relations. The Senate had just handed down an inquiry report, Australia’s trade and investment relationships with the countries of Africa, which saw opportunity in the ambition to establish a continental free trade area. Her message was Botswana should be a “stepping stone” – a landlocked country about two-thirds the size of New South Wales, but stable and dependable as it transitions from a mining and resources to a vision for a knowledge-based economy.

As the world gradually resolves to living with the virus after more than two years mixing closed borders and lockdowns, Makgato echoes the call of many countries in this region for Australia to relax its visa process – particularly for Botswana, where English is one of two official languages.

“Remember, we were a protectorate under the British. And so when you go to Botswana, trust me, as you’re walking in the street, you speak English, somebody will understand what you’re talking about. And we come to Australia, and we are asked to pay to be tested for English proficiency.” She offers a personal story to underscore the point.

“I’m here with my 17-year-old who’s been at Canberra Grammar. And as soon as he goes to university, despite the fact that he’s been here for years with me, in Australia, in Canberra Grammar, he can’t get into an Australian university without an English proficiency test. How’s that?”

It signals a lack of trust, she says, later putting it even more bluntly. “It leaves kind of a bad taste in your mouth.”

“Think beyond just recognising us when we have to deal with the voting system in the UN or … positions in the multilateral system. Recognise us beyond that. Let’s engage.”

Universities are one connection that Botswana has sought to build with Australia. The country pays for students to be educated abroad. Hundreds used to go to the United Kingdom, only for the rising value of the pound to make Australia the destination of choice for the past decade or so. “We have sent in excess of 600 students, probably, into Australian universities. And we were paying for that. And this was when we as Botswana were still developing our own institutions capacity.”

When Batswana visit the UK, it’s visa free. Not so Australia.

And if I was to tuck my Australian passport in my pocket and fly to Botswana tomorrow as a tourist?

“You arrive, you drive, my brother.”

Time is running out. Our 30 minutes has nearly disappeared and the hypothetical queue outside the door of the PM’s office is growing. We’ve covered the importance of Africa as an economic opportunity, better access to government (she says working at the state level in Australia is typically easier and more productive, with a range of cooperation and technical agreements), moderating visa requirements and Australia’s obstinate (my word, not hers) approach to English-language proficiency tests.

I take the chance to raise one last talking point.

Australia has announced a bid again for a seat on the UN Security Council, I ask, and had tremendous support from Africa last time around when it won in 2011.

“Yes, but what did we have in return?” Makgato says.

Maybe a ministerial or a presidential visit would help, I wonder, a face-to-face meeting to put the issues about Africa on the PM’s radar?

“I just think beyond just recognising us when we have to deal with the voting system in the UN or voting system for positions in the multilateral system. Recognise us beyond that. Let’s engage.”

Previous Article
Economic diplomacy: The Pacific reset needs real commercial investment
Next Article
Can we please have a real debate on nuclear submarines?

The idea of a ‘grand bargain’ between the US and Russia has evaporated in recent weeks.
Jonathan Pryke 6 Dec 2017 17:36

What next for Papua New Guinea?

Russia is not really withdrawing from Syria

Vladimir Putin is burnishing his strong-man image but Russian forces are still in Syria.