Joint war games in the Indian Ocean are not symbolic – and the message isn’t lost on Beijing. 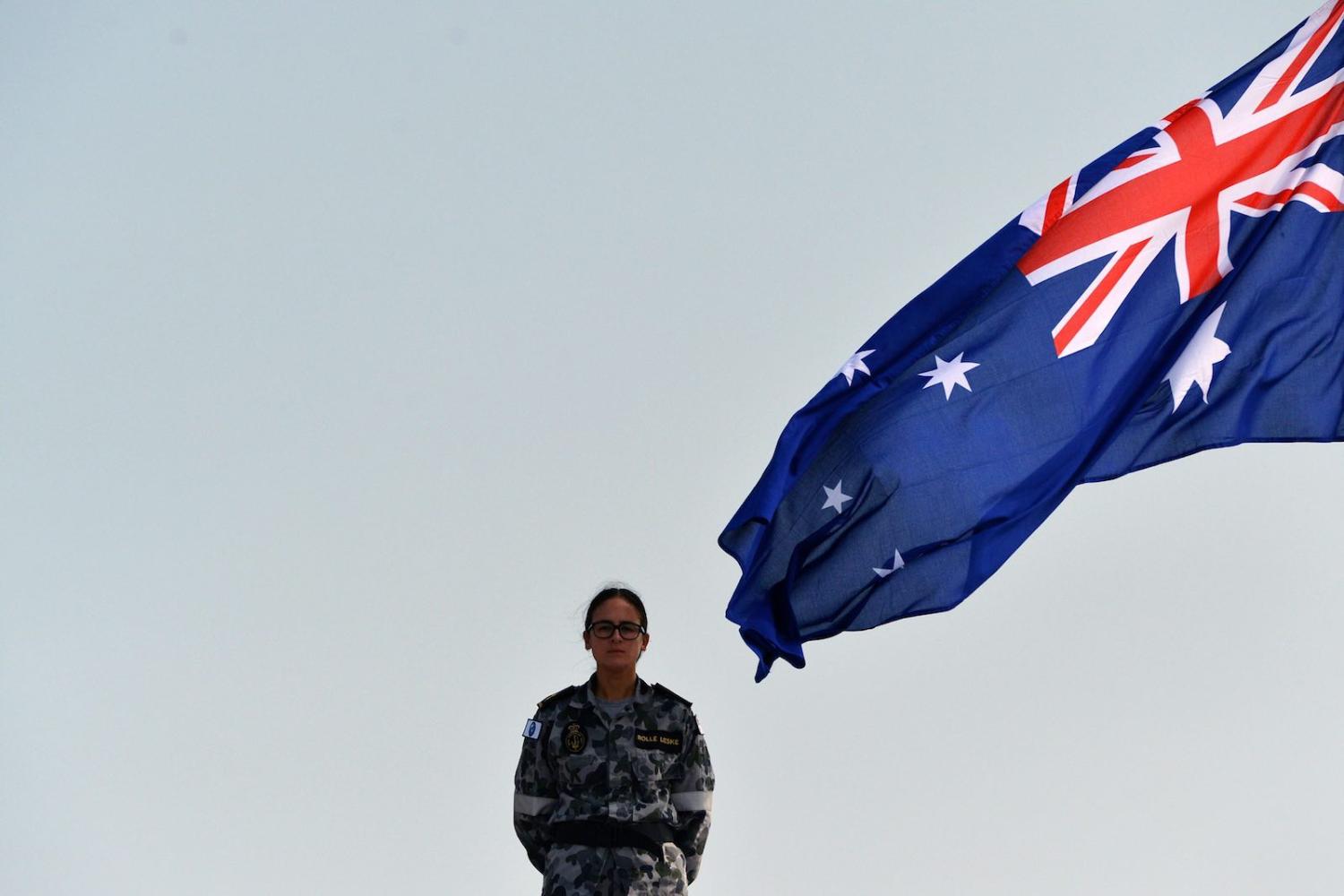 Australia’s inclusion in the Malabar naval exercises would mean that all four members of the Quadrilateral Dialogue would be involved in war games in the Indo-Pacific (Ishara S. Kodikara/AFP/Getty Images)
Published 21 Jul 2020     Follow @pomegranitaa

Australia’s strategy on engaging India has long revolved around the so-called “three Cs”: cricket, curry and the Commonwealth.

In light of the changing status of bilateral relations in 2020, let’s add a couple more Cs to the list: China, and containment of.

On Friday, it emerged that India is very likely to invite Australia to join its Malabar naval exercises, a sign that shared national security concerns over China’s perceived expansionism in the region is bringing the two countries closer together.

The Malabar naval exercises – also referred to as Exercise Malabar – are trilateral war games involving the United States, Japan and India, which have been running annually since 1992 (with Tokyo involved from 2015). Taking place mostly in the Bay of Bengal - although at times elsewhere in Indo-Pacific waters – Australia has long sought to be included. An invitation from India would signpost that the relationship is moving to a new level, and vitally, would represent a real coup for Australian diplomacy.

While no official announcement has yet been made, Indian media last week reported that “Australia’s inclusion in the trilateral exercise is only a matter of time,” following a key meeting of India’s Ministry of Defence on Friday, during which the invitation was discussed.

The Malabar exercises are set to be held at the end of the year, delayed by the Covid-19 pandemic. Australia has taken part once before, in 2007, along with Singapore, but Beijing pushed back, meaning that India demurred on repeating the invitation, ostensibly for fear of needlessly antagonising China, despite Canberra’s clear willingness to take part.

Australia’s inclusion would mean that all four members of the Quadrilateral Dialogue would essentially be involved in war games in the Indo-Pacific, a key staging point for China in its apparent aspirations for regional domination. The message is not symbolic – and it is not lost on Beijing.

“In a bid to achieve a leading role in the region, India needs to seek more support from regional powers,” opined the Global Times. “Intending to invite Australia to the Malabar drill can be seen as pursuing support from Australia. If New Delhi is bolstered by Canberra, it will help India to expand its influence into the South Pacific via the Strait of Malacca, in line with India’s whole strategic thinking.” (The revelation that China fears India’s aspirations to be the regional hegemon may come as a pleasant surprise in New Delhi.)

The inclusion would underscore the growing relevance and importance of the Quad, lending it further credence and stability after its shaky antecedents.

What turned India’s mind around on the issue? There were whispers of Australia’s Malabar inclusion at the start of the year, however it appears that recent events in the Himalayas could have been a turning point. India suspects China is moving to claim its territory high in the Himalayas, most recently in Ladakh’s Galwan Valley, where soldiers from both sides engaged in hand-to-hand combat last month, with at least 20 deaths reported. By all accounts, the incident left a deep imprint on New Delhi, with officials realising the urgency of the need to clearly signal that it is moving to contain China.

The inclusion would underscore the growing relevance and importance of the Quad, lending it further credence and stability after its shaky antecedents – initiated in 2007, it fell apart within a year, with former Australian Prime Minister Kevin Rudd regularly blamed for a decision to withdraw. However, the grouping was revived in 2017 and representatives met several times, including in March this year to discuss the pandemic. While geographically, culturally and linguistically disparate, the four states involved in the Quad are united by one clear objective: to counter China’s growing military and economic power and ambitions.

Australia and India have been boosting their military cooperation of late: last year, the AUSINDEX joint naval exercises were held off the south Indian coast, followed by a dialogue at defence and foreign secretary level in December. In June, Prime Ministers Narendra Modi and Scott Morrison held a virtual summit, after which they agreed to numerous agreements including the Mutual Logistics Support Arrangement, which would give each other permission to use the other’s military bases and allow for more naval cooperation. They also agreed to elevate the relationship to a “comprehensive strategic partnership”, which includes a commitment to expand trade and investment.

Coupled with the increasingly strained relationship between Canberra and Beijing, the Himalayan incident could be the catalyst for something Australia has long sought ­– a warmer relationship with India. Cooperating on containment appears to be having that effect, in a way that cricket and the Commonwealth never have.

Previous Article
Moon’s North Korea vision up in smoke? Not so fast …
Next Article
Singapore’s election: Why aren’t the winners smiling?

There was no “low cost” solution for the United States other than endless conflict.
Alex Vedovi 18 Nov 2019 17:00