Moon’s North Korea vision up in smoke? Not so fast …

Undeterred by criticism, South Korea’s president may have set his sights on a smaller deal. 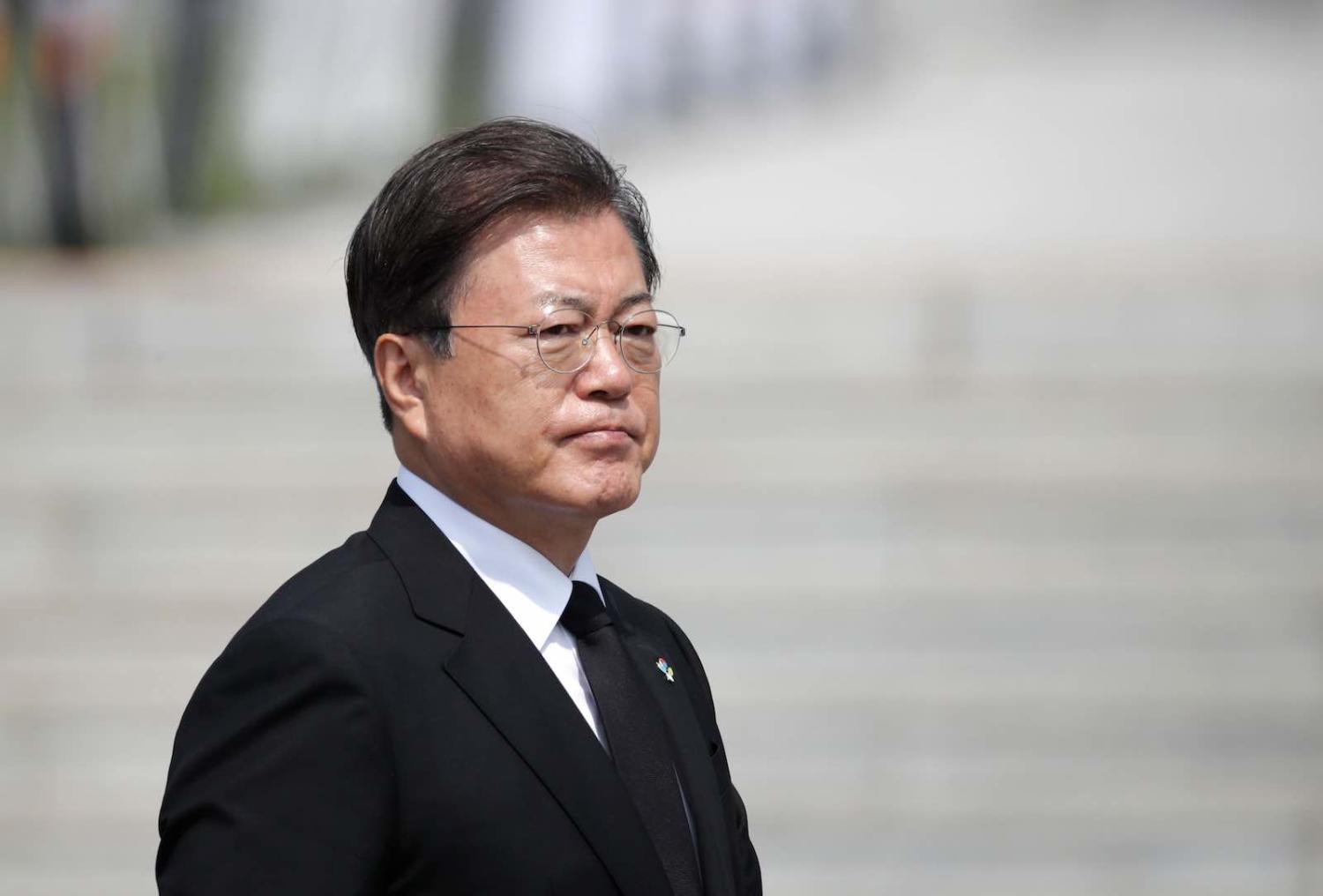 North Korea’s demolition of the inter-Korean liaison office in Kaesong on 16 June sent a powerful visual message to the world that North-South relations were degrading. But perhaps equally telling were South Korea’s handling of the destruction and the subsequent personnel and policy decisions.

North Korea’s loud warning for South Korea to refrain from interference in the ongoing US–North Korea nuclear negotiations – which, from Pyongyang’s perspective, has not been helpful in the way of delivering sanctions relief for the Kim regime – appears to have fallen on deaf ears in the Blue House, as President Moon Jae-in has placed greater emphasis on improving inter-Korean relations through progress in nuclear negotiations. Not only has Seoul’s course of action been unwelcome in Pyongyang, but its greater desire for inter-Korean peace and reconciliation has also been at odds with Washington’s goals of a complete, verifiable and irreversible denuclearisation of North Korea.

Ostensibly, the “terrific explosion” of the joint liaison office was the price Pyongyang had determined Seoul should pay for allowing anti–North Korea leaflets to fly over the border. More fundamentally, though, the Kim Jong-un regime was likely displeased with Seoul’s inability to challenge the US position on sanctions relief to breathe life into inter-Korean economic projects that had been stalled due to Pyongyang’s violation of both UN and US sanctions. That’s not to say, however, that Seoul has not made efforts to pursue inter-Korean engagement. The Moon administration, for its part, had on several occasions tested the waters for Washington’s openness to sanctions easing, and even obliquely criticised the US position on sanctions as fuelling North Korean ire towards Seoul.

Pyongyang did give Seoul a heads-up several days prior that the liaison office – described as “useless” by Kim’s younger sister Kim Yo-jong – would be completely destroyed. Problematically, a similar rationale appears to have been adopted by South Korea’s Unification Minister Kim Yeon-chul, who said that the move had been “preannounced” and that Seoul would need more details to assess the situation. The next day, Kim Yeon-chul resigned to take responsibility for his failure to manage inter-Korean relations in a stable fashion.

The South Korean government issued a series of statements following the North’s provocation, but stopped short of pursuing any measures to substantively discourage further provocations from Pyongyang or hold the Kim regime accountable. A Blue House official condemned the demolition as an act going against the grain of improving inter-Korean relations. Seoul’s Defense Ministry said it would deal strongly with any military provocations from Pyongyang.

Some are concerned that Seoul may be determined to forge ahead with inter-Korean projects and engagement regardless of Washington’s position or international sanctions.

Moon also made no direct mention of the incident, though he convened a lunch meeting with his security advisors the day after the liaison office collapsed. Per attendees, Moon expressed concerns that the South Korean public may have been disappointed by Pyongyang’s actions and conveyed regrets that the “top-down” approach to the US-North Korea nuclear negotiations did not yield much fruit in the way of denuclearisation. But he shied away from addressing or criticising the Kim regime’s behaviour.

Moon appears undeterred in his drive to push through for inter-Korean cooperation in the remainder of his presidential term. Earlier this month, the Blue House revamped its national security team with replacements named for the Unification Minister, National Security Advisor, Director of the National Intelligence Service and special advisor for diplomatic and security affairs. Moon’s selection of veterans in North Korea relations – some with extensive contacts in Pyongyang – not only underscores the primacy of inter-Korean relations in Moon’s presidential agenda, but has also raised some concerns that Seoul may be determined to forge ahead with inter-Korean projects and engagement regardless of Washington’s position or international sanctions.

But Moon’s efforts to serve as a bridge between Kim Jong-un and Donald Trump to jumpstart nuclear negotiations appear to be neither appreciated nor welcomed by North Korea. In fact, Pyongyang’s state media have consistently criticised the South Korean President for his “meddling” and self-designated arbitrator role between Pyongyang and Washington, which per the latest statement from the North Korean Foreign Ministry, is seen as making the situation more complicated between Kim and Trump. Notably, Kim Yo-jong has directed offensive rhetoric towards Moon to express her disdain for the South Korean President, questioning his intelligence and sanity, exposing his failure to deliver on his promises, and accusing him of “pro-US flunkeyism”.

US Deputy Secretary of State Stephen Biegun’s trip to Seoul last week renewed speculation surrounding the possibility of a third Trump-Kim summit in the lead-up to the November US presidential elections. North Korea was quick to dismiss prospects for another summit on the grounds that a third meeting would be of little benefit to Pyongyang – unless there were a change in US attitude. Washington, for its part, remains circumspect about the productive gains another Trump-Kim summit might yield in the way of measurably reducing the North Korean nuclear threat – let alone achieving the complete, verifiable and irreversible denuclearisation of Pyongyang.

But Seoul may have set its sights on a lower – and perhaps less productive to US interests and South Korea’s own national security – ambition of mediating a smaller deal consisting of a partial North Korean denuclearisation in exchange for easing US sanctions. And while this goal may yield some moderate gains in the way of appeasing the North Korean regime and temporarily reducing inter-Korean tensions, it would likely leave Pyongyang’s nuclear weapons and missile technology largely intact. This, in turn, could allow the Kim regime to continue wielding its nuclear aggression over its regional neighbours and maintain leverage over the US in the ongoing nuclear negotiations.

Russia’s leadership is alert to the changed military circumstances even while it clings to historic ambitions.
Craig Keating 12 Jun 2020 06:00

A fresh abduction case raises serious questions, not for the first time, about the reach of Thai authorities.
Elise Thomas 17 Oct 2018 15:00

Everyone knows Pyongyang’s criminal hackers are hard at work – but what nobody knows is how to stop them.