It looks suspiciously as if a decision is already made, even with a promised 18-month investigation only half-way done. 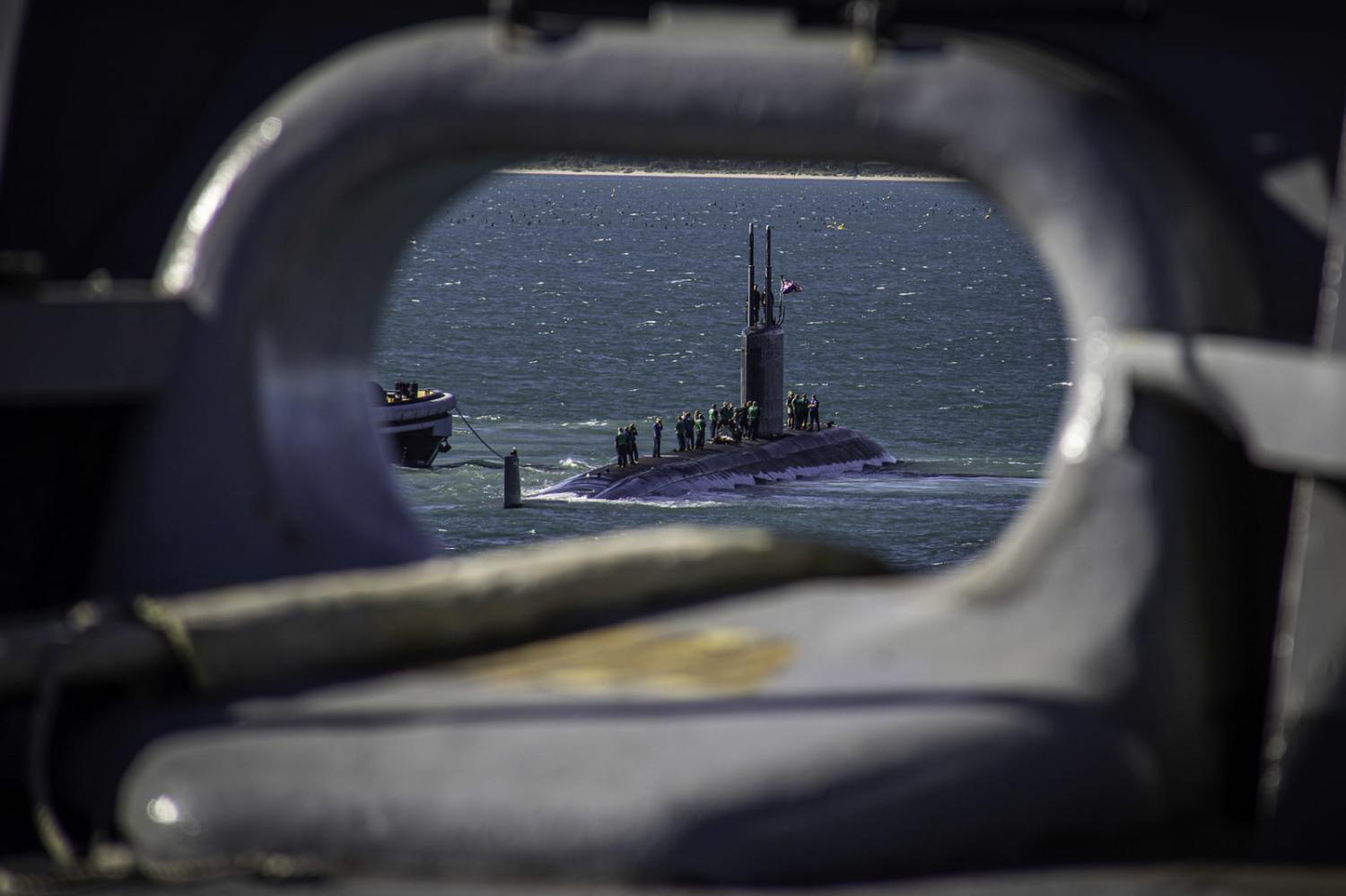 It is disingenuous to push ahead stubbornly with a plan negotiated in secret and inherited from the previous government as a fait accompli, and regardless of the proliferation and political concerns of other countries (US Pacific Fleet/Flickr)
Published 29 Jul 2022

So it’s to be full speed ahead with nuclear-propelled submarines then? This is a momentous policy decision, but it looks like it will be taken with no real debate, despite the change of government.

The AUKUS agreement to provide Australia with highly-enriched uranium powered submarines – a technology which has been denied to other countries – was made last September by a Coalition government bent on a belligerent response to the rise of China. Labor in opposition hardly dared to reject the scheme at the time and risk being “wedged” as weak on security ahead of a federal election.

Nonetheless, despite the Coalition being roundly rejected by the electorate in May, the submarine plan proceeds apace. An 18-month period of investigation commenced in September, headed by the “Nuclear Powered Submarine Taskforce” in the Department of Defence. This allows advocates to assure us that nothing is decided yet. But this could also be a shrewd way of quietly letting the plan proceed – with no room for dissent or examination of what would be best for Australia from a strategic, political, or taxpayer perspective.

The Taskforce website states that “Australia will acquire conventionally armed, nuclear-powered submarines at the earliest possible date”. And Kurt Campbell, US President Joe Biden’s Indo-Pacific National Security Council coordinator, declared recently that a decision was expected “shortly”. Labor’s new Defence Minister Richard Marles this month spoke of American and Australian defence forces being “interchangeable” and told a US audience: “What AUKUS is going to do for our nation is enable us to have access to the highest capabilities. The most significant of which is, of course, a long-range nuclear-powered submarine.” Even as federal parliament opened this week, Governor-General David Hurley reminded the nation that AUKUS would remain central “in delivering nuclear-powered submarines”.

Why the rush? It looks suspiciously as if a decision has already been made, even though we are only halfway through the period of enquiry.

On the only occasion when Australians were able to give their views on this issue to the parliament’s treaties committee, more than 100 submissions were made, even though only five days’ notice was given for these to be received. These submissions were overwhelmingly against the proposal. One poll appears to show that public sentiment has gone along with the loudest voices in support, but this has taken place in the absence of a full and proper public debate to air the costs and risks associated with nuclear submarines.

There are several reasons why the Labor government should re-consider this proposal. As Hugh White and others note, nuclear-powered submarines signal an intent to act, with the United States, in a hostile manner toward China, rather than defend the waters around Australia. The deal is about what White calls “the US’s hard-nosed strategic interest to tie us in more closely to its military strategy against China”.

Australia should be shoring up the non-proliferation regime, not setting risky precedents,

Is this what Australians want? Moreover, why is the new government being “pressured to maintain a hostile attitude towards China”, as Labor’s former trade minister Craig Emerson has said, instead of charting a new, more productive course?

A key issue – which those pushing for nuclear subs blithely waft away – is that nuclear submarines will certainly weaken nuclear non-proliferation norms. Nuclear material in submarines cannot be monitored by the International Atomic Energy Agency. Australia might have no intention of diverting the submarines’ weapons grade uranium to nuclear bombs. But some neighbours are nervous. And the precedent would allow others (Iran, South Korea) to seek nuclear submarines via a loophole blasted open by Australian advocates who have become, I suggest, “intoxicated on grand strategy”.

The international nuclear non-proliferation regime is at its most fragile point in its 52-year history. Not only are most non-nuclear weapon states disappointed by the lack of disarmament and the ongoing modernisation of nuclear weapons, but they also harbour a strong view that the regime is highly discriminatory. The sense with AUKUS is that, yet again, the big (Western) boys call all the shots, and they are willing to bend the rules for another (Western) “mate”, Australia.

Malaysia has expressed its ongoing concern about AUKUS even following a visit with reassurances by Labor’s Foreign Minister. Indonesia has lodged its disquiet with the United Nations this week. Leaders in the South Pacific feel betrayed by the return of the nuclear spectre to a region that has suffered the lasting damage of atomic testing. Australia should be shoring up the non-proliferation regime, not setting risky precedents and angering non-nuclear weapon states already resentful of the attitudes, double-standards, and actions of the nuclear weapon states and their allies.

The submarine deal was entered into without full appreciation of the repercussions that will certainly ensue. It is disingenuous to push ahead stubbornly with a plan negotiated in secret and inherited from the previous government as a fait accompli, and regardless of the proliferation and political concerns of other countries. These questions should be debated, thoroughly and seriously, to determine Australia’s optimal defence requirements. The risky choice to acquire nuclear-powered submarines should not be assumed already to have been made.

Previous Article
If you had 30 minutes with the PM, what would you ask?
Next Article
On water matters: the fate Baltic ferries tell of global order

Many Republicans privately resent US President Trump for passing responsibility on the Iran deal to Congress.
Gabriela Bernal 18 Jan 2023 03:00

Australia strikes an upbeat attitude to global engagement, while a strong US dollar masks a retreating US.