From running on autopilot to hyper-aggressive, the President now seems intent on deal-making – without constraints. 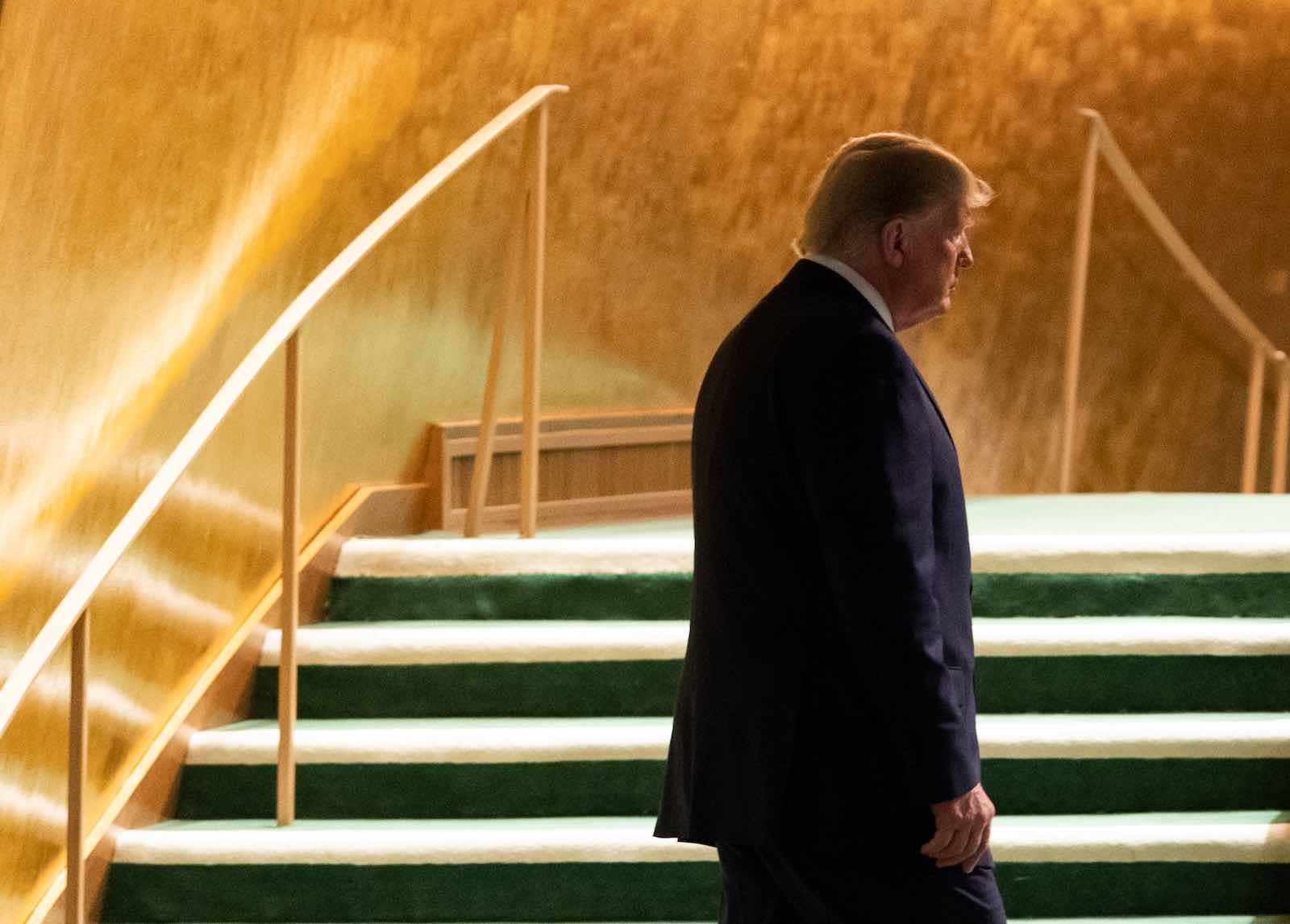 Trump’s approach to foreign policy has been without strategy - and it was a national security issue that triggered impeachment proceedings (Photo: White House/Flickr)
Published 26 Sep 2019 05:00   0 Comments       Follow @NickBisley

Nearly three quarters of the way through Donald Trump’s first term, the Democrats have launched impeachment proceedings against the President. Given that this is likely to gin up his base and produce more of the chaos and controversy on which he thrives this decision is surprising. Of the many potential “high crimes and misdemeanours” which the Democrats could have chosen to pursue, it was a national security and foreign policy issue that drove them to this difficult decision.

Politically, it is very difficult to see the articles of impeachment being passed by the Senate, so Trump is unlikely to be removed. The risk for Democrats is that impeachment drama solidifies his support and strengthens his re-election campaign. Quite where it will end is unclear but that the investigation was triggered in the international policy sphere is not surprising given Trump’s approach to foreign policy and national security.

That approach has been without strategy. Quite what it is that the administration is trying to achieve over the longer run in most areas is entirely unclear, poorly resourced, and entirely lacking in a policy process. Yet even if both its ends and means have been unclear, one can identify three broad phases in Trump’s approach to foreign policy. Washington has moved from an initial period of somewhat surprising continuity with the past, through a dangerous period of hyper-aggressivity, and now appears to have entered a phase where deal-making looks to be the order of the day.

Few knew what to expect from Trump’s foreign policy in the early days of 2017. A man who promised to hire “the best people” seemed to be opting for a safe approach in his early months in office. He appointed relatively mainstream Republican figures to key roles, including Jim Mattis to Defense, HR McMaster as National Security Advisor, and Rex Tillerson at the State Department. There was no trade war or declaration of currency manipulation for China, many of Trump’s more reckless pronouncements about allies where quietly abandoned, and key policy commitments in Asia, the Middle East and Europe were reaffirmed. The orthodox wing of the Republican party had corralled the norm-busting President.

If the first phase of Trump policy was one of inertia, with no major changes in policy, an early precedent was being set: key appointments to the machinery of international policy were not being filled. Ambassadorships lay vacant for months, vital senior roles in the national security apparatus were empty or staffed by politically weak “acting” staff. The policy process was beginning to decay. On the surface, however, partners and allies could convince themselves everything was normal and US diplomats abroad earned their keep by reassuring the world to trust the US and ignore the tweets.

Now Trump can strike out on his own free to operate without the constraints of “experts” second guessing his instincts and with his re-election as his lodestar.

Trump switched off the policy autopilot and threatened North Korea with nuclear war barely seven months into his presidency. He walked away from the Iran agreement negotiated by Obama, ratcheting up economic and political pressure on Tehran, and ditched the Paris climate accord. In early 2018 the long-threatened trade war with China began with the announcement of the first tariffs on PRC-made goods.

This second “high-pressure” phase was notable not just for white hot rhetoric and a taste for spectacle-led policy but a growing trend of threats not being kept and a sense that the Trumpian bark lacked meaningful bite. Other countries began to recognise a pattern of escalation followed by an eventual retreat. Meanwhile the trend for keeping senior positions vacant or in acting roles continued.

The removal of John Bolton on 11 September 2019 appears to have given Trump what he evidently wanted all along: a decision-making environment in the West Wing devoid of contrary voices, in which the President’s priorities can be fully realised. Under these circumstances we have entered a third phase, what is likely to be the “deal-maker” period of the Trump presidency. Here Trump’s desire to present himself as a successful negotiator in time for the 2020 election looks likely to lead to an increased appetite for settling with North Korea and China and getting the US out of Afghanistan.

The earlier phases of policy were marked by the two main wings of Republican international policy trying to influence the president; both the mainstream and the neocons were ultimately unsuccessful. Now Trump can strike out on his own free to operate without the constraints of “experts” second guessing his instincts and with his re-election as his lodestar.

An unbound Trumpian foreign policy does have some potential positives. It increases the prospects of a resolution to the trade conflict with China and will make the make the conditions better for a marked improvement of the Korean Peninsula’s security circumstances.

That said, those countries taking on the US know that Trump is fixated on re-election. They can take advantage of his domestic electoral need for diplomatic wins to improve their positions. This brings with it the risk that Trump will accept a bad bargain which he can spin for electoral purposes, but which undermines the US and its allies and partners.

Equally, there is the very strong longer-term prospect that a US that has lost credibility and is domestically constrained will lead to more confrontational and opportunistic behaviour from Russia, Iran, China, North Korea and others in the future. Equally, it was the Trumpian aspects of national security policy that has led to the launching of impeachment investigations.

Trump’s foreign policy, in his first term at least, has been a play in three acts, with the last likely to produce an approach to the world more in keeping with the President’s instincts than the conventions of Republican foreign policy. So far, he has undermined US prestige and weakened the country’s global influence. If, as seems likely, impeachment improves his electoral position, then he will be re-elected. That fourth act would fundamentally change America’s global role.