Australia has been trying to get India’s attention for some time – and it seems it has finally managed to crack through. 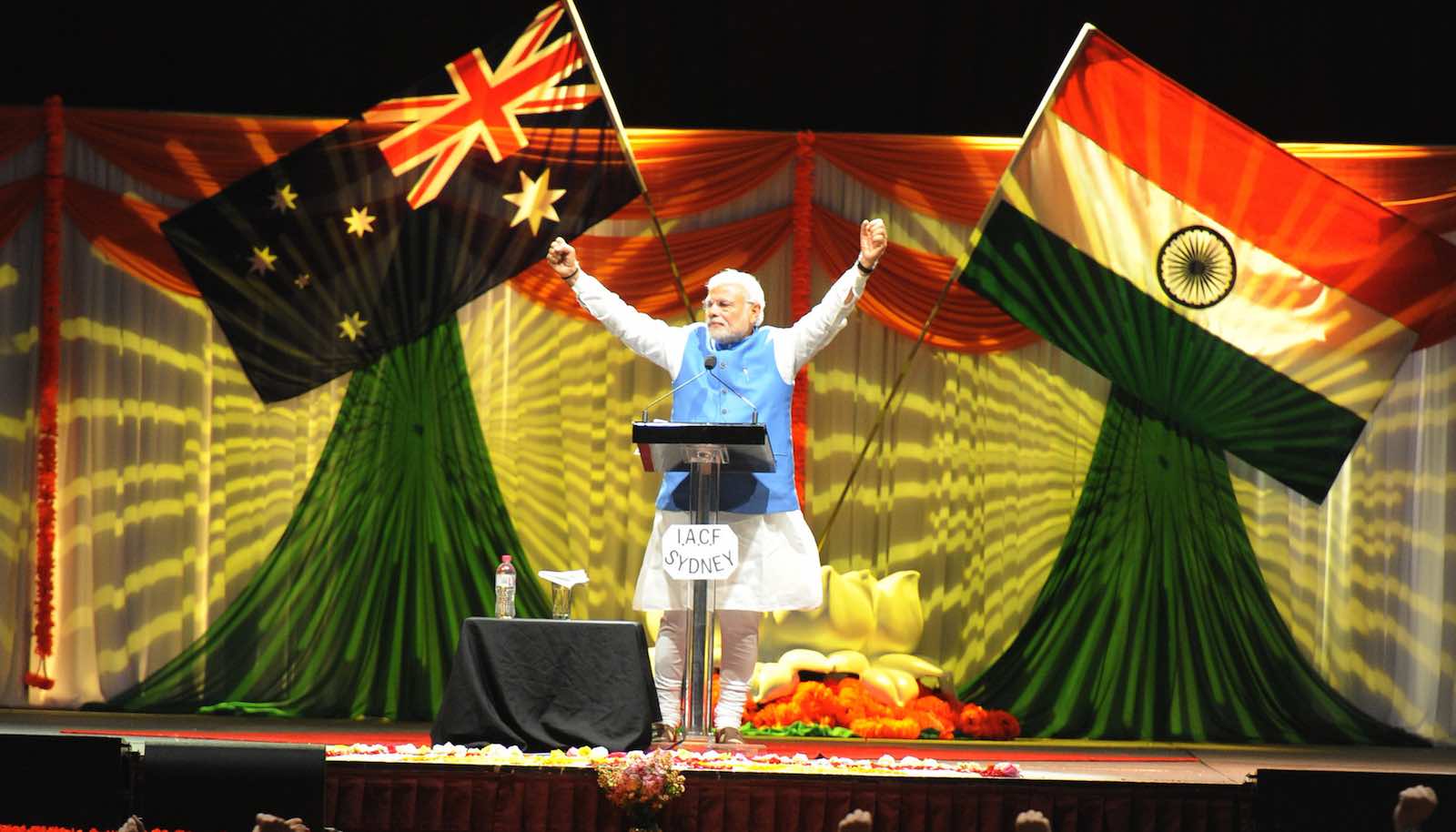 Scott Morrison is due to make his first trip to India as Australian Prime Minister next month, with stops expected in Delhi, Mumbai, and Bangalore. He has announced that he will give the keynote speech at the Raisina Dialogue, a multilateral annual global conference hosted by the Indian government in Delhi. Foreign Affairs Minister Marise Payne and Defence Minister Linda Reynolds are also listed as speakers.

The real focus of the visit is expected to be about shoring up defence ties. Australia and India are two members of the Quad, or Quadrilateral Security Dialogue, along with Japan and the US, which concerns itself mostly with communications on defence matters in the context of China’s military boost. The Quad talks are now being taken more seriously by India, having reached foreign minister level.

During the visit, the Logistics Support Agreement (LSA) is expected to be signed, which will allow the two countries to use each other’s military bases for logistical support.

A quick glance through media from the past decade or so reveals a common theme: the bilateral relationship is one that is always poised to take off but has never quite done so.

India is in the front rank of Australia’s international partnerships, alongside the US, Japan, Indonesia, and China, although for some time Australia has idled in the middle ring of India’s foreign priorities.

Australia and India have been a moment waiting to happen for many years. A quick glance through media from the past decade or so reveals a common theme: the bilateral relationship is one that is always poised to take off but has never quite done so.

The obvious question, then, is just what has prevented this from happening? Blame can be variously placed on the lack of will, clarity, and funds. But there are other, more subtle, reasons that can be thrown into the mix. My Indian friends tell me that their impressions of Australia were irredeemably clouded during the great Steve Waugh–led cricket sledging scandal of the 1990s. While Australian diplomats talk up cricket diplomacy, for Indians it can conjure up some distinctly different memories. The reports of an outbreak of attacks on Indian students in Melbourne in 2008 also did not help much. Australians insisted they were random, opportunistic attacks, but Indians maintained they were symptomatic of a deeper malaise.

But things do seem to be changing, finally. Indian media report that there were talks recently held at a defence and foreign-secretary level to discuss the LSA, which should help to continue to shore up the relationship. And earlier this this year, the Australian and Indian navies held a two-week bilateral maritime exercise, AUSINDEX.

Australia is indeed shaping up as a more important partner for India, with their shared maritime geography and cooperation to combat terrorism, piracy, and other illegal activities in the Indian Ocean. Underlying it all is the aim to balance China’s might, particularly in the Pacific and Indian oceans.

During the visit, Australia is also expected to revisit the idea of a free trade agreement with India, something Tony Abbott as prime minister was extremely keen to push through under his tenure, but negotiations stalled. The last round of negotiations was held in 2015.

Morrison and Modi are said to have a warm personal relationship, and it has been reported that the schedule has been drawn up to allow the pair more time together.

The visit comes at an interesting time: India has recently passed a controversial new citizenship bill which essentially links citizenship with religion, fast-tracking citizenship requests for religious groups from neighbouring countries, in a list that excludes Muslims. Opponents fear that it strips India of its secularist underpinnings and opens the door to further discrimination against Muslims, including the possibility of later removing citizenship from Indian Muslims.

Contrast that with the Morrison government’s religious discrimination bill, which would allow certain religious facilities – hospitals, retirement homes – to discriminate against staff on the basis of religion.

With that in mind, it appears the two leaders have more in common than not.

If conversation falters, the two can trade tips on how to deal with poor air quality – something that major cities in both countries suffer.